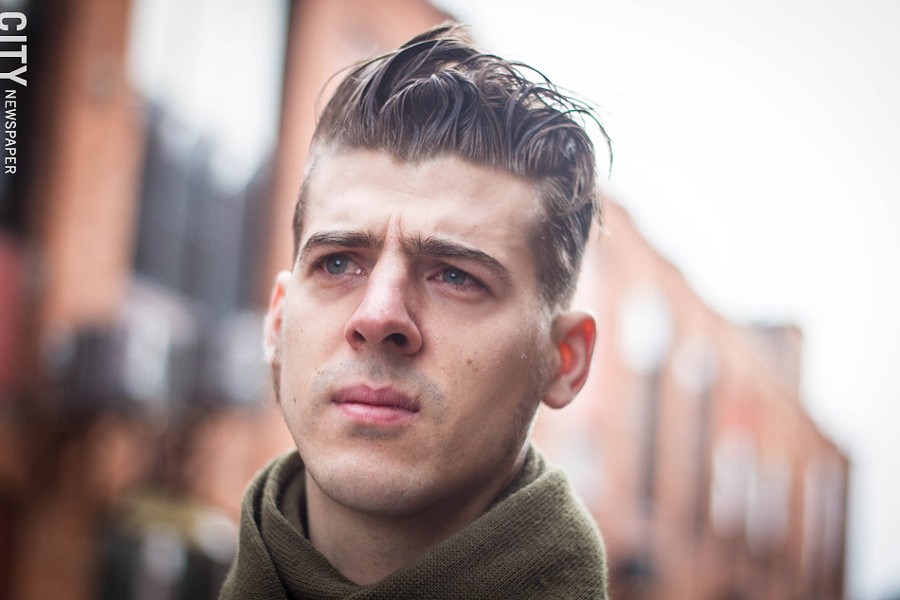 Find more about the label at reeltimerecords.storenvy.com

The pieces are there to shape a local music scene into a discernable sound. The artists in Rochester are already in place, and so is the audience. But the whole affair can seem transient and temporal, gone too soon. Bands come and go, often with their brief trip around the sun undocumented. To remedy this conundrum, record labels spring up to breathe life and to perhaps prolong the fleeting longevity.

Rochester musician and impresario Brett Kucharski has, since roughly 2010, been putting out vinyl releases on his Reel Time Records label and cassettes under Jelly Music. It's lo-fi for your hi-fi. The music on these antiquated mediums is a pure blast of unadulterated analog joy.

The label currently represents about 15 outfits. Bands like The Televisionaries, Hot Mayonnaise, and Harmonica Lewinski — to name a few — are all unofficial members of an unofficial punk scene known for its lo-fi rage and pervading sleaze factor within the rock 'n' roll. Unlike a lot of bands who lose their hard on in the studio, these Rochester groups — through their adherence to Reel Time's aesthetic — actually sport a rockin' sound where the spirit of analog becomes a contributing member: music plus analog equals hit. It f***ing rocks.

Kucharski sat down in real time with CITY to discuss the Zen of analog, releasing records with bologna in the artwork, and forever being in the red. Here's what he said. An edited transcript of the conversation follows.

CITY: What made you want to start a label?

Brett Kucharski: I work at the library; I've worked there forever. It's in my blood to document stuff. I was seeing so many bands come and go, great bands, amazing talent. They'd put out a CD-R that only a couple of their friends would get, or online tracks. You know, just really transient mediums for their music. I wanted to document all these great bands that were coming and going.

Because I feel like the imperfections of analog go perfect with the medium of rock 'n' roll. I try to do analog as much as possible, right down to the graphic design work. I do traditional rub on transfer lettering; I use traditional photography whenever possible. I do all my layouts by hand, 50 percent enlarged. I do all my basic black and white work on a photo copier. I just feel when you try to do something perfect and fail, it's in essence more human and perfect than a computer doing it right every time. That's the charm of analog. But every record and tape I put out includes a digital download card.

Are we experiencing a cassette resurgence?

I think so, yeah. They sell really well — better than the records actually. There are more songs on them; they're easy to carry around.

Do you put out records for the sake of advancing the musicians or the love of the music?

I think it's both, I tried to run this like a business, but the numbers don't show as a business. I've easily sunk $10,000 into this in the past five years. I have never seen a profit; I've been in the red forever. It's not a money making endeavor. I've tried to run it professionally like a business the best I can. It's definitely a labor of love. I'm not trying to lose money, but it's inevitable when you're in a small town and you're dealing in small quantities.

How many records and tapes do you sell annually?

I give a portion to the band or artist to sell, and then there are 30 review copies I send out. The amount of retail copies I sell is negligible.

What do you look for in a band?

Soul, passion, a band that's doing it because they need to do it. And talent obviously. I'm working with punk bands, hardcore bands, rock 'n' roll bands. I've worked with the Lake brothers and have profound respect for them as musicians and as friends. They're some of the most talented people I've met.

What style of music best defines the local scene currently?

Rochester's scene is so big and diverse it's hard to nail it down to just one thing. That's what I love about it, but that's also its pitfall.

What is your most ambitious release to date?

I put out a record by a band called Brain Car with a real slice of bologna in it with the words "rock 'n' roll" stamped in every single one. And like the Velvet Underground record, you peeled the bologna back and underneath it said, "Where's the bologna?"

How many did you press of that one?

Too many. I actually burned a bunch of them up on Pinnacle Hill a long time ago. We cut down on the numbers a little bit, made it more collectable.

How far have your records and tapes gone?

All over the world: Australia, Japan, England, France ...

And you've traveled the US preaching the Reel Time gospel?

Yeah, and those people that I've met along the way are really special people, so if I'm connecting with those people — the real freaks and weirdos that really get it — I'm doing something right because that's how some of the greatest stuff has worked its way into mainstream consciousness over the years. It wasn't popular when it came out. I mean look at The Stooges — best band in the world.

EDITOR'S NOTE: This article has been updated to correct the link to Reel Time Records' website.