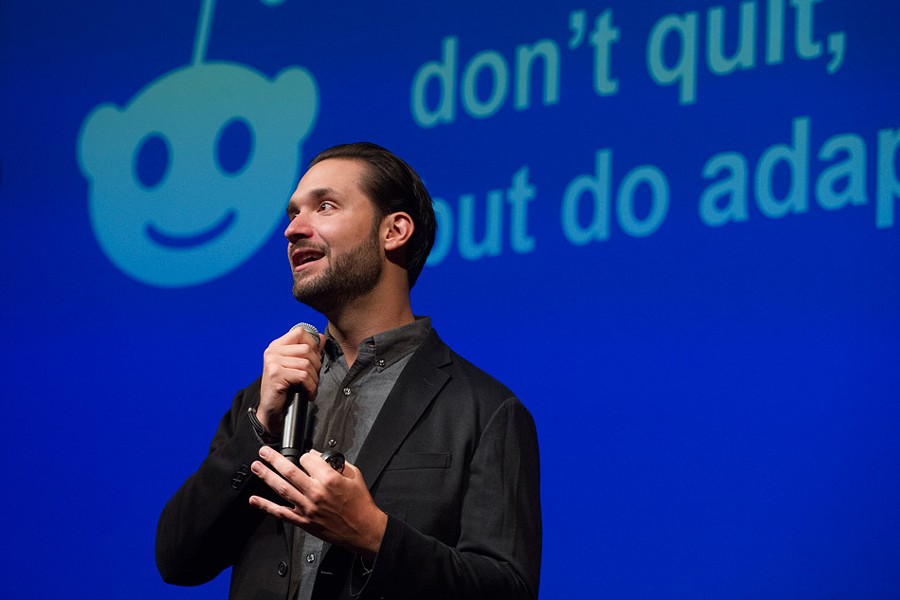 Reddit started as the project of two college kids with a $12,000 check from an investor.

Now, it's ranked as the eighth-largest website in the United States, co-founder Alexis Ohanian told a crowd at RIT's Ingle Auditorium last week. The social media site is a sprawling series of discussion boards, ranging from deep debates on sociological theory to pictures of cats with their tongues half out (a "blep").

"Whatever your interest is, there's a home for it on Reddit," Ohanian says.

Ohanian spoke as part of an annual Saunders College of Business lecture series, which is tied into the school's Brick City Weekend. He talked about how Reddit got its start and how it has evolved, but also spent a lot of time discussing the ins and outs of tech startups.

Ohanian asked how many of the 250 or so people in the audience either have a startup or want to pursue one, and a handful of arms went up. Even more went up when he asked how many people have a side hustle: a gig to earn extra cash in addition to their day jobs.

"This generation has to be entrepreneurial because it wasn't given much of a choice," Ohanian said.

Ohanian met with some RIT students before the talk, many of whom came prepared with project pitches and demos. During the presentation and the question-and-answer period that followed, he shared some of the lessons that he and Reddit's other co-founder, Steve Huffman, learned over time.

Ohanian and Huffman became friends in college and decided they wanted to start a company. Both believed that the then-emerging smartphone held the key, and they ultimately developed a restaurant ordering app, My Mobile Menu, which was born out of their shared dislike for lines. They pitched it to an investor, but were rejected.

Soon after, the investor called them and said that he still didn't like their idea, but he liked the two of them. He offered them $12,000 to develop something in a browser, and Reddit was eventually born of that challenge. Ohanian has gone on to invest in around 200 tech companies.

"Great founders are not just tenacious, but they are willing to adapt," Ohanian said.

He also advised founders not to worry about making their projects perfect at the expense of getting them out in front of people. User feedback will help improve the product, he said.

"Sucking is the first step to being sort of good at something," he said.