"Romeo and Juliet" is one of those productions that is put on arguably too often (and fairly shallowly by high school students), and pop culture is inundated with references to it. For that reason, I'm almost never inclined to see yet another tiresome non-interpretation of it. But the play received an interesting treatment by local company Madness Most Discreet in its "R&J Project: Romeo & Juliet Reimagined." This show was a total riot and impressively entertaining. 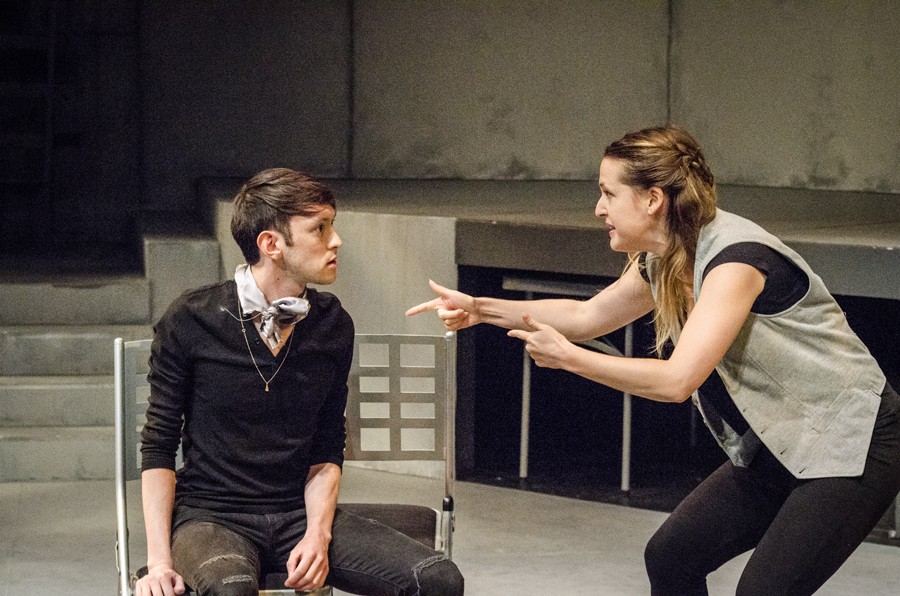 The pared-down production -- played with only the barest set, props, and costuming by only four actors at Blackfriars Theatre -- was made doubly impressive by adding the element that the audience chose which players would perform which roles at the start of the show. This was what drew me to the show, and I was sincerely glad I gave it a whirl.

By the drawing of names, random audience members assigned Emily Drew to the role of Juliet; Matt McWilliams as Romeo; Rusty Allen as The Nurse, Benvolio, Tybalt, among others; and Julie Reed as Lady Capulet, Mercutio, Friar John, and others. Each performance was energetic and impressively flawless -- at the onset, the actors said they had each memorized the entire play, but since they couldn't possibly rehearse their to-be-determined roles, they might look to one another for a slipped line here or there. But I detected no such problems.

McWilliams' depiction of Romeo's transformation from brooding lovebird to enraptured lover to tragic hero was perfect, and Drew played a fresh, very likable, almost sassy Juliet. Together they had believable chemistry and the infatuation between the doomed lovers was palpable.

Allen's shifting from hilarious Nurse to menacing sworn enemy was seamless, but Reed just about stole the show as an outrageously funny Mercutio, wildly gesticulating and bringing his clownish personality into a believable embodiment. I don't take in as much theater as I'd like, but I'm extremely interested in seeing more from this troupe.

"The R&J Project: Romeo & Juliet Reimagined" will not be performed again during this year's Fringe. 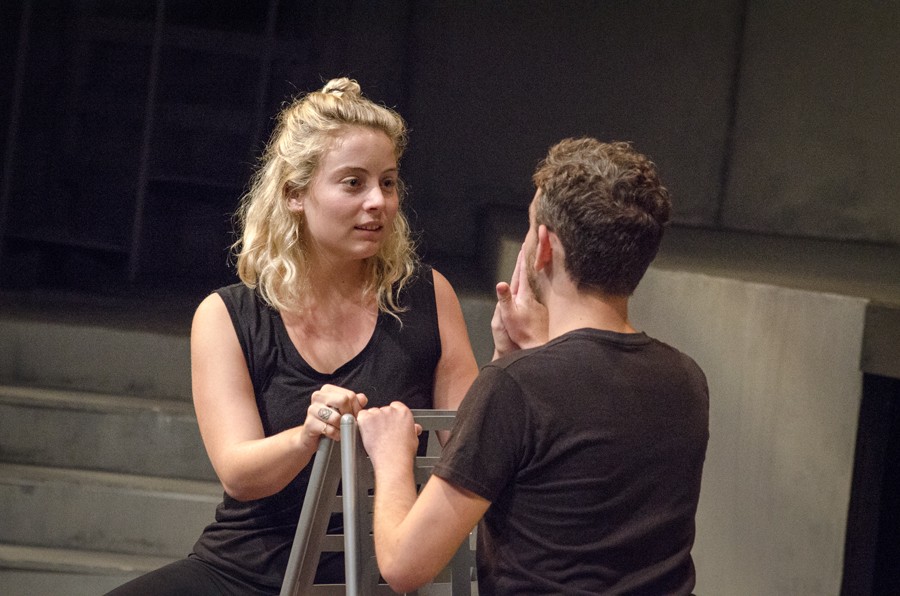 From that entertaining but ultimately tragic production I fell head first into heavier, more concrete considerations: Table Top Opera's production of Mahler's "Kindertotenlieder" (Songs on the Death of Children) at Kilbourn Hall, with garland-bearing putti sculpted high above the heads of the audience.

The show was a perfect example of a chain of artists inspired by artists inspired by artists and lived tragedy. "Kindertotenlieder" is a 5-piece song-cycle Mahler wrote based on poems by German writer Ruckert, penned in tribute to the two young children he lost in quick succession to illness. Mahler -- who had lost 8 siblings while growing up -- wrote the work between 1901and 1904, before he lost a dear child of his own to illness a few years later.

The multimedia production featured unspeakably beautiful music -- a piano, bass, trombone, saxophone, violin, and keyboard in perfect harmony -- paired with Ruckert's poems projected on a screen with washes of color that reflected the imagery of light and darkness in the verse. The sentiment ranged from hopeful and praise of the everlasting light in the world, to mournful reflections on the loss of the joy the children brought, and the painful illusion that the children aren't gone but have just gone out to play.

Also projected were images of children who had succumbed to poverty-based tragedy in Mahler's time and in present day Rochester, along with horrifying percentages of child poverty in Rochester and information about initiatives pursued then to assuage the symptoms of poverty, and the deaths.

"Kindertotenlieder" will not be performed again during the 2015 Fringe.