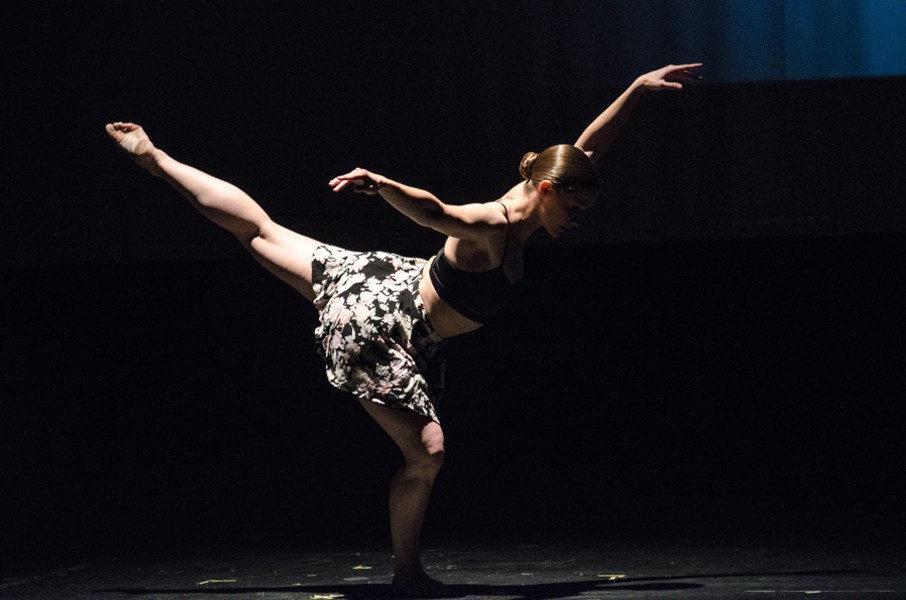 "Seven Windows" was not nearly as straightforwardly narrative as it was billed. But no matter -- the brief, seven act dance production is a sweet, effective exploration that cradles the broken heart of our transient nature. Presented by SHARP Dance Company (at RAPA @ SOTA: Allen Main Stage Theatre) and choreographed by Diane Sharp-Nachsin, the show is promoted as a story based on the dream of a dancer, "in which she is visited by her recently departed mother." When the daughter asks her mother if she is in heaven, she receives an enigmatic response regarding seven windows and the process of moving on in the afterlife.

Even without that provided description, the sense of bereavement and washes of eternal, maternal love would have been apparent through the layers of spoken-word poetry, perfectly chosen music, and movement. Some minimal supplemental artwork was occasionally projected onto the screen behind the dancers, but didn't necessarily add to or detract from the other elements.

Alternating between solo, duet, and group dances, each of the acts were truly moving. Through stark and elegant movements, the six dancers expertly conveyed the spectrum of the loss process: the trials of grief, everlasting connection, resilience, and legacy carried forth. The final dance feels like a reunion -- and cleverly, as if on an in-between plane. Two women mirror one another's movements as they climb around and through the spinning, suspended frame of a metal cube, holding occasional, consciously elegant poses. It looked like the most fun, and felt like a joyful playground, a wishful meeting space for two souls before a final parting.

After a brief intermission, the dancers reconvened for a repertoire of four quick, assorted pieces choreographed by Sharp-Nachsin and others. In "Unguarded Moment," a straightjacket restricting the movement of dancer Sandra Davis showcased her strength and poise as she skittered and wheeled about the stage. And the final work, "Roller Coaster Rules," had four dancers hilariously misbehaving as they listened to an increasingly disturbing set of guidelines and warnings broadcast on the P.A.