I stopped in at The Little to check out RIT's Photo House, a grouping of photos displayed on the walls of the theater's 2-5 lobby. Ranging widely in style, genre, and talent, the showcase is a window into what current students are working on, presented to the shifting audience of moviegoers. I'm always impressed by RIT's efforts to have their students involved in Fringe activities, and would like to see more of our area institutions offer the same to their own creative classes.

"RIT's Photo House" will be on display throughout the festival, available for viewing during The Little's hours. The Little opens at 5 p.m. on Monday through Friday, and at noon on Saturday and Sunday. Free. Appropriate for all ages.

I saw the humor-filled "The Fiery Sword of Justice," presented by RAPA at School of the Arts' Black Box Theatre, Monday evening. The one-woman show was performed by the charming Lauren Letellier, whose energetic and witty storytelling combined anecdotes from her time served as the child of an alcoholic, narcissistic mother to her time working for various PR firms. As we learned, there are quite a few connections to be made between the two experiences.

"Mitt Romney was right about one thing," she quips. "Corporations really are people. They're probably the same people you've been trying to get away from your whole life."

Lettelier explains that in her younger years, she irked her mother, who was "living in a cocktail-fueled fantasy," for not helping to uphold that fantasy. With an early penchant for calling people out on their bullshit, Lettelier self-describes as having been "curious, outspoken, and opinionated" child who kept bursting her mother's bubble.

Little changed. Later anecdotes had to do with disillusionment with her work for (mainly) Big Pharma, which has by and large abandoned medical innovation in favor of the bottom line. One story in particular about Pfizer ended with her exclaiming: "That's your definition for your company? That it's an ATM for your shareholders!?"

Throughout the show, she weaves memories from both home and work to illustrate various lessons she's learned, many of which resonated with the audience. "Sometimes when you're the person who points out the problem," she says, "it just makes you the problem," even if you're right.

And it's a lonely world, being the bullshit-caller. "My colleagues were all very supportive -- in private," she says.

Lettelier's comedic timing and sharp, philosophic mind, paired with some funny sound effects, made for a very entertaining production with few problems. Early in the show, it wasn't easy to follow which character she was embodying, but the situation resolved quickly as she abandoned her swift shift between characters and her anecdotes became clearer.

I didn't always agree with every stance Letellier took, though. For example, in her first anecdote about being punished for speaking up in the corporate setting, she criticized a co-worker's idea of resolving the issue of low office moral with an opportunity to provide anonymous feedback about co-workers and management. Lettelier seemed to believe that this would create an office climate in which people would lie about people they were mad at.

By the end of the show, Lettelier has bowed out of that realm, realizing that she can't force people to swallow criticism and like it, too.

"The Fiery Sword of Justice" will not be performed again during 2015 Fringe. 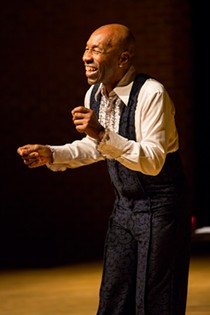 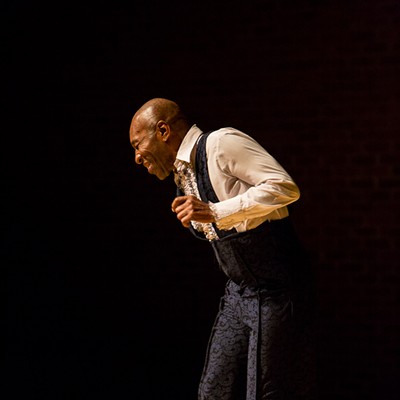 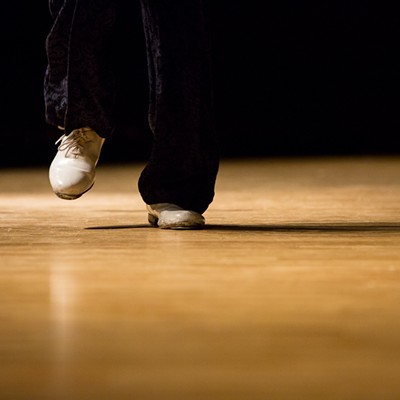 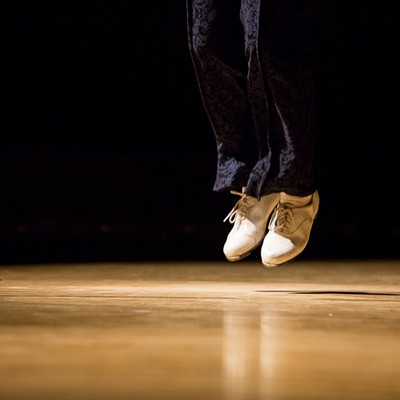 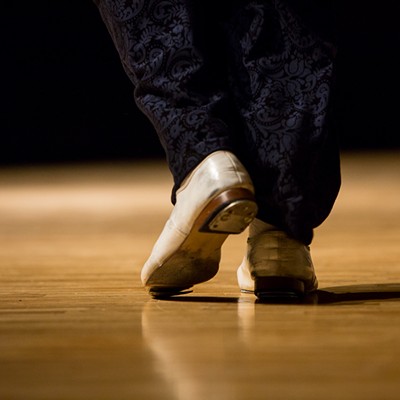 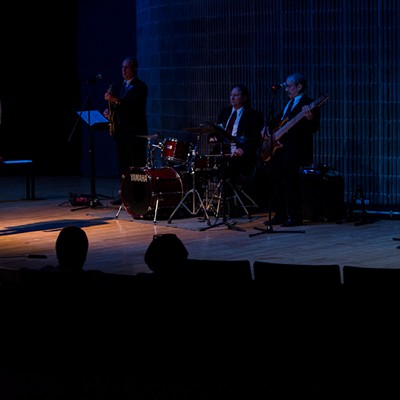 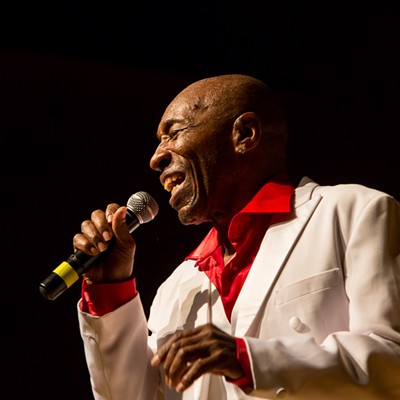 I scooted next door to the Ensemble Theatre at School of the Arts for "Me, Ray Charles and Sammy Davis Jr.," also presented by RAPA. My only complaint for this excellent tap-dance and musical performance was that it didn't take place in a club, and I had no access to a chill adult beverage to sip on. (Okay, and I was also a little embarrassed by the multitudes of white people who couldn't get it together when asked to clap on beat.)

With incredible stamina and the help of a three-piece band and lovely backup singer, Movin' Melvin Brown paid tribute to the two beloved performers name-dropped in the title, as well as others who Ray and Sammy acknowledged in their own acts.

Taking turns tapping and belting, or doing both at once with barely a breather, Melvin moved through favorite jazz and blues numbers (I got chills from his version of Ray Charles's "Georgia") with some surprises, like Ray's rendition of John Lennon's "Imagine" (again with the chills).

The show became delightfully meta at times, like when Melvin impersonated Sammy Davis Jr. doing Gregory Hines doing Michael Jackson, combining tap with MJ's iconic moonwalk and frenetic pop-and-lock. The Sammy set was rightfully rife with jokes and silliness, including an exploration of what it would look like if Michael Jackson did Riverdance. See this show!