MuCCC hosted an important work of art the past two nights. The one-woman show, "My Name is Rachel Corrie," chronicles the life of a young American Peace Activist who traveled to Gaza in 2003 with the International Solidarity Movement to defend Palestinian homes from being demolished. Corrie was killed by an Israeli bulldozer while protecting a host family's house from being destroyed.

This work is "fringe" in the saddest sense of the word, as it presents an underrepresented reality that Americans are still, by and large, discouraged from exploring. 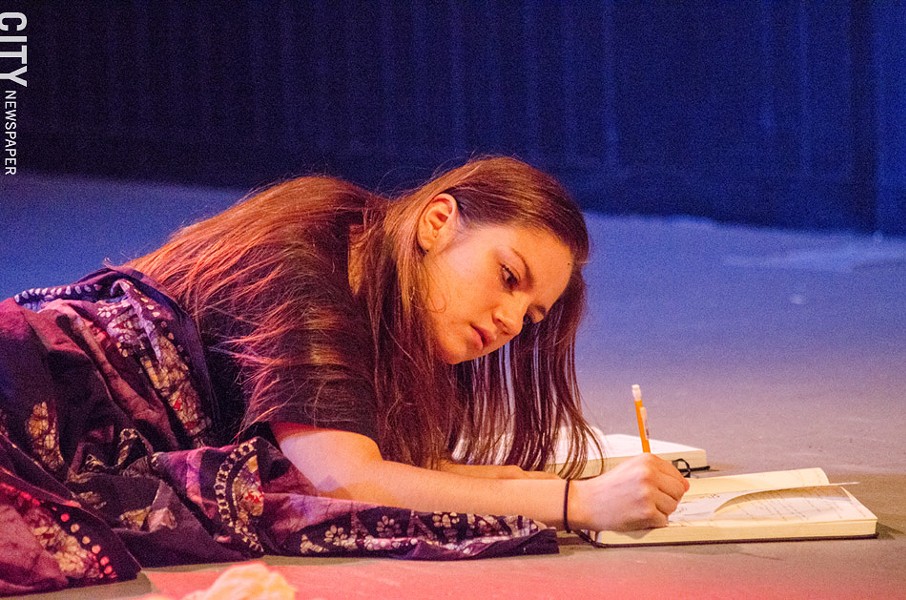 From young actor Ashley Malloy's crushing performance, we learn that Corrie was aware of the media's misrepresentation of efforts such as hers. She was sensitive to the historic suffering of Jewish people, but saw the necessity for criticism of Israeli state policy, for supporting Palestinian self-determination, and for protesting atrocity. 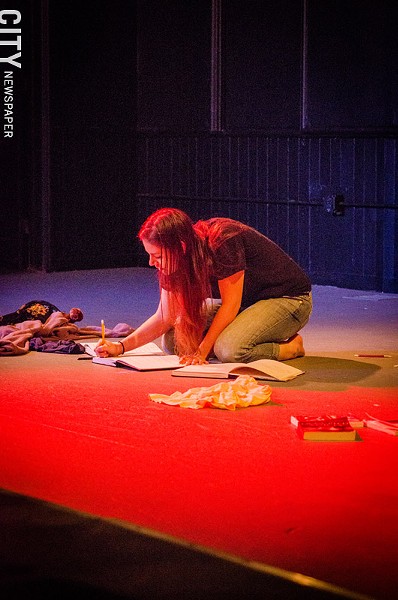 As a representation of the writings of an awake and heartbroken defender of innocents, this play is politically charged, but the play itself isn't political art. It's a coming-of-age story, shortened by blind brutality. It's the story of a girl who sought to be a poet, who instead stumbled upon defending a population of humans forsaken by the powerful and unacknowledged by the privileged.

Malloy's portrayal of each and every stage of Corries's development is immaculate. Within the space of about 90 minutes, she smoothly moves the character from a franticly earnest youth to an extremely bewildered but present and determined and articulate young adult.

Corrie repeatedly reiterates in her journals and emails to her parents how nothing could have prepared her for the dehumanizing reality lived by those she defended. Malloy's pantomiming and vocal escalations enveloped the audience in a vivid world of violently-enforced curfews, infrastructure- and livelihood-destroying checkpoints, a growing abundance of sniper towers, the perpetual buzz of Apache helicopters, destroyed wells and greenhouses, and the daily threat to houses by bulldozer or tank-mounted missiles.

These conditions amount to unadulterated terrorism, and these journals could have been written yesterday.

Malloy crushingly conveys every moment of Corrie's clarity, and her empathy and respect for her Palestinian hosts and for her parents as they try to understand her mission through their lens of devastated concern. To the end, Corrie's frustration and despair at the enormity of the situation -- as well as her fierce resolve -- is palpable through Malloy's wide and disillusioned eyes.