RCSD superintendent on crime wave: 'This has to stop'

By David Andreatta and Jeremy Moule 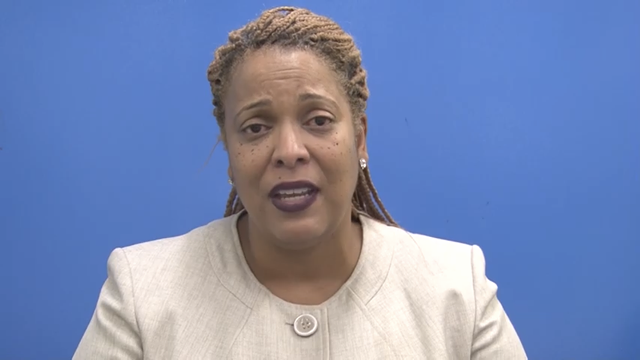 Lesli Myers-Small, the superintendent of Rochester public schools, released an anguished video message on Wednesday begging for an end to violence in the city that she said has taken the lives of six students since the beginning of the school year.

“I come to each of you, our Rochester City School District students, families, staff, and community members with a very heavy heart today,” Myers-Small’s message began. “The past several months have been extremely violent in our community. I want to share a few numbers that are startling.”

Among the statistics she cited:
“Two students were wounded in separate incidents while in their living rooms watching television with their families,” Myers-Small said.

The superintendent added that several city public school students have been arrested.

“Far too many of our students experience trauma every day,” Myers-Small said. “Whether they are directly or indirectly involved, the impact is significant. This has to stop.”


After the district released the message from Myers-Small, Brendan O’Riordan, a spokesperson for the district, clarified that the deaths to which she referred spanned the academic year since September. But, he said, the injuries she cited occurred since January.

Rochester has been in the throes of a violent crime wave since March, with homicides, carjackings, assaults, and robberies rising sharply. Twenty people have been killed since the start of the year, including 13 since March. Among those who were shot and wounded were an 11-year-old who was shot on Magnolia Street and a 16-year-old who was shot near Genesee and Barton streets.

“The violence we are seeing in our city and across our nation is beyond reprehensible,” Warren said. “While the perpetrators and victims of this violence are known to each other in the vast majority of these crimes, the cycle of retaliation must end.”

Myers-Small called on adults and community organizations to do their part to quell the violence by spending time with children and finding ways to connect with them. She asked religious leaders to talk to their congregants and speak to youngsters in encouraging words.

“Today, I am asking our village for help,” she said.

The superintendent asked community organizations to let the school district know of any programs they offer that might be helpful to students.

In her message, Myers-Small said that last week alone violence erupted outside three schools, including one pre-kindergarten center where a 4-year-old student was a witness.

“Each week, I am heartbroken over yet another act of violence affecting our children,” Myers-Small said. “Homes and schools should be a safe place where children are loved and cared for and where children feel safe and secure.

“As we continue to increase supports for students and families through our trauma, illness, and grief teams, our student support programs, and counseling, we need our entire community to say, ‘Enough is enough,’ and we must start now.”