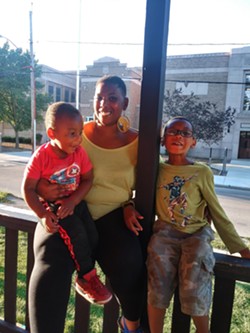 Tacara Windom is the mother of a second-grader at the school and said despite being aware of plans to modernize the school, she was not aware that the house she rents would be collateral.

Windom’s home, and seven others, will be demolished and replaced with a parking lot, an off-street bus loop, and green space.

“This is not something I want to be talking about, how me and my family may be possibly homeless or have to go to a shelter,” she said. “Who in the hell wants to talk about something like that?”

Speaking at the City Council meeting Tuesday night during a vote on the expansion, Norman Jones with the Department of Environmental Services and a member of the Rochester Joint Schools Construction Board, said that those who will need to be relocated will be compensated.

“I think some of the narratives are not truly accurate,” Jones said. “The mayor’s going to cringe because I always use this term ‘conscientious services,’ and I truly believe in that, and I believe that we’re not going to displace anyone. We’re going to work with folks.”

Jones said that compensation can include assistance with moving costs. “We want to make sure that with what we do, they’re going to be in a better off condition,” Jones said.

The expansion is under the management of the Rochester School Modernization Project. The RJSCB oversees the project; its chair, Allen Williams, was appointed by Mayor Lovely Warren. 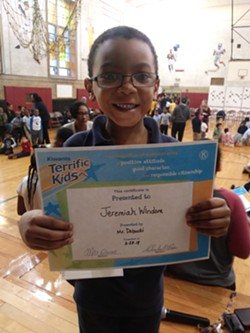 The initial plans in 2016 for the school expansion did not include the acquisition of properties. However, in 2019, the Rochester City School District requested that the properties, like the house Windom rents, be acquired as they were strategically located.

At Tuesday’s Council meeting, Councilmember Mary Lupien opposed acquiring property for the expansion, and called for a motion to return the proposal to committee. She said she had requested documents and said she was given what appears to be an outdated rendering of the plan.

“The drawings that were sent included additional parking and a bus loop without taking anyone’s property,” said Lupien. “To me, the drawing shows that this can be done without taking properties.”

Jones said that what’s being done for the school is in the best interests of the children. Windom said her son’s education, already interrupted by the pandemic, is on the line.

“Shame on Mayor Warren because she knew. Shame on the City Council board who voted for this foolishness,” said Windom. “Because I’m pretty sure if someone came to your homes and someone told you you guys had to get uprooted, I’m pretty sure you guys would have a hell of a lot to say.”