RCSD budget: City will keep pushing for a say 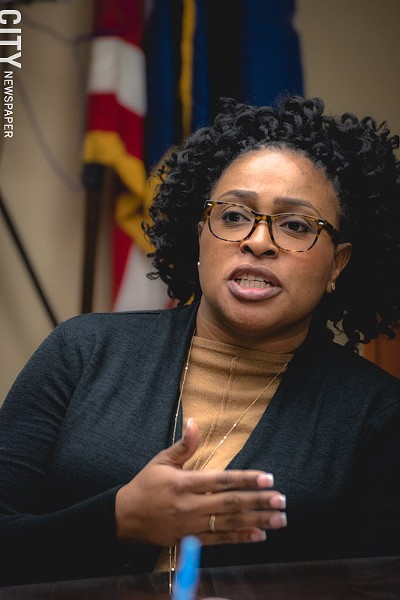 Tension between Mayor Lovely Warren and the Rochester City School District is likely to heat up this spring. Warren insisted earlier this month that she should be able to determine how the district spends some of its money.  District officials rebuffed her, but that won't be the end of the matter, apparently.

The city provides $119 million of the school district’s revenue each year, and on March 8, Warren notified the district that she wants $15.7 million of that money spent on “community schools” – schools with longer days and with extra services such as health care and adult education.

The district’s interim superintendent, Daniel Lowengard, responded that the district is facing a large budget deficit and that it would commit more money to community schools – if the city increased its funding. The city’s contribution, he noted, has been the same for 14 years.

Warren Chief of Staff Alex Yudelson said yesterday that the administration will continue to insist on a say in how the district spends the city funds. “Definitely,” he said.

City Council votes on the school district’s budget in June each year, but historically, Council members have simply voted to approve or disapprove the full budget rather than singling out specific expenses or income sources. And the mayor has had no voice in the budget at all. But Yudelson said the Warren administration is convinced that state law and the City Charter give the mayor and City Council the authority to tell the school district how to spend “”not the entire budget but the portion the city provides.”

Warren has been particularly interested in the community-school concept, and the city has been providing services at School 17. In her letter to Lowengard, Warren asked that the district expand its number of community schools. But the budget Lowengard presented to the school board earlier this week calls for cuts in community schools funding.

The school board could decide to increase funding for community schools; it will start holding  public hearings on the budget on April 2, will vote on the final budget proposal May 7, and will send it to City Council for its June vote.

The administration hasn’t determined what action it would take if the final version of the school budget doesn’t reflect the community school expansion that Warren wants. Once the administration sees what’s in the budget, Yudelson said, “we’ll have to see what our options are.”

“We do believe that we have the legal authority to have a say,” he said.

Although the city hasn’t increased funding for the district in 14 years, since the school district’s enrollment has declined, Yudelson said, the city’s funding per pupil “has actually increased.” And, he said, “we give more to our schools than other cities” in New York.

Under state legislation known as Maintenance of Effort, the city can’t reduce the amount of money it provides for the district, regardless of the city’s own budget concerns. Warren doesn’t plan to ask the legislature to eliminate that requirement, though, Yudelson said.

“I don’t think that’s realistic with the current governance structure,” he said, “and we do want to fund our students. They are our most valuable assets. We’re not willing to stop giving them the MOE. But it’s taxpayer dollars that the city is sending, without any accountability in how the money gets spent. We think under the law, the city has some authority to direct how that money is spent.”

Other than Lowengard’s initial response, school district officials haven’t said much about Warren’s interest in the MOE money. They seem confident, though, that the law is clear, that only the district can determine how it spends its revenue.

School board president Van White says the board shares Warren’s interest in community schools. "Everybody is supportive of community schools,” he said this morning. “Our community schools – and we already have a number of them – are some of the ones that are our most successful. But we can't just say that we want to do them without knowing how we're going to pay for them and sustain them. Let's work together to find a way to find that money."