RBTL resets, yet again, for fall season — and yes, 'Hamilton' is on schedule

The Rochester Broadway Theatre League’s elusive 2019-20 and 2020-21 seasons have once again disappeared — and reappeared — in the course of one press release.

The city’s marquee theater organization, presenting hit Broadway shows, announced on Tuesday morning a once-again reworked schedule that pushes the remains of both seasons back to a fall restart, including the return of “Hamilton” in late 2022.

“We formed a coalition with 10 or 12 theaters across the state during this last year, and we’ve been meeting weekly since then, in Zoom calls, of course,” said John Parkhurst, RBTL’s chief operating officer. “Just kind of sharing ideas, and sharing stories, war stories, and giving each other support. So we all announced shows today, right across the state. Buffalo. Rochester. Syracuse. Utica. Schenectady.”

The plans are contingent on a loosening of state guidelines for venue capacity. The Auditorium Theaters seats just under 2,500 people.

“If we had to do these shows today, we couldn’t do them,” Parkhurst said. “I think the most people we could have in here now is like 246 people, something like that.”

Two shows from the 2019-20 season doggedly remain from the first of RBTL’s seasons interrupted by the coronavirus pandemic. “Cats” will be the first of the lost shows to reappear, with a Sept. 21-26 run. The other show from that season, and which had been rescheduled for this month, is “Dear Evan Hanson.” The reworked schedule has it running a year from now, April 12-17, 2022.

That only leaves “Hamilton,” available as a sixth-show upgrade to the 2020-21 season. It had been rescheduled to open at the end of this month, but has now been re-rescheduled for Nov. 1-13, 2022.

As for tickets, subscription renewals are available now to season subscribers at rbtl.org. For those who have already renewed, their subscriptions will transfer to the new dates. New subscriptions and tickets to individual shows will go on sale at a later date. 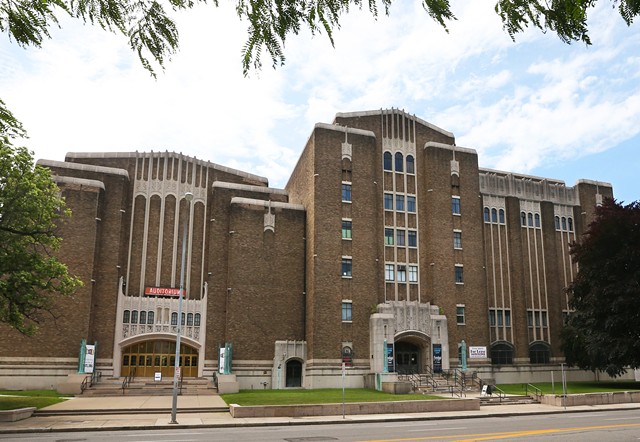 According to Parkhurst, “Dear Evan Hanson” was trending toward a sellout. As was “Hamilton,” based on subscription sales alone.

But the theater can’t immediately spring to life. For events such as high school graduations, there are new state guidelines, just issued on Monday, to be studied. “It takes two cups of coffee to get through,” Parkhurst said.

It looks like the path forward is to book such smaller events through the summer. That would include comedy shows and smaller concerts, perhaps with local bands, as the venue tests its legs, and replaces the third of its staff that Parkhurst estimated has been lost.

“By the time we start Broadway, we’ll be closed 18 months,” he said, “which is ridiculous.”