To the untrained eye, the Kentucky rifle the Rochester Historical Society put up for auction appeared to be nothing special. Just a scuffed up, old muzzleloader with a scraped barrel and a crack in the maple wood frame.

But an inscription inside the patch box, a small compartment in the stock, suggesting it had been tested in battle during the Revolutionary War lent to its intrigue: “Taken from the British at the Battle of Monmouth — June 28, 1778.”

Some gun collectors saw still more in it, though, and were willing to pay a lot more than the $3,000 to $5,000 estimate that Cottone Auctions in Livingston County had placed on it.

When the hammer fell after a brisk round of bidding last week, an unidentified buyer had bought the firearm for $306,000 — a value that the auction house and serious collectors of such guns said obliterated the record amount paid for a Kentucky rifle at auction. They put that number in the low six figures. 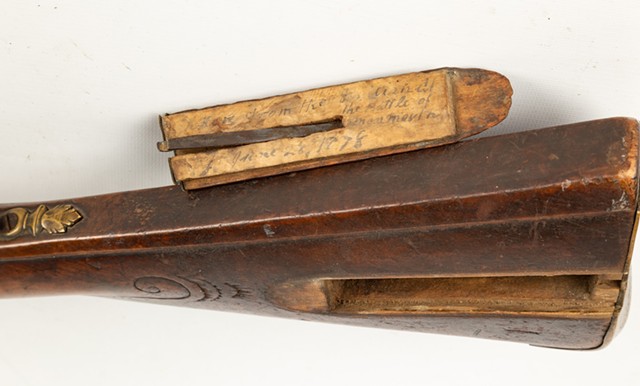 “It’s very exciting,” said Alinda Drury, the chair of the Rochester Historical Society’s collections committee. “We’re thrilled to know that something we had hiding somewhere is of value to someone else in the historical community and that the proceeds will benefit us in helping to maintain our collections for the future.”

The sale amounts to a windfall for the Rochester Historical Society at a time when it is struggling financially and selling off pieces to help finance the maintenance of its collection, including paying the rent. Recent tax filings for the organization show it has been running deficits for several years and its assets are dwindling. The last filings showed the group had about $21,000 in the bank.

RELATED: History in the unmaking: The plight of the Rochester Historical Society

Housed for decades in an East Avenue mansion that had been bequeathed to the organization, the society sold the home in 2008 and has since hopscotched around the city. It recently began renting space on University Avenue, where it is open to the public by appointment only.

Society officials maintain that the hundreds of items they have auctioned off in recent years have either no connection to local history or do not help tell the story of Rochester, although their deaccessioning practices have been questioned in local and state museum circles.

Matt Cottone, of Cottone Auctions, said the auction price of the rifle was driven up by two dueling bidders who speculated that the gun was the handiwork of 18th-century master gunsmith Andreas Albrecht.

“This was an extremely rare, most likely pre-Revolutionary War, tiger maple Kentucky rifle, which there are very few known to exist and probably only a handful known by the maker that this is most likely by,” Cottone said.

He described the bidders as being associated with "very important gun collections," and said the winner was from Virginia.

The Kentucky rifle, sometimes called the Pennsylvania rifle or the American long rifle, was commonly used for hunting and warfare in Colonial America and an early example of a firearm with a rifled barrel — spiraled grooves in the bore — that ensured greater accuracy.

As the Kentucky Rifle Foundation describes them, the guns were “a tool of the ordinary freeman, a tool needed to provide food for the table, defend the family as well as defend the community and country.”

Made popular by German immigrant gunsmiths who settled in Pennsylvania, the rifle today is considered a uniquely American work of art, and there were few gunsmiths who were said to have made them better than Albrecht, the gun master of a settlement called Christian Spring.

Surviving examples of Albrecht’s work are scarce, however, in part because he is said to have rarely signed his guns. Most guns that have been attributed to Albrecht were identified by carvings in the stock. One his guns fetched $78,000 at another auction in 2019.

Timothy Hodges, of the Kentucky Rifle Foundation in Winchester, Virginia, said the Rochester Historical Society’s gun has been the talk among Kentucky rifle enthusiasts since the auction.

“My feelers are out there so that I generally know when something is coming up even if it’s a little obscure,” Hodges said. “This one really fell under the radar. But obviously it didn’t go completely under the radar because it brought that kind of money.”

Hodges surmised that the value of the rifle was in the inscription indicating that it had been used in the Battle of Monmouth.

That battle, which took place in New Jersey, ended in a draw and is perhaps best known for excessive heat accounting for most of the casualties. But General George Washington was on the battlefield and considered the outcome significant if for nothing more than his Continental Army finally held its own against the British after a series of decisive losses. 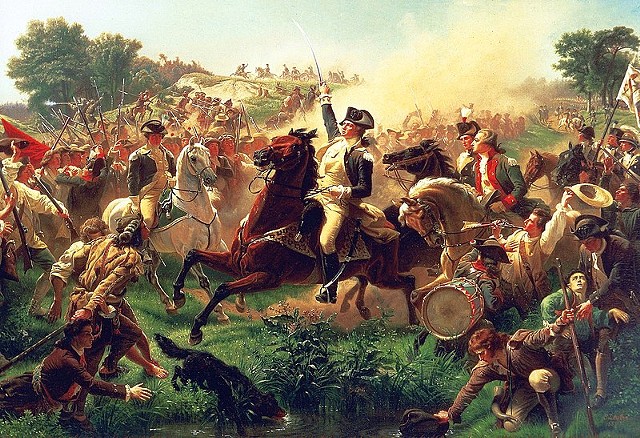 A curiosity of the inscription in the rifle, though, is the suggestion that the gun was “taken from the British.”

“The only way that that inscription would be viable is if some British soldier stole the gun himself or picked it up on the battlefield or took it from someone they imprisoned,” Hodges said. “There would be no way that a Christian Springs gunsmith would have made a gun for any British officer or soldier.”

How the gun may have fallen into the hands of the British is as much a mystery as how it came into the possession of the Rochester Historical Society.

The society has acknowledged that many pieces in its collection were poorly documented in the past, and that the organization for a long time was something of a dumping ground for prominent Rochester families looking to unload unwanted heirlooms and other belongings.

For several years now the society has been deaccessioning — the museum term for selling off — pieces of its collection it has deemed irrelevant. Tax filings show the organization auctioned off artifacts worth an estimated $382,500 over a recent five-year span. 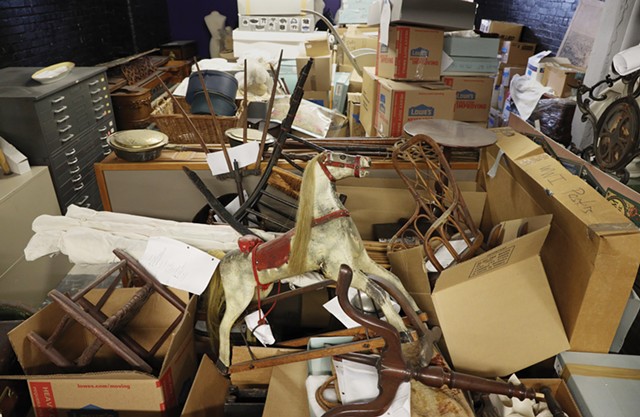 The Kentucky rifle was one of 27 items belonging to the historical society to be auctioned off last week. They included military hats, canteens, swords, flags, and flasks, most of which sold for a few hundred dollars apiece. Altogether, the auction netted the organization $281,375.

Drury said the society’s board will decide how to use the proceeds, but pointed out that the organization has many needs, including updating its database software and hiring experts to help curate the collection.

“We just don’t have that kind of expertise to do that kind of evaluation,” Drury said. “We’re hoping that these funds will assist us in preserving our collection and knowing exactly what we have.”

Cottone said as exciting as the record-breaking bid on the Kentucky rifle was, “The great part of the story is what this does hopefully to help the Rochester Historical Society.”

Records are made to be broken, of course, and in this case it may happen any day.

It was reported Wednesday that Morphy Auctions, a Denver-based auction house, would next week be auctioning off a Kentucky rifle the Marquis de Lafayette presented to his Tuscarora Iroquois guide and friend Chief Tunis, who accompanied Lafayette during the Revolutionary War and later led him on two dozen expeditions across early America.