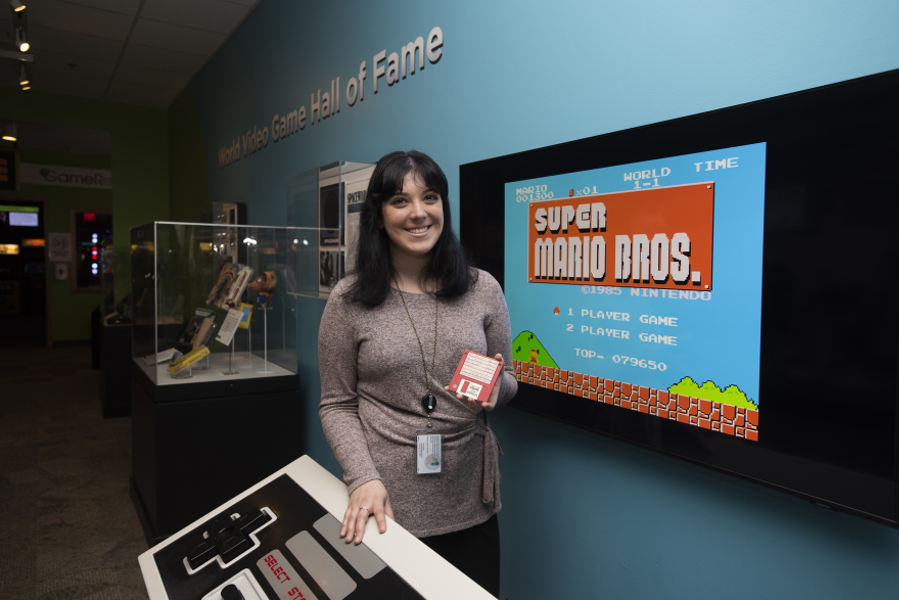 A. SUE WEISLER / ROCHESTER INSTITUTE OF TECHNOLOGY Kirsten Feigel, a cataloger at The Strong National Museum of Play, discovered a rare piece of video game history while processing a box of donated items — a PC demo of “Super Mario Bros. 3.”
Super Mario is a household name to most gamers, and the enormously popular game series centered around the character has been a heavily protected property of Nintendo.

But if things had gone differently, you may have been able to hop for coins and battle Bowser on your PC.

A cataloguer at The Strong National Museum of Play recently discovered a PC demo featuring the Italian plumber and his brother that never came to fruition. The demo was donated to The Strong, which is known for its extensive preserved collection of electronic games.

Kirsten Feigel stumbled across the donation — a floppy disk with three programs on it — over the summer. One of them was a demo for the Super Mario Bros. 3 game. 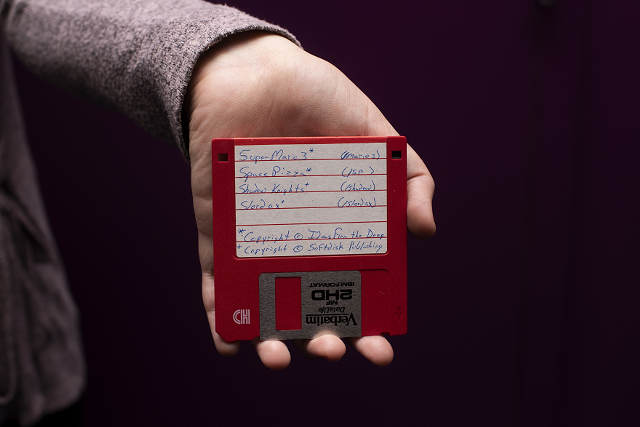 Id software, best known for the video game franchise Doom, created it for the PC in 1990. Feigel said she didn’t quite know what she had at the time, but brought it to her supervisor.

The next day, people were congratulating her on the find, even though Feigel didn’t make a big deal about it.

“The next day people were like coming to me and saying, ‘That floppy disc you found yesterday had the rare Super Mario Brothers game on it,’ and I was like, ‘OK, I just found a floppy disc, but . . .” she said.

Stephen Jacobs, a professor at RIT’s School of Interactive Games and Media and a scholar in residence at The Strong, said if id Software had convinced Nintendo to put the game out on PC, the companies would have been very different. 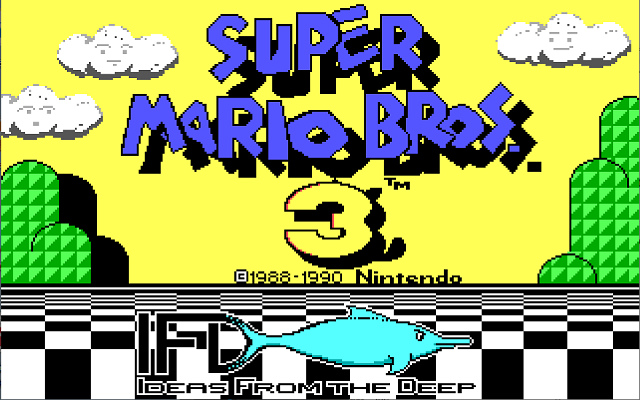 Other PC games were eventually made starring Mario, such as Mario Teaches Typing and Mario’s Game Gallery. While the latter contained simple card and board games, it was the first time Mario was given the voice that he is iconic for.

If you’re curious about what Mario looks like on the PC demo that was donated to The Strong, Jacobs said that may be possible one day.

“The Strong tries to put the majority of their artifacts out into the hands of the public as well when they can,” Jacobs said. “Obviously, the original disk won't be put out there, but it's easy to make copies.”

Billy Mitchell is an intern at WXXI News, a media partner of CITY.