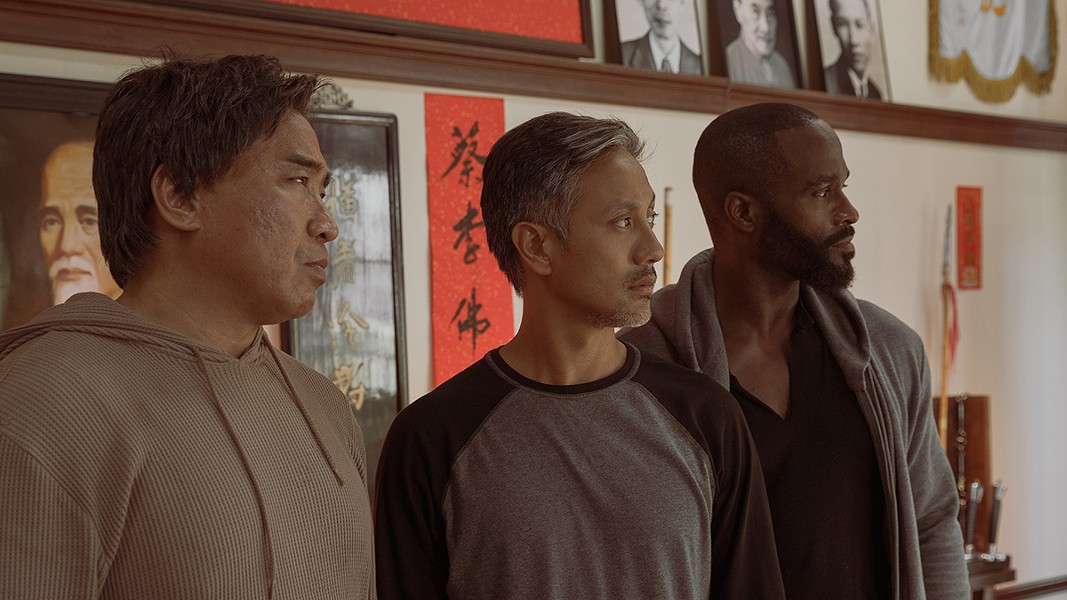 Watching “The Paper Tigers,” I settled in with excitement, right after I recovered from the line, “You look like a fat, Asian Mr. Rogers.”

Quoc Bao Tran’s impressive debut film — the 2020 opening night selection of the Rochester-based Anomaly film festival — is a refreshing and hilarious take on the kung fu movie genre. Packed with one-liners, a great cast, and some chummy pep talks, Tran’s action-comedy is a heartwarming story about friendship and honor.

After almost 15 years, three estranged best friends reunite to confront the suspicious death of their kung fu master, Sifu Cheung (Roger Yuan). Sifu’s untimely death is one of many realities the trio must face on their journey to reconciliation and vengeance. Come on, what’s a kung fu movie without revenge?

Yoshi Sudarso, Peter Adrian Sudarso, and Gui DaSilva-Greene deserve recognition for their depictions of the trio as teens in the beginning of the film. The montage scene filmed through the lens of a VHS tape recorder of the boys fighting and goofing around — complete with Kid Sensation’s “Back to Boom” in the background — could have gone on for the entire 108 minutes.

In a typical kung fu movie, the trio would go on to become the best fighters in the world and take on many villains. But Tran knew better. Instead, the three disciples lose touch with each other and Sifu Cheung, and find themselves leading boring and unhonorable lives. Sifu Cheung’s death not only unifies the three derailed men, but gives them each a newfound purpose.

The fight scenes throughout the film are entertaining and skillfully executed. Ken Quitugua teamed up with Tran and did a wonderful job as both the film’s action director and fight choreographer. Additionally, the cinematography of Shaun Mayor — who previously worked on “Jojo Rabbit” and “Gringo” — is strong and reflects the work of an established filmmaker.

This review would not be absolutely forthcoming without singling out Matthew Page for his performance as Carter, or rather, Sifu Carter. He’s responsible for delivering the Mr. Rogers line that I’ll be chuckling about for a while. Overall, Tran’s dialogue efficiently carries the narrative but it peaks with the hilarious one-liners — which are usually delivered by Hing or Carter.

“The Paper Tigers” begins with that candid VHS video footage and ends through the lens of an iPhone, watching a new relationship blossom. This framing can be seen as a simple reflection of the passage of time, but it’s a true ode to the power in tradition generated from the art of kung fu.

"The Paper Tigers" is available for online viewing through Sunday, Nov. 15. For more on this year's Anomaly films and ticket information, go to anomaly.eventive.org.

Emily Ehle is a member of the Goldring Arts Journalism and Communications program’s 2020-21 cohort at Syracuse University’s Newhouse School of Public Communications. Emily is a film journalist and serves as entertainment beat writer for The NewsHouse.