Homeowners and businesses on Lake Ontario are facing the second round of destructive flooding in three years. The lake rose to record springtime peaks in 2017, but the levels this May and June have been even higher.

If nobody lived along Lake Ontario's shores, the narrative would be different. Property owners wouldn't be losing a foot or two of land to erosion, or they wouldn't have to deal with repairing flood damages. But local governments have allowed people to build on Lake Ontario's shores for decades, establishing the plot for a whole other story.

There is no realistically simple solution to Lake Ontario's high waters and flooding.

Expensive projects can help lessen damages: break walls can keep strong waves from eating away at the shoreline, for example. And the state or federal government could start buying out damaged houses in flood-prone areas, but even raising that idea may stir up controversy.

Some lakeshore residents – from Niagara County in the west to Oswego in the east – have called on the International Joint Commission to suspend its controversial Plan 2014. The plan regulates the flow of water from Lake Ontario into the St. Lawrence Seaway, and it is a water-level management plan, with "management" being the operative word. Plan 2014 doesn't determine the levels in Lake Ontario, though it can have some long-term influence. But the lake's outflows have a much more profound impact on the St. Lawrence and points downstream.

Elected officials, including Governor Andrew Cuomo and Senator Chuck Schumer, have also been scapegoating the IJC over the flooding. But Cuomo and Schumer, in particular, have also been pushing for more infrastructure investment as a way of battling lake flooding, which Cuomo has framed as a new normal.

But that's just one of several questions lingering around Lake Ontario flooding.

Why are the levels so high?

Lake Ontario's water level was about 249 feet on June 12. That's about a quarter of a foot higher than it was at the same point in 2017 and just under three feet higher than the historical average, a figure that incorporates data going back more than a century.

"In those 120 years, we have not seen a May that had as much water come into Lake Ontario as we had this year," says Keith Koralewski, chief of hydrology and water management for the US Army Corps of Engineers' Buffalo District. 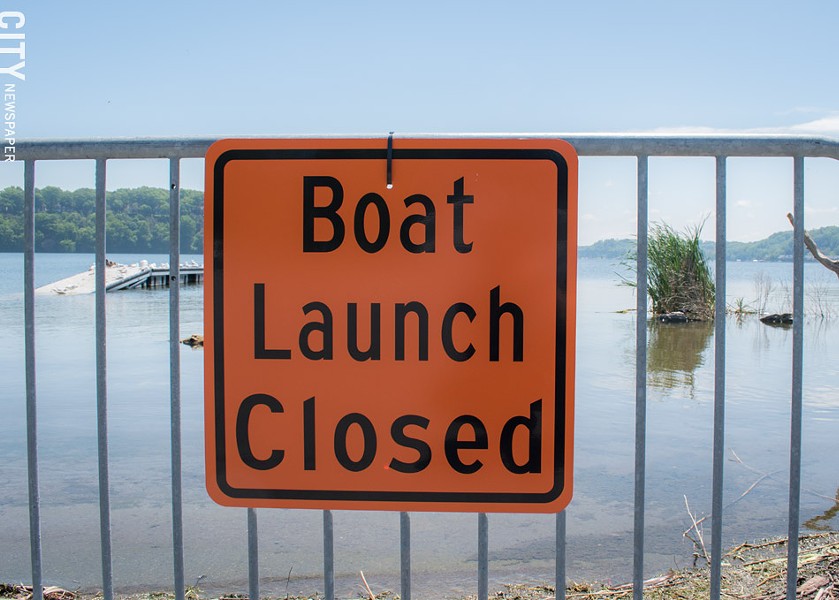 In other words, wet weather is to blame for Lake Ontario's high water. The lake basin saw May precipitation amounts that were 44 percent above the 1900-2008 average, according to US Army Corps of Engineers data. April precipitation was 24 percent higher than average.

"These are some of the highest levels that we have recorded for this time of year going back to 1918," Kompoltowicz says. "That's when our records start."

And lakeside communities such as Green Bay, Wisconsin, and Toledo, Ohio, have been dealing with shoreline flooding and erosion, particularly when winds push more water toward the shore, Kompoltowicz says.

A vocal group of homeowners and businesses along Lake Ontario's southern shore – the side the Rochester area is on – insist that Plan 2014 is making the flooding worse, if not causing it. They argue that under the plan, the International Joint Commission is allowing levels to stay too high heading into spring, when water rises due to snowmelt and rainfall.

They also say that the IJC is holding Lake Ontario's water at higher levels under the plan, and they want a return to the previous one, known as 1958DD.

Elected officials have gotten into the mix. Greece Supervisor Bill Reilich has called for a return to the previous plan, and House Representative Chris Collins wrote a terse letter to the Canadian chair of the IJC criticizing Plan 2014 and calling for its suspension.

But the criticisms seem to ignore important facts.

The IJC's management plan can subtly alter lake levels over longer periods of time, but there's only so much influence it can exert over nature. The Great Lakes are a freshwater system – the largest body of freshwater in the world – and water flows from Lake Superior in the west to Lake Ontario.

Decisions on how much water to let out of the lake have to consider a balance of interests. And outflows from Lake Ontario raise water levels throughout the St. Lawrence. 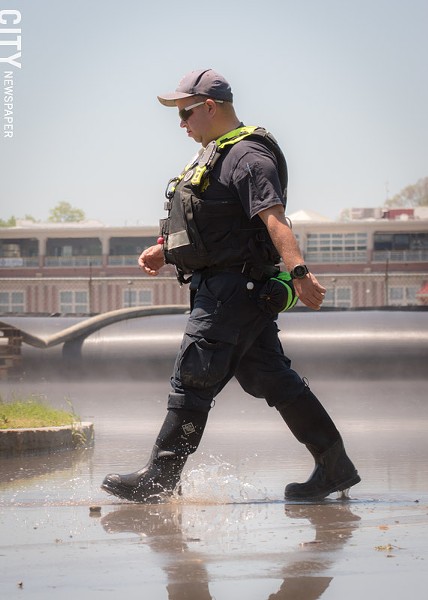 "There's a 10 to 1 ratio between Lake Ontario and Montreal," Koralewski says, explaining that if you take one inch of water off of Lake Ontario over a seven-day period, Montreal will see a 10-inch increase in its water levels. And this spring, the Montreal region had its own flooding to contend with.

The IJC says on its webpage devoted to Lake Ontario-St. Lawrence River management that it may still increase outflows. And even then, it says, Lake Ontario levels will remain high for several weeks.

One of President Donald Trump's appointees to the IJC, former state Assembly member Jane Corwin, has placed the blame for lakeshore flooding on weather. She told the Buffalo News that "based on the data I see, I don't believe Plan 2014 caused the flooding. However – and it's a very big however – I do understand that the people on the US side do not have any confidence in the plan. Certainly I think this warrants a discussion."

Others are urging the IJC to stay the course. The Nature Conservancy of Central and Western New York has been a consistent supporter of Plan 2014. If left in place, it'll allow for a more natural variation in water levels, which in turn will have benefits for lakeshore property owners, says Jim Howe, the organization's executive director. It'll help restore shoreline wetlands, which absorb the force of waves and provide anti-erosion benefits, he says. Plan 2014 will also allow the lake levels to fall lower in drier months, which will help rebuild shorelines, he says.

"Instead of promising property owners something they cannot deliver – a Lake Ontario that does not flood – our government leaders should focus on the many ways we can begin to build a safer future," Howe said in a June 14 statement responding to the calls to suspend Plan 2014.

And he noted that plenty of people complained about water levels under the previous plan, too. 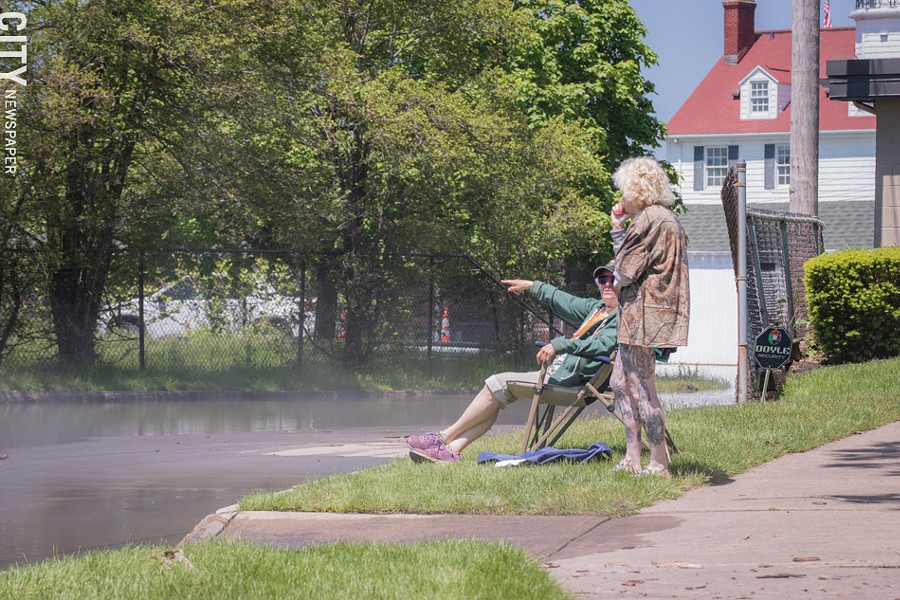 So what can be done?

Cuomo, with his characteristic bristle, has pledged $300 million in state money for infrastructure projects aimed at making Lake Ontario's southern shoreline, which is located entirely in New York, more resilient.

The governor has said that the state spent $100 million helping shoreline communities and property owners recover from the 2017 Lake Ontario flooding. He visited Rochester in June for the first meeting of a new commission he created to develop a plan for hardening shoreline infrastructure and strengthening the economies of lakeside communities that depend on summer tourism.

The state is asking lakeside communities to submit projects for consideration, and any funding award would be contingent on a 15 percent local match. Cuomo hasn't been specific about the types of projects he and other state officials have in mind, though he has likened the initiative to past efforts to replace power lines damaged in wind storms with stronger ones, and to improve capacity at water treatment plants that have been stressed by intense storms.

After Hurricane Sandy caused serious damage in New York City and on Long Island, state and local governments began a process of building up shorelines, relocating residents who lost their coastal homes, and even fortifying the subway system against flooding. Cuomo seems to be eyeing a similar approach for Lake Ontario communities, though tailored to their needs.

The Nature Conservancy's Howe and the Army Corps of Engineers' Koralewski expect that the projects will include some level of shoreline reinforcement. That'll likely mean hardening some parts of the shoreline with walls or riprap to help prevent it from eroding under the force of waves.

But Howe and Koralewski both say natural, living shorelines made up of plants, sand, and rocks are just as beneficial for preventing erosion. And they'd like to see an emphasis on that approach, which can require a little more work up front than hardening.

Flooding, however, will be harder to address unless there's significant public will to put homes on stilts or build miles of artificial barriers, which in turn would block prized views of Lake Ontario. 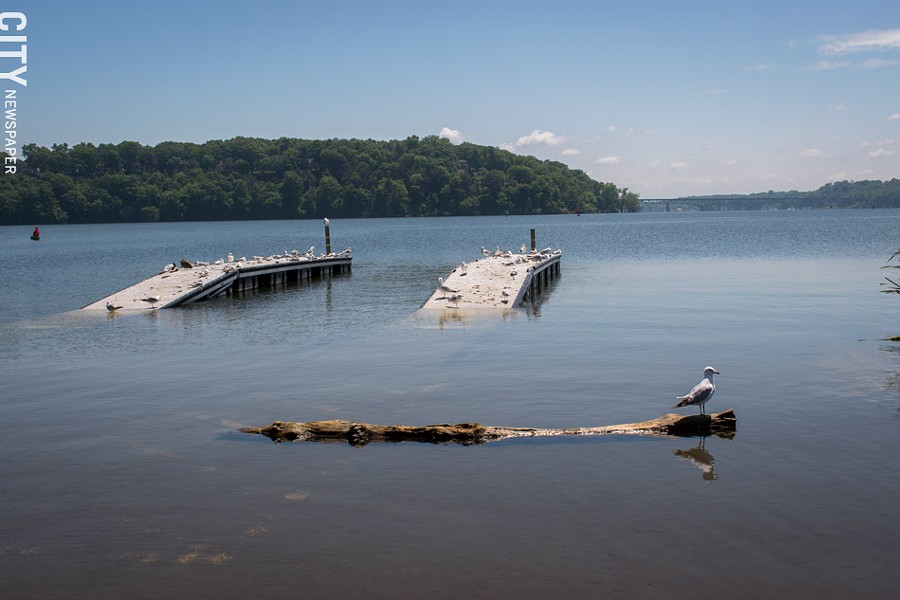 Cuomo has framed the lake flooding as "the new normal" and cautioned the whole of the state that it should expect continued high water levels for Lake Ontario. And, he's said, "it's a fool's errand to rebuild to the same standard."

Whether the high levels are the "new normal" isn't settled, Koralewski says. Climate disruption is causing a shift in precipitation patterns across the Lake Ontario basin, as well as the other Great Lakes basins. And over time, springs have gotten measurably wetter across the region.

Still, weather patterns vary year to year, and they go through long-term cycles. In 2016, the year Plan 2014 took effect, the whole country was in some stage of drought. That year, Lake Ontario's level, on average, was about 244 feet.

But the lake floods, and it's currently flooding. The high water causes costly damage to private and public property, and one way or another, taxpayers end up footing the bill.

Part of Cuomo's $300 million effort should and will likely involve some discussion of what infrastructure needs to be near the water and whether things like roads and pipes can be moved out of harm's way, says Howe, who attended that first meeting of the governor's new commission.

Officials will also likely explore whether some structures and infrastructure can be elevated out of the water's way.

And in other areas hit by severe flooding – in New York and New Jersey after Hurricane Sandy, for example – government agencies have bought out homeowners, or at least provided assistance to help them move.

That approach isn't always well-received by residents, and it's often controversial, but it can be effective at getting people away from flood-prone areas. And over the long term, it may lessen public costs of repeatedly rebuilding damaged houses.

"We do need to think about solutions that help people move out of harm's way if they've made that decision, reached that decision," Howe says. "We've done that in other areas. This is not a new concept."