Pulling back the curtain 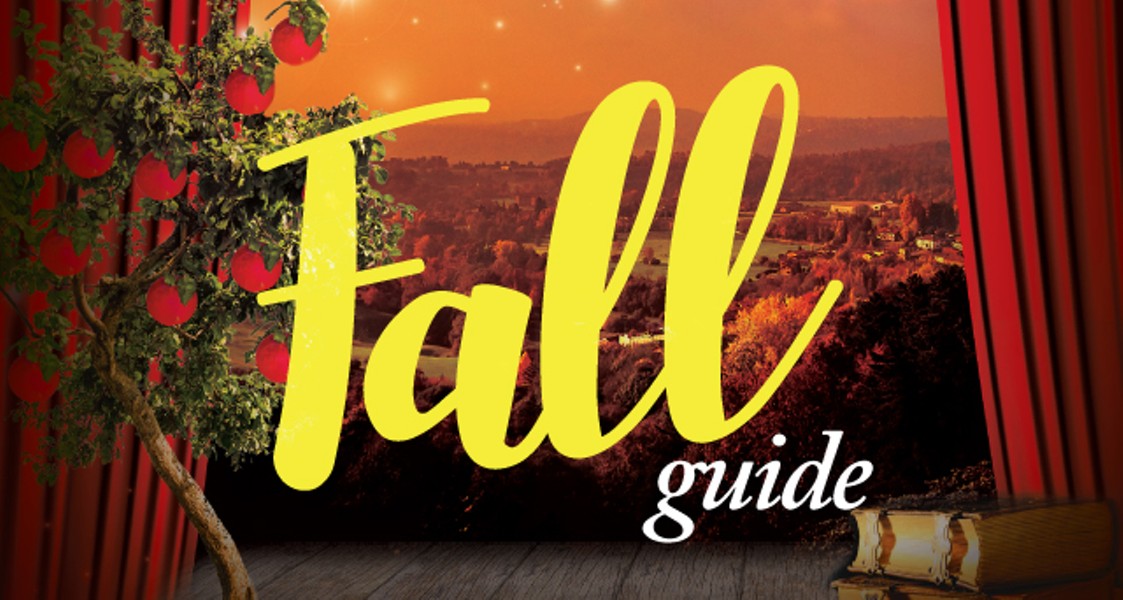 We might need a drumroll. Over the years, CITY's annual Fall Guide — along with, of course, writing about the great things to do during a Western New York autumn — has become our annual preview of the upcoming arts and cultural seasons.

As soon as September strikes, the tap is turned on and the arts, literature, theater, dance, and music events start to pour out. It might be a trickle at first, but by this point next month, it'll be like a fire hydrant was hit. And there's a lot to unpack in the busy 2017-18 cultural season.

Collaboration will be a strong, recurring component of the upcoming seasons. There will be art exhibits shown across venues and cooperation among different institutions, like during The New Rochester Biennial. You can learn more about it in Rebecca Rafferty's arts season preview. PUSH Physical Theatre will be working with everyone, from Blackfriars Theatre, in "Dracula," to the Landmark Society of Western New York and the Rochester Philharmonic Orchestra. And some previous collaborations will be back for another year, like Visual Studies Workshop's annual Pub Fair with Writers & Books' Litsplosion.

You'll also find our critics' picks for exciting classical music performances, and film critic Adam Lubitow takes us to film school with his suggestions for supplemental movies to be paired with this fall's film releases.

Leah Stacy goes behind the scenes with a couple of technical designers to learn what goes into building the temporary world of a theater set. Also, writer Kathy Laluk learned how to play rugby — we think she's still healing — for a story about the area's teams. And we end this year's Fall Guide with a round-up of belly-warming drinks that are good for the cooling, leaf-changing weather.

We could never fit everything going on during the 2017-18 cultural season into one issue, so keep up with our news and reviews in CITY on stands every Wednesday and right here online. Also, keep in touch on social media: @roccitynews on Twitter and Instagram and facebook.com/citynewspaper.