May 26, 2021
A debate among the candidates for Rochester Mayor in a Democratic Primary next month didn’t show too many policy differences between the candidates.

Incumbent Mayor Lovely Warren is seeking a third term and she’s facing a challenge from Councilmember Malik Evans. That debate on Tuesday night was hosted by the League of Women Voters and News 8 WROC.

Warren has a number of challenges to deal with, including one that happened just last week when her husband was arrested on drug and weapons charges. The mayor said she didn’t know about illegal drugs or guns in her home, and said that a gun in her home found by police during a raid last week was actually registered to her mother-in-law.

Warren emphasized that she grew up facing issues that included violence, when her grandfather, who was working as a security guard, was shot and injured.

“I would never, ever want any child to have to face that in their entire life," Warren said. "And that is why as mayor, I have been focused on ensuring that we continue to work towards trying to reduce gun violence, work towards getting guns off our street.”

Evans said that the city has had more than 130 shooting incidents so far this year, and if elected, he pledged to do more to get at the root causes of violence. 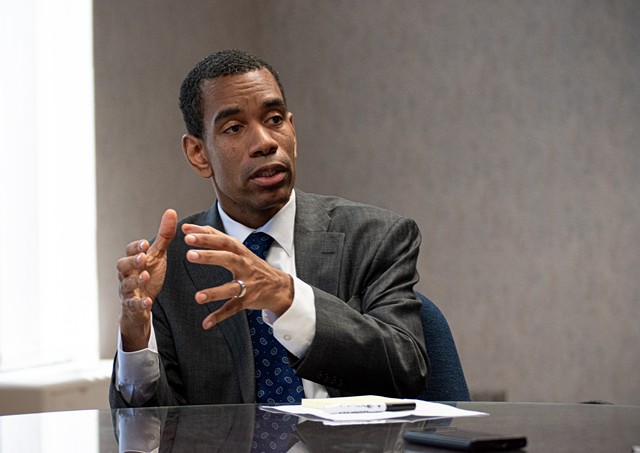 “We have to target those folks who are more likely to participate in these things and intervene in their lives now, "said Evans. "Is it a job, is it a warning, is it moving them to a community program ASAP? Because we’re in triage mode now, and triage mode is stopping the carnage that’s happening on the street."

Public safety was one of the dominant topics in the debate. Among the issues the candidates talked about was how to deal with concerns involving the Rochester Police Department.

Evans would like to build changes into the next contract with the police union to facilitate that process.

“The gulf that we have in our community is something that I have not seen in my lifetime," he said. "The gulf between City Hall and those that are on the streets. So the only way that you do that is to make sure that we improve relations with the police department, with city hall, organizations like the Police Accountability Board.

But Warren said rather than relying on re-working a union contract, the city needs state approval so that the mayor can fire a police officer for cause, instead of having to sometimes wait years for that to happen.

“It’s just unrealistic for us to even think about that," she said. "This is something that requires state law change and if you want to be able to ensure that citizens get the support that they need when they are abused then you have to be able to fire them for cause.”

The debate also included a discussion of other challenges facing the city, including housing, education and the economy. Warren often referred back to progress she said has been accomplished during her time in office, including help for struggling businesses during the pandemic.

Evans cited progress that the City Administration and City Council could make when they work together, such as developing Plan 2034, a plan developed by the city to guide its land-use and development decision-making.

Primary Day is June 22. If Evans loses, he still has the Working Families line. Warren is only on the Democratic line.