Public can learn about bus study 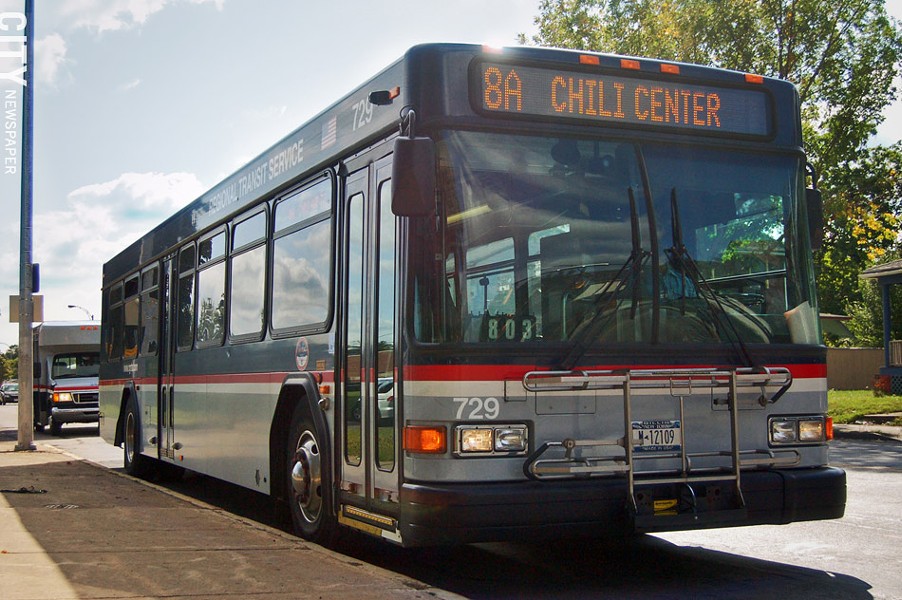 FILE PHOTO RTS has started a comprehensive study of its bus system, which could lead to an overhaul down the line.

Greater Rochester's public transit system was designed at a time when downtown Rochester was the very center of the community. Several decades and a lot of sprawl later, bus routes have been added, subtracted, and modified, but the bus system is still working from the same fundamental blueprint.

Now, however, the region's bus system could face a total overhaul, depending on the outcome of a study by the agency that runs it. Regional Transit Service is holding a public information session on its Reimaging RTS initiative at 6 p.m. Wednesday, October 25, at the SUNY Brockport MetroCenter, 55 St. Paul Street.

"It's definitely time to do something like this," says Tom Brede, a spokesperson for RTS.

The system is up against more than just geographic changes. It has image perceptions and reliability concerns that officials want to counter. Companies relocating into the area pick sites without considering transit access and then ask RTS for bus service.

New transportation options, such as bike sharing and the Uber and Lyft ride-hailing services, present both competition and opportunities, Brede says.

And then there are the millennials. As a generalized group, millennials have less interest in owning cars than previous generations; prefer living in or near compact, walkable, interesting downtowns; and have more positive attitudes about public transportation. People in that age group form a pretty big chunk of the region's population and could be vital customers for RTS, Brede says.

The process is just starting. RTS's consultants are wrapping up an origin and destination survey, and the agency is now soliciting community input through myRTS.com/reimagine. The study probably won't be finished until the end of 2018, Brede says. And it could take another year or more to put any changes into place.