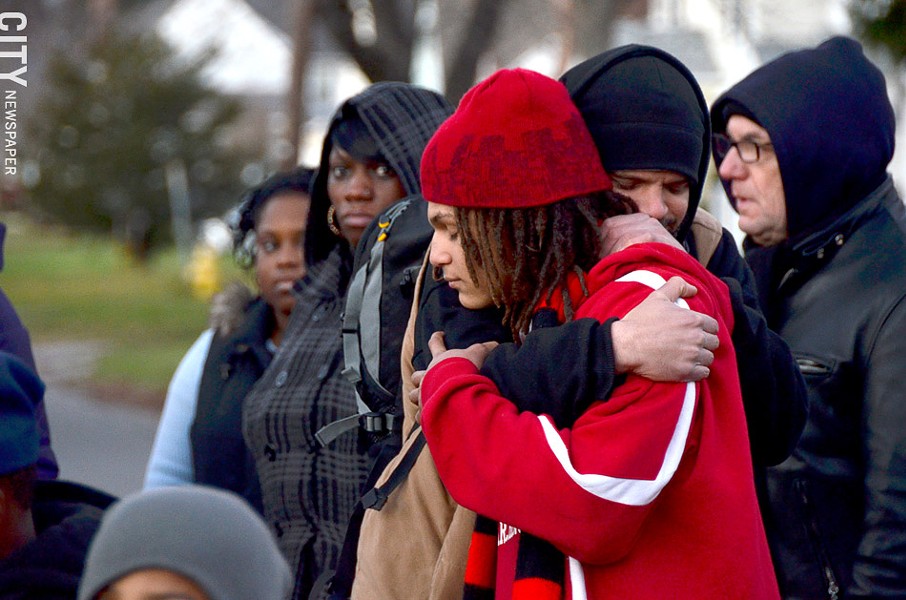 A group of about 20 area parents, residents, and students held a rally at Barnard Park in Greece yesterday to bring attention to racism and bullying.

Supporters of Alex Hare, 16, gathered at the park and marched to the home of Nicholas Robare, 18, who was recently charged by the Greece Police Department with aggravated harassment.

The charges stem from a video that Robare allegedly posted to Facebook that showed a burning article of clothing. The video contains verbal threats and racial slurs directed at Hare.

Robare is white and Hare is black.