PHOTO BY MAX SCHULTE A protester wears a gas mask during a standoff with Rochester police outside City Hall on Sept. 16.
Janine is one of thousands of local activists who took to the streets in the days following the release of a video of Daniel Prude suffocating while being restrained by Rochester police.

The 32-year-old, who asked that we not use her last name, said she participated in several protests demanding justice for Prude.

On two occasions, including the night of Friday, Sept. 4, she said she was there when police used tear gas and pepper bullets to disperse the crowds.

"All of a sudden, one of them just lobs a canister in the middle of the ground and it landed right on my foot," she said.

It was the first time she was exposed to tear gas.

"It does what it's supposed to do," she said. "It makes you cough and gag and barf and your eyes run and all of that."

But since then, the mother of two has noticed something else. She said her menstrual cycle started for the first time in years since she delivered two babies and had an intrauterine (I.U.D.) device implanted.

Janine, who breastfeeds her 2-year-old daughter, also said her breast milk production has been low. This has her especially worried.

"If I absorb (these chemicals) into my body and my body is producing milk for this kid," she asked, "are they absorbing any of this?"

According to the Centers for Disease Control and Prevention, it’s not known if agents used in tear gas can be found it breast milk.

The CDC says breast milk is not routinely tested for environmental pollutants because there are no established “normal” or “abnormal” levels of chemical agents to help in clinical interpretation.

In fact, there is scant research on the potential effects of tear gas exposure and reproductive health in general.

"But that would be years to months to take effect rather than an instantaneous clinical effect,” she added.

CS gas is the chemical agent in the tear gas canisters used by Rochester police, according to investigator Frank Camp.

Despite the lack of conclusive data on exposure to the chemical and menstrual changes, Thornburg believes women who report symptoms should be taken seriously and other factors, such as stress, should be considered.

"We know that stress does affect the menstrual cycle and can either delay or bring on menses,” she explained, “so it is completely possible that in these high-stress situations with protesters and tear gas, it may be the stress as much as anything else that is leading to these anecdotal reports."

The 29-year-old activist said she has known the stress of street protests before, but it wasn’t until after the Sept. 4 protest in Rochester, where she was exposed to tear gas for the first time, that she noticed a sudden change in her menstrual cycle.

"The very next day”, she said, “I experienced my period but it was extremely heavy and very, very painful and I had just had my period the week prior."

Vargas said the pain was so intense that she took a week off from the nightly protests.

"The pain I experienced made me unable to walk some days,” she said.

It’s not only Rochester protesters who are reporting menstrual irregularities.

Activists in Minneapolis and Portland, Oregon have also said they had similar symptoms.

Asha Hassan, associate research manager at Planned Parenthood North Central States, said she heard a number of anecdotal reports from friends and neighbors in South Minneapolis after the Black Lives Matter protests over the death of George Floyd. 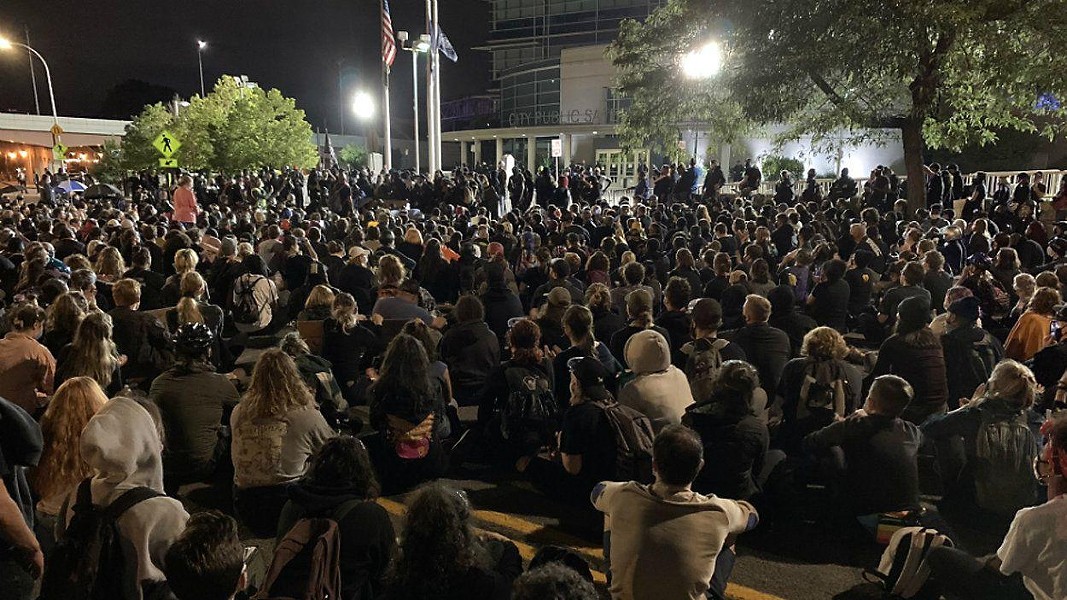 Hassan believed the issue warranted further study, so she asked Planned Parenthood to allow her to conduct a survey. A research team has been assembled to learn more about what people are experiencing.

Hassan expects to release early data within the month and a final report in about a year.

Rochester activists Janine and Stephanie are concerned about potential long-term health impacts of breathing tear gas, but both women said their fears are not strong enough to keep them from future protests.

“It’s scary,” said Janine, “but it would be scarier to continue with a system of injustice."

Stephanie said she recently bought a gas mask and goggles.

"Because we really can't anticipate how the police will respond when you're marching,” she said, “so I'm taking every precaution that I can."

New York Attorney General Letitia James has said she may expand her investigation of the city's handling of Prude's death to include the police responses to protesters.

Rochester City Councilmember Mary Lupien said she plans to work on legislation to ban the use of chemical weapons by city police.

Free the People Roc, the organization that has been leading the demonstrations, issued a statement saying the group is taking time to take care of their collective health and wellbeing as “a revolutionary act.”

Beth Adams is a reporter for WXXI News, a media partner of CITY. She can be reached at badams@wxxi.org.