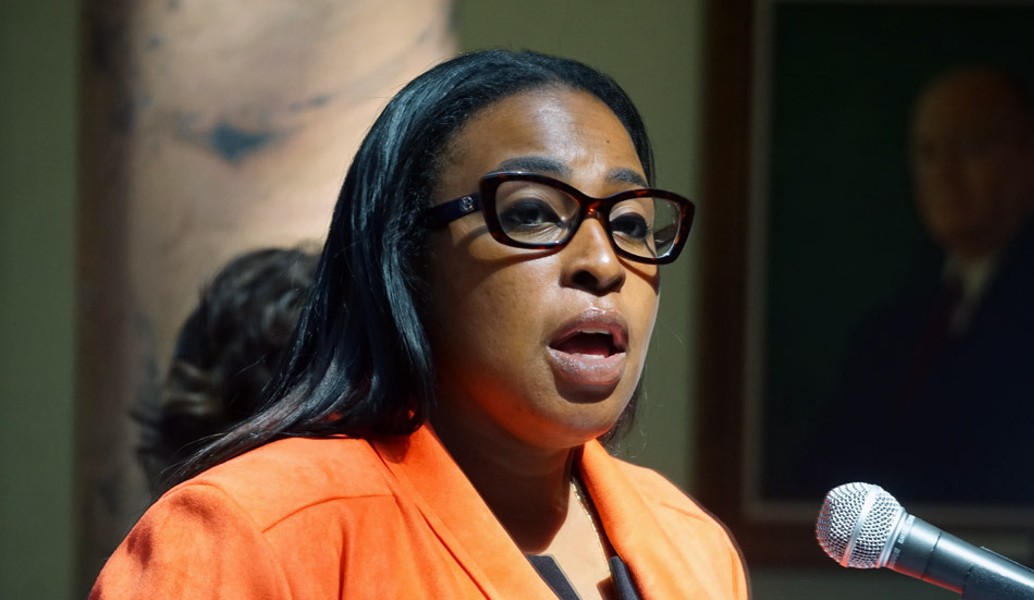 The foundation of their case is laid bare in a 35-page report prepared by state Board of Elections investigators that concluded there was “considerable evidence” that Warren and associates of her 2017 re-election campaign and a political action committee supporting her campaign took steps to intentionally evade limits on campaign donations.

Warren on Monday briefly addressed the allegations following a news conference on policing, referring to them as a “political witch hunt.”

“I believe that this is a political witch hunt, I think that it’s wrong, and I think that people have overstepped here,” Warren said.

State elections investigators forwarded their findings to the Monroe County District Attorney’s Office in early March and news reports that prosecutors have been building a case against the mayor and her associates have surfaced intermittently ever since, including late last week.

But prosecutors issued subpoenas Friday to people they want to question in their investigation that specifically commanded them to appear before a grand jury on Sept. 17.

Among the individuals subpoenaed was Evan Dawson, the host of the radio program “Connections” on WXXI, a media partner of CITY. His subpoena, a copy of which was provided to CITY, instructed Dawson to contact Assistant Monroe County District Attorney Jacob Ark.

Dawson said he contacted Ark and that he was told prosecutors were interested in verifying for a grand jury that remarks Warren made on his show on July 26, 2017, were unedited.

“It was made clear to me that they view some of her statements on that program as relevant to their investigation,” Dawson said in an interview.

Grand juries in Monroe County are typically impaneled for weeks at a time and hear allegations in numerous potential criminal cases before determining which ones warrant an indictment. If the grand jury decides there is not enough evidence for an indictment, the case will be what is called  “no-billed” and dropped.

The “Connections” show in question, which was recorded live and unedited, ran about 50 minutes in length and covered a wide variety of topics related to the mayor’s race that year.

The transfers were a news story at the time, and Warren’s opponents in the race, Rachel Barnhart and James Sheppard, had filed separate complaints to the state Board of Elections that, among other things, alleged illegal coordination between the committees.

Political action committees can give money to a candidate for office, but they can’t spend on behalf of a candidate’s campaign. If a PAC gives money to a candidate, it is restricted to the same limits of any other donor. That election cycle, the donor limit was $8,557, but records show that Warren for a Strong Rochester had transferred $30,000 to Friends of Lovely Warren.

On the program, Warren reiterated to Dawson what she and her spokespeople had told other media outlets about the transfers, namely that they were an awkward attempt to correct a clumsy clerical error committed by volunteers of her campaign and the political action committee using the electronic payment system PayPal.

The interview that day was the last that Warren would give to Dawson, and her office has not allowed anyone from her administration to appear on “Connections” since.

The 35-page state Board of Elections report, excerpts of which were obtained by CITY, suggest the scope of the investigation went beyond just the transfers and delved into a broad spectrum of financial activities by Warren’s campaign, her PAC, which has since been dissolved, and a subsequent PAC, called “PAC for a Stronger Community.”

Investigators wrote that the mayor, the treasurer of her campaign and her political action committee, and others “may have violated criminal prohibitions of Penal Law and the Election Law in connection with the campaign finance activities.”

“Considerable evidence supports a finding that Lovely Warren, Albert Jones Jr., Rosalind Brooks, Friends of Lovely Warren, the 2015 PAC, and others engaged in a scheme to evade contribution limits,” the report concluded.

Jones was Warren’s campaign treasurer and Brooks was the treasurer of Warren for a Strong Rochester. Brooks, who also goes by Rosalind Brooks-Harris, is also the finance director for the city of Rochester.

In the days after the report was forwarded to the Monroe County District Attorney’s Office, representatives from about two dozen businesses and organizations received subpoenas seeking information about their dealings with Warren’s re-election campaign.

Those subpoenas marked the second wave to be issued by the District Attorney’s Office in relation to the investigation, with the last set making headlines in December 2018.

Among those subpoenaed in March were churches, social service organizations, and printing companies that had contracted with Warren’s campaign or her political action committee, according to multiple sources, including some who received a subpoena.

CITY agreed to requests from representatives of some of the businesses and organizations that acknowledged being subpoenaed that their identities be withheld because it is unclear what about their dealings with the mayor’s political committees may have been problematic.

Some of the organizations subpoenaed contracted with one or both of the mayor’s committees for as little as $40 for print ads and literature, according to the state Board of Elections campaign finance records.

After the 2017 election, Barnhart, now a Monroe County legislator, continued unearthing and speaking publicly about what she cast as irregularities in spending on behalf of Warren’s campaign that year. She said this week she always believed there would be a reckoning.

“This all happened in the public eye and what we saw in public filings was troubling enough,” Barnhart said. “I’m interested in seeing what the state Board of Elections found by digging deeper into records.”

Joe Damelio, the attorney representing the mayor and her campaign, issued a statement last week in response to media reports in which he said that he has yet to be contacted by the District Attorney’s Office and that he looked forward to the conclusion of the investigation.

“The mayor in her official capacity, and as a private person, did absolutely nothing wrong,” Damelio said. “And, when this investigation is done, it will be shown that no money is missing.”

In calling the allegations “a political witch hunt,” Warren suggested the investigation was timed to her candidacy for a third term in office, which she said she intended to launch in January.

“I think it’s imperative that people in the community understand what is going on here, and I would hope the media would go and do their research and look into this,” Warren said. “We are talking about something that happened, or alleged to happen, four years ago, and now, all of a sudden now, it’s coming to fruition right before I get ready to run for re-election.

“Ask yourself who’s running against me and who are they tied to.”

To date, no one has declared their candidacy for mayor in 2021.