Promotions at Board of Elections rile Democrats

The interim Monroe County Democratic elections commissioner at the center of a rift that has divided her party promoted four staffers to new controversial positions in the Board of Elections over the past month as Democrats prepared to install her successor.

The promotions, approved by acting Democratic Elections Commissioner LaShana Boose, infuriated some party leaders and her presumed successor, who learned of them this week and cast them as an eleventh-hour effort by Boose to amass power within the board’s rank and file. 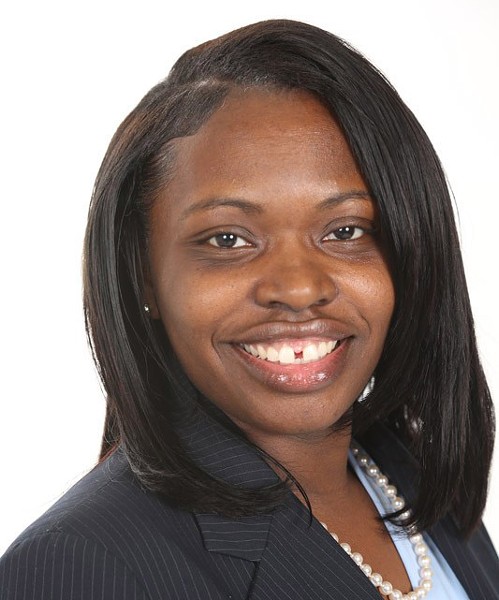 Boose and her Republican counterpart, Elections Commissioner Lisa Nicolay, signed off on three of the promotions together on July 25, a Saturday on which members of the Monroe County Democratic Committee voted to elect a permanent Democratic commissioner. The fourth was made this month.

Democratic party members overwhelmingly selected Jackie Ortiz, a City Councilwoman whose confirmation in the county Legislature has since been delayed by a handful of Democratic legislators who had wanted to see Boose installed.

Ortiz called the promotions and their timing “premature and inappropriate” in a statement released to CITY in response to an inquiry. “As promised,” the statement went on, “a review of positions, roles and responsibilities will be undertaken and next steps determined thereafter.”

Boards of Elections in New York are overseen by co-commissioners, a Democrat and a Republican, and their employees are notoriously political animals. It is not unusual for board workers to have campaigned for or donated to candidates for office from their respective parties.

The four promoted staffers in question all have a history of supporting Democratic candidates.

One of them, Carla Williams, who was promoted to a managerial role at a salary of $60,251, was the treasurer for county Legislator Ernest Flagler-Mitchell’s recent and unsuccessful campaign for Assembly. Incidentally, elections officials removed Williams from counting ballots from that Democratic primary after Flagler-Mitchell’s opponent and the race’s winner, Demond Meeks, complained about her participation as a conflict of interest.

Flagler-Mitchell played an integral role in delaying the installation of Ortiz earlier this month.

The moves served to fill six new supervisory positions that county legislators granted the Board of Elections this spring over the objections of County Executive Adam Bello, who said adding the jobs during a public health crisis that’s left the county cash strapped was unnecessary.

Anthony Plonczynski-Figueroa, a member of the Monroe County Democratic party’s executive committee and an Ortiz ally, questioned why Boose and Nicolay would fill the six contentious BOE jobs knowing a new commissioner would potentially be taking office. He said the promotions and hires could “sandbag” Ortiz in terms of selecting her own staff.

“There’s no other way to articulate this than blatant sabotage or arrogance of the highest order,” Plonczynski-Figueroa said.

Boose did not return phone and email messages left for her on Friday seeking comment.

Felder said Friday that he saw nothing wrong with Boose and Nicolay filling the positions. As for the timing of the promotions and hires, Felder said it was his understanding that bureaucratic red tape kept them from happening sooner.

Meanwhile, the Legislature faces a deadline to act on Ortiz’s appointment.

Under state law, the Legislature has 30 days to confirm an elections commissioner candidate from the time he or she is recommended by the county Democratic Committee. The committee recommended Ortiz on July 27 and the 30-day mark is August 26.

If that deadline is blown, then the task of appointing an elections commissioner could fall to the Democratic caucus of the county Legislature. It’s not clear how that process would play out, but it appears Democrats are about to find out.

“As of right now there’s no plan to bring it up for a vote,” Felder said Friday of Ortiz’s confirmation.