PHOTO BY DAVID ANDREATTA Protesters plastered City Hall in September 2020 with posters calling for Mayor Lovely Warren's resignation.
An independent investigation into the city’s handling of Daniel Prude’s death found that officials at the highest levels of city government and the Rochester Police Department suppressed information about his fatal arrest and blamed Mayor Lovely Warren for keeping the incident out of the public eye for so long.

Andrew Celli, the attorney City Council hired to conduct the investigation, found that the mayor, Police Chief La’Ron Singletary, City Council member Mary Lupien, and unnamed activists all knew about the incident well before it was brought to the attention of the public on Sept. 2 by a lawyer for the Prude family.

“Did officials of city government suppress information about the arrest and death of Daniel Prude between March 23, 2020, when the arrest occurred, and September 2, 2020, when the Prude family publicly released body-worn camera footage of the incident?” the report read. “The straightforward answer is yes.”

“In the final analysis," the report concluded in its executive summary, "the decision not to publicly disclose these facts rested with Mayor Warren, as the elected Mayor of the city of Rochester. But Mayor Warren alone is not responsible for the suppression of the circumstances of the Prude arrest and Mr. Prude’s death.”

Singletary in particular was cited for intentionally downplaying the role that police restraint played in Prude’s death in his communications with city officials, including the mayor. An autopsy by the Monroe County medical examiner revealed that the “immediate cause” of Prude’s death was “complications of asphyxia in the setting of physical restraint.”

Despite having the medical examiner’s report, Singletary in correspondence with city lawyers and the city’s communications director substituted the term “resisting arrest” for “asphyxia.”

“It is more likely than not that Chief Singletary was informed of the finding of asphyxia, but that he wished to shift the focus of responsibility for Mr. Prude’s death from the conduct of RPD officers who restrained him to Mr. Prude himself,” the report read.

Prude, 41, died at Strong Memorial Hospital on March 30, a week after he suffocated in police custody. He was in mental distress when he was approached by police, who were summoned by Prude’s brother Joe Prude out of concern for his safety, and an autopsy found signs of PCP intoxication.

After his death became public five months later, questions swirled around who in city government knew what and when. City Council hired Celli and his Manhattan-based law firm to conduct an outside probe and find the answers.

Warren issued a statement following the report's release in which she said, "I welcome today's report because it allows our community to move forward."

"Throughout city government, we have acknowledged our responsibility, recognized that changes are necessary and taken action," she added, citing the creation of Person in Crisis teams, lobbying the state to make firing police officers easier, and reforming her administration's handling of requests for records under the state's Freedom of Information law.

City Council member Malik Evans, who is challenging Warren for the Democratic ticket for mayor this year, seized on the report to take a poke at his opponent.

"At a time when many in the community have lost faith in government, unfortunately this report did little to restore confidence," Evans said. "The report makes clear that this tragedy was compounded by the fact information related to Daniel Prude’s death was not handled in an open and transparent manner. "

Many of the conclusions contained in Celli’s report, which spanned 84 pages, validated parts of the narrative that had been previously established, including Singletary’s de-emphasizing of the role of police in Prude’s death. But new information did emerge.

For instance, the investigation revealed that Lupien and some activists knew about Prude’s death as early as July, when Elliot Shields, an attorney for Prude’s family, informed them that Prude had died after police restrained him. 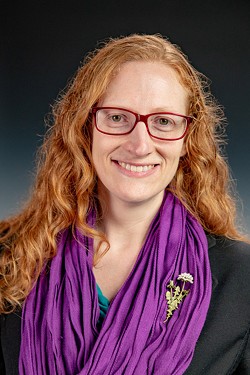 Shields “and certain activists in the community were ‘trying to keep (the Prude matter) very quiet,’” the report read.

“Ms. Lupien did not raise the issue with the mayor, the police chief, or anyone else in the mayoral administration, and she made no public statements about the matter at that time,” the report read.

Investigators found that Lupien did not inform others of Prude’s death for a variety of reasons, including wanting to abide by Shields’s wish to keep the matter quiet until he was prepared to disclose it publicly and a fear that the Warren administration would seek to preempt the Prude family and, in her words, “control the narrative” around the incident.

In a brief phone interview, Shields explained that the activists were members of Free the People ROC and that he informed Lupien of Prude's death while speaking to her about a different matter, believing that she already knew about Prude.

Lupien ultimately received the body-worn camera footage on Aug. 27 and viewed it on Aug. 31, according to the report.

The report also noted that Warren informed City Council President Loretta Scott of Prude's death in early August, about a month before it became public knowledge. Investigators found that Warren "emphasized the role of PCP in Prude's death and deemphasized the use of force by police." The mayor asked Scott to keep the matter confidential, citing an ongoing investigation by the state Attorney General's Office.

When news of Prude's death broke, Warren cited the attorney general's probe as the reason she did not speak publicly about Prude's death previously, citing advice she received from the city's lawyer, Tim Curtin.

But investigators found that there was no legal or factual basis for Curtin to have ever asserted the attorney general's probe precluded the mayor from speaking out about Prude's death.

Investigators also highlighted a string of statements Warren made at news conferences or in news interviews in the hours after Prude's death came to light publicly that they said were untrue. Those statements included her assertion that Singletary had told her that Prude had died of an overdose in police custody and that she was not aware by August that Prude's death had been ruled a homicide by the medical examiner.

"Those statements were untrue," the report read. "Chief Singletary did not tell Mayor Warren that Mr. Prude’s death was caused by an overdose."

Carrie Cohen, a lawyer retained by the Warren administration for the independent inquiry, took exception to the charge that Warren lied. In a statement, she denied that the mayor ever knowingly said anything untrue and blamed Singletary for anything the mayor said that was misleading.

"At all times, Mayor Warren spoke based on the facts known to her at the time and to the extent those facts were misleading in any way, that is a direct result of the misleading way in which former Chief Singletary relayed information to the mayor," Cohen said.

Singletary announced his intent to resign as police chief about a week after news of Prude's death broke, but Warren subsequently fired him effective immediately.

The report, written in the form of a chronological timeline, was a compilation of dozens of interviews and subpoenaed records, including email and text message correspondence between some of the city’s most powerful figures.
See related PDF Final_Report_of_the_Independent_Investigation_of_the_City_of.pdf “No brief public statement can summarize those findings, that analysis, or the report as a whole,” Celli said in a prepared statement that urged people to read the report in full.

His statement went on: “The investigation revealed no explanation that fully accounts for the more than four-month delay between the death of an unarmed man at the hands of Rochester police, and public disclosure of the facts and circumstances under which the death occurred — other than a decision or series of decisions not to make such disclosure.”

This article has been corrected to reflect how City Councilmember Mary Lupien learned of Daniel Prude's death.