From African and Caribbean dance to ballet, Rochester has a community of prodigiously talented movement artists who are constantly defining and redefining what contemporary dance can be. Here's a non-comprehensive look at six highlights from the upcoming 2018-19 season, featuring some of the city's most beloved performers and choreographers.

PUSH Physical Theatre is a perennial powerhouse. The Rochester-based troupe transcends dance performance by embracing the versatile physicality of the human form and imagining objects with that same, free-flowing movement. Founded by Darren and Heather Stevenson, PUSH engages and challenges the audience's imagination, and its performances at this year's Rochester Fringe Festival on September 15, 20, and 22 will be no different. Marking the group's seventh set of Fringe performances, the program will balance between time-tested PUSH classics and newer works premiered last season — including excerpts from inventive collaborations with the Ying Quartet and the Rochester Philharmonic Orchestra. rochesterfringe.com; pushtheatre.org.

DANSCORE, the annual celebration of SUNY Brockport's Department of Dance, returns to Hartwell Dance Theater on November 15 through 17. In existence for more than 50 years, the dance community at Brockport is a vibrant collaboration between students, faculty, and guest artists. The DANSCORE performances are the manifestation of that collaboration, featuring works created by Brockport instructors, students, and renowned outside choreographers alike. brockport.edu/academics/dance/danscore 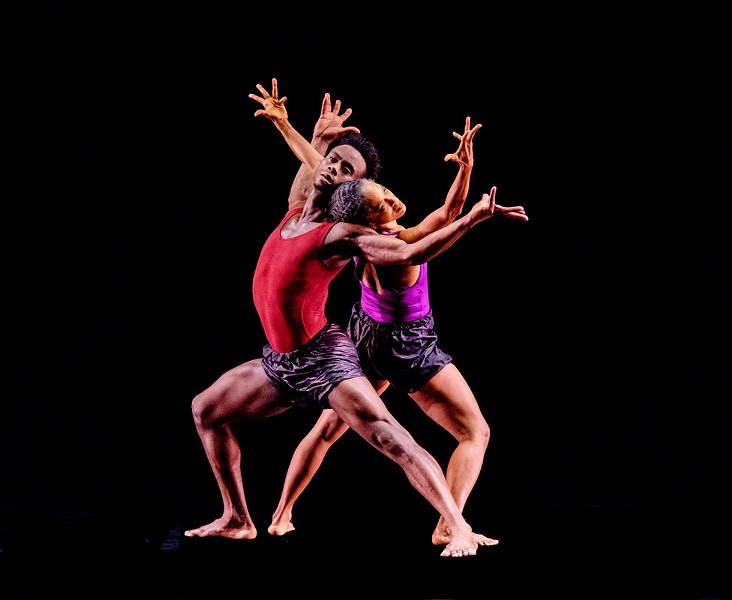 Garth Fagan Dance needs no introduction with Rochester audiences. A pillar of the local arts scene, the contemporary dance company has been an institution and model for arts engagement in the community for nearly half a century. Perhaps best known for his work on the smash hit musical "The Lion King," influential choreographer Garth Fagan's vision is still clear and strong, and will be showcased December 5 through 9 at Nazareth Arts Center's Callahan Theater. Abstract at times, Fagan's style is always expressive, an effusive combination of classical and Caribbean dance traditions. naz.edu/arts-center; garthfagandance.org.

Rochester City Ballet and its artistic director David Palmer are to be applauded for their efforts in making dance programming accessible to the community, rejecting stodgy premises in favor of interesting pop-culture signifiers that can provide a path to ballet for newcomers. Last season, Palmer paired Stravinsky's game-changing ballet "Rite of Spring" with "Under the Moonlight," an homage to the music of the late avant-pop icon David Bowie. This season, Palmer and company will present the story of "Dangerous Liaisons" as a multimedia-infused dance performance. The plot has seen numerous movie adaptations since the publication of the 18th century source novel by Choderlos de Laclos, including the 1999 film "Cruel Intentions." "Dangerous Liasons" is a timeless story of deception, seduction, and romance gone awry, and Rochester City Ballet will perform it on March 22 through 24 at Nazareth Arts Center. rochestercityballet.org

In addition to its enduring tradition of contemporary dance, SUNY Brockport's Department of Dance is also home to Sankofa African Dance and Drum Ensemble. Led by Artistic Director Jenise Akilah Anthony and Music Director Khalid Abdul N'Fally Saleem, the group explores the rich and diverse cultural legacy of Africa, whether through traditional stagings or reimagined performances drawing on contemporary stories and dance vocabulary. Sankofa will present a run of performances at Hartwell Dance Theatre from May 2 through 5. brockport.edu/academics/dance/sankofa