Pride parade and festival to return to Rochester

FILE PHOTO The Pride Parade marches along Park Avenue in 2017.
A Pride parade and festival will return to Rochester in July, organizers announced Tuesday, after a two-year hiatus brought on by the pandemic and the collapse of the region’s most prominent LGBTQ+ advocacy organization.

Both events are scheduled for July 16, a Saturday. The parade will follow its traditional route along Park Avenue, beginning at Alexander Street and ending just short of Culver Road, and the festival will immediately follow at Cobbs Hill Park, according to organizers.

On tap for the festival are live music, vendors, games and activities, food, and alcoholic and non-alcoholic beverages.

The festivities are being planned by a new group called ROC Pride Collective, a coalition of people involved in the LGBTQ+ community and representatives of gay rights advocacy organizations that formed last year to coordinate the events.

The planning for decades had been in the hands of the region’s premier LGBTQ+ agency, the Out Alliance, formerly known as the Gay Alliance of the Genesee Valley, which was incorporated in 1973 and became a catch-all social services organization for the gay community.

But Out Alliance unraveled in June 2020 amid a financial crisis brought on by declining donations and programming revenue and staff members complaining of a hostile work environment. Today, the organization exists mostly on paper, with no employees or programs.

RELATED: Out Alliance at a crossroads, faces uncertain future

RELATED: Reclaiming Pride without Out Alliance

The festivities planned for this year mark the 50th anniversary since the first Pride events in Rochester were organized.

“The beautiful thing about Pride is it’s really rooted in community grassroots organizing, so to me this feels like it’s coming full circle,” said Susanna Speed, a co-chair of the ROC Pride Collective. 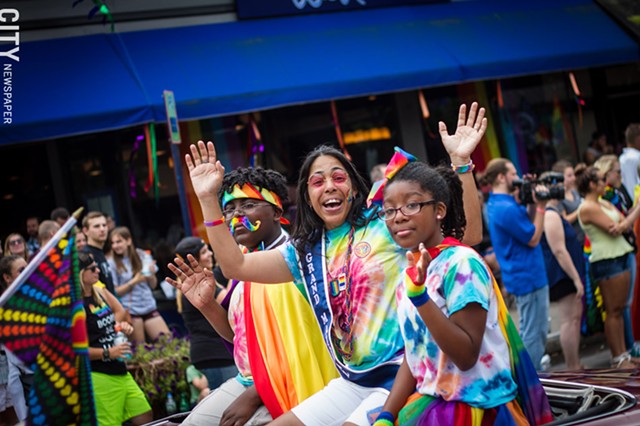 She described Out Alliance board members as having been partners in the planning process.

Luis Burgos, board president for the Out Alliance Board, said the organization has supported the efforts of ROC Pride Collective.

“It is a wonderful group of creative and dedicated members of the LGBTQ community representing a full diversity of voices,” Burgos said. “It is as it should be.”

Pride month in the United States is typically celebrated in June, but Rochester is an outlier among American cities in that its Pride festivities have historically been in July.

The parade and festival being organized by ROC Pride Collective last just one day, but a series of Pride-related events are scheduled to run through the months of June and July, from Pride Day at the Seneca Park Zoo on June 11 to Pride Celebration Day at the Memorial Art Gallery on July 17.

“I expect that since we haven’t had large pride events in quite some time that the community is going to be very excited,” Speed said. “I expect it to be a very busy Pride.”

The full slate of Pride activities can be found at rocpridecollective.com.