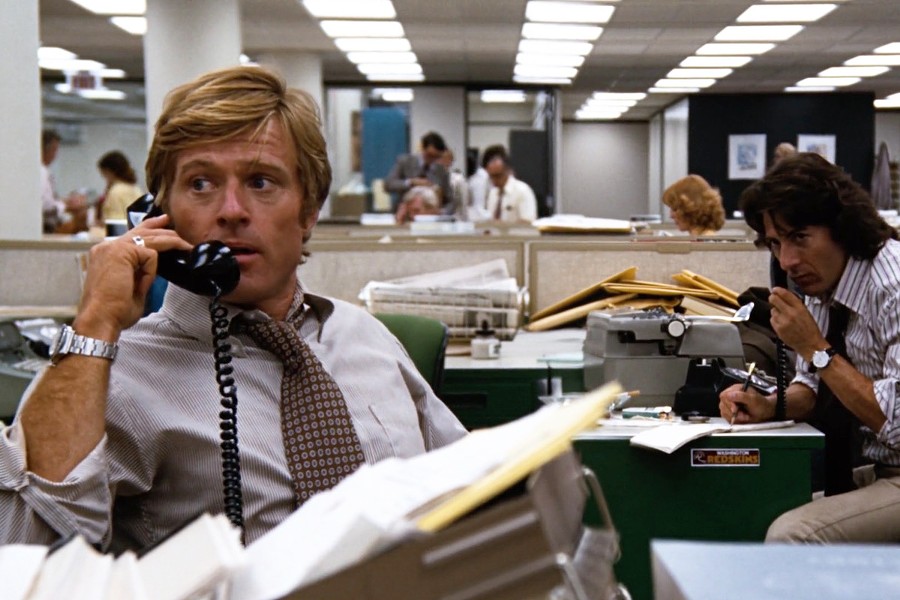 PHOTO PROVIDED Robert Redford and Dustin Hoffman in "All the President's Men."

No screening on September 15

A joint effort of the Eastman Museum's Dryden Theatre and the Rochester Labor Council's Pettengill Labor Education Fund, the annual Rochester Labor Film Series screens a program of contemporary and classic films that celebrate workers of all stripes from around the world. The selected films encompass a wide range of issues and topics, from unions to workplace conditions, immigration, and globalization.

"Many of this year's films are quite topical," says Jon Garlock, chair of the Labor Council's Education Committee and co-curator of the Labor Film Series. Along with informing and challenging the audience, Garlock hopes the program will "broaden their understanding and appreciation of work and workers."

The series, now in its 28th year, only seems to grow in importance as we face an increasingly uncertain future, under a leader who views every aspect of our country simply as commodity to be mined for profit.

Films will screen on Fridays, from September 1 through November 3. All screenings begin at 7:30 p.m. (unless otherwise noted), though select films will receive encore showings following their initial series premiere. Each night will feature an introduction, offering a bit of expert insight into the issues raised by the evening's film — and several will be followed by a discussion. General admission is $8; $6 for members; students with ID, $4; and free for kids under 17.

The Labor Film Series kicks off with "A Better Life" from director Chris Weitz. A reworking of Vittorio De Sica's classic "Bicycle Thieves," the drama follows the experiences of illegal immigrants in America, as seen through the eyes of a gardener (the Oscar-nominated DemiánBichir) raising his son in East Los Angeles. (Friday, September 1)

In the lyrical documentary "Behemoth" ("Bei xi moshou"), Chinese documentarian and video artist Zhao Liang juxtaposes his home country's natural beauty against the coal mining industry that threatens to destroy it and the workers who labor in it. (Friday, September 8)

Film projectionists get their due with "The Dying of the Light," a documentary that digs into the careers of those unsung heroes of the movie theater experience and examines their dwindling role in the digital age. The screening will include a discussion with several local projectionists. (Friday, September 29; Sunday, October 1, 2 p.m.)

A ruthless corporate executive exercises his power over two underlings in "Patterns," a fleet-footed drama (with a script by Rod Serling, of "The Twilight Zone") which originally aired as part of the 1950's-era anthology series "Kraft Television Theatre." (Friday, October 27; Monday, October 30, 1:30 p.m.)

Criminally underrated actor David Strathairn stars in "No God, No Master" as an FBI agent who uncovers an anarchist plot to overthrow the US government. The plot may have been inspired by real-life events that took place during the 1920's, but contains a number of startling parallels to today. (Friday, November 3)