ImageOut, Rochester's biggest film festival and the largest LGBTQ film festival in New York State, kicks off its 24th year this week. The festival will include 36 feature films and four programs of shorts over the course of 10 days, from Friday, October 7, through Sunday, October 16. The festival is bookended by an Opening Party at Skylark Lounge (40 South Union Street) on Thursday, October 6, and a Closing Night Party on Saturday, October 15, at George Eastman Museum (900 East Avenue) — both are open to festival members and opening and closing night ticketholders.

ImageOut Programming Director Michael Gamilla says that he's noticed a trend in recent film themes shifting back toward the "basic issues of self-acceptance, coming out, family acceptance, and bullying," and less of a focus on political battles showcased in previous years. He says he has the sense this is due to recent victories in the fight for LGBTQ rights, though there are many ongoing struggles.

But while some of these undying themes take center stage this year, "the narratives are not that simple," Gamilla says. "The filmmakers have found creative ways of retelling older issues."

While LGBTQ stories are the central focus of many of the selected works, the festival also spotlights films in which those threads are subplots within more general human dramas. "The definition of 'gay films' is ever-expanding," Gamilla says.

As always, ImageOut will offer its two mainstay film series: the Next Generation Series, which is free for moviegoers under 21 and focuses on films about and geared toward young people; and the ImageOut There! Series, featuring some more off-beat titles that defy tidy categorization. All festival venues are wheelchair accessible, and sign language interpreters are available on request. Tickets are sold per film (in advance by phone and online, and in person), and a full festival pass is available for $220. Discounted tickets are available to seniors and young adults.

Below are a selection of eight ImageOut 2016 films that showcase this year's variety of stories. For more information, go to imageout.org, or call the festival office at 271-2640.

The opening scenes of "Heartland," unpack a series of devastations for 20-something artist Lauren (the film's co-writer, Velinda Godfrey). Immediately following her girlfriend's death, she is evicted, loses her job, and is forced to move home to rural Guthrie, Oklahoma. Lauren is left to cope with her grief alone — while her conservative mother is ready to be a practical safety net, she's simply unwilling to acknowledge Lauren's identity or the nature of her lost relationship.

Enter Lauren's workaholic brother, Justin, and his sophisticated fiancée, Carrie (Laura Spencer), who arrive to settle practical matters for the winery they are about to open in town. When Justin has to leave town for business, culture-shocked Carrie and floundering Lauren fumble their way into an unexpected friendship that forces everything unspoken into the light. There's enough humor and pleasurably wistful country vistas to keep this film buoyant through its uncomfortable brushes with familial wounds, betrayals, and acceptance for what reconciliations won't come. (Friday, October 7, 6:30 p.m., Little 1) 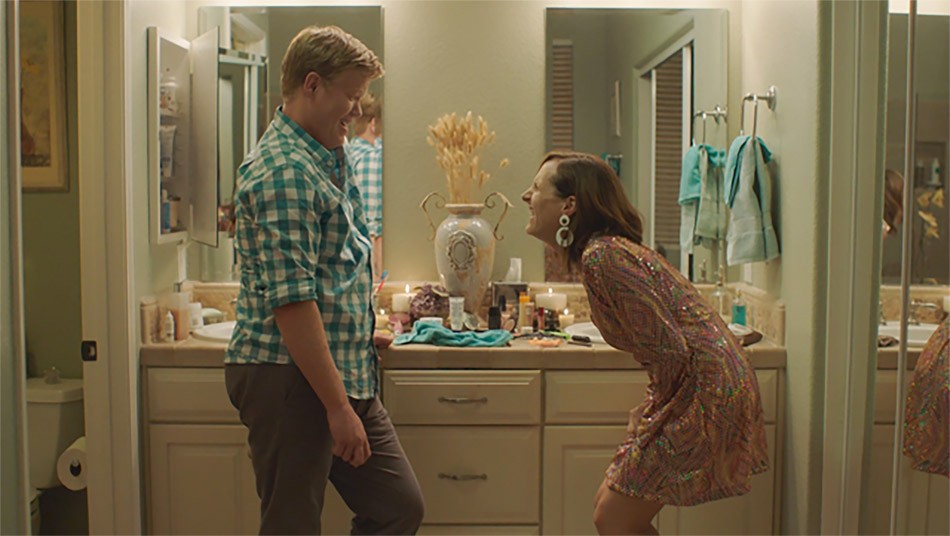 "Other People" follows struggling comedy writer David (Jesse Plemons) for a year as he fights to maintain a front of stability for his dying mother (Molly Shannon).The film offers some unspoken parallels between their experiences. She must relinquish her teaching career as her health deteriorates, and he helplessly watches other writers land opportunities he is competing for.

While secretly coping with the split with his boyfriend of five years, David also harbors simmering resentment toward his father (Bradley Whitford), who has never accepted David's sexuality. And as he races toward an inevitable breakdown, David's efforts to stay strong for his family ironically prevent him from noticing that his younger sisters are suffering as well. Though rife with intimate conversations and excruciatingly extended goodbyes, the film has many moments of hilarious relief in some of its darkest moments. Keep an eye out for the fabulously entertaining Justin (J.J. Totah), who steals the show more than once. (Friday, October 7, 9 p.m., Little 1)

Stories about reconciliation between parents and children with regards to sexuality are understandably common, but the focus is so often on the parents' difficultly understanding or accepting their children's identity. Piotr J. Lewandowski's gorgeous work, "Jonathan," flips this narrative, exploring a decades-old wound that the young son must strive to understand.

Set in idyllic rural Germany, the story's slow-paced, poetic opening alternates between the title character (played by Jannis Niewohner) caring for his dying father, Burghardt (Andre Hennicke), and toiling alongside his aunt Martha and other youths to keep the farm going. As Burghardt's condition worsens, a shade from the family's past arrives, igniting the embers of hostility between Martha and Burghardt. Left in the dark regarding family history and his mother's tragic death, Jonathan becomes ferociously angry about what he sees as the root cause of so much pain.

Fresh-faced Anka, who has arrives to help care for Burghardt, frolics sweetly with Jonathan while encouraging his artistic passion and urging him to make peace with his dad. Adept at dealing with the dying, Anka calmly sees the family through violent outbursts born of unresolved sorrow. And while she definitely fits into the manic-pixie-dream-girl foil, contrasting sharply against everyone else's stubborn broodiness, she somehow escapes the more eye-roll-worthy clichés of the role. In German with English subtitles. (Saturday, October 8, 4:15 p.m., Dryden) 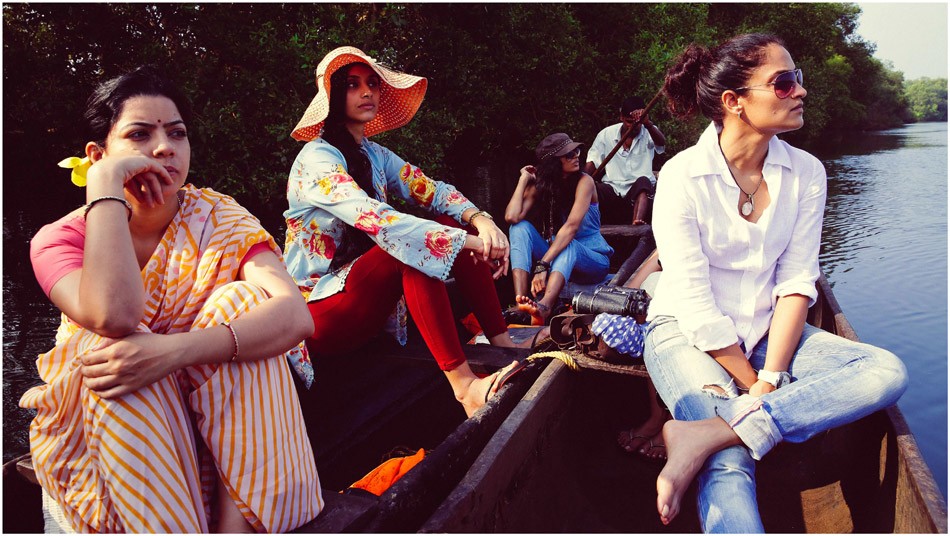 Pan Nalin's "Angry Indian Goddesses" opens with an extremely satisfying montage of everyday sexism met with righteous feminine revenge. That series of scenes and its kicking soundtrack set an upbeat, if indignant, tone for what is ultimately a beautiful story about female friendship. One by one, women from diverse backgrounds gather at a remote house in Goa, and before long discover that their host, Frieda, has called them together for more than a reunion. Frieda's getting hitched, but she hasn't told anyone to whom.

Complex dynamics within the circle of friends are revealed and resolved through candid conversations about profound dissatisfaction and hardships, while misogyny and rape culture continuously invade the spaces they are trying to carve out for themselves. Although the majority of the story is a fun romp peppered with doses of sharp reality, one particularly tragic turn — and its uncomfortable conclusion — forces us to consider questions of vigilante justice when women are left with no protection, no advocacy, and no other recourse. In Hindi and English with English subtitles. (Saturday, October 8, 9 p.m., Little 1)

Presently, a sobering revelation cuts the flirtation short, resulting in an abrupt trip to the ER and potentially curtailing the budding romance. Yet directors Olivier Ducastel and Jacques Martineau nimbly steer the pair toward an even deeper intimacy that is tested repeatedly during their film-long ramble through the sleepy streets. Despite the low-action and only the drama of the heavy matter between them, their slow, sweet process of getting to know one another is engaging throughout. Few love-at-first-sight tales feel this remarkably tangible. In French with English subtitles. (Saturday, October 8, 9:15 p.m., Dryden) 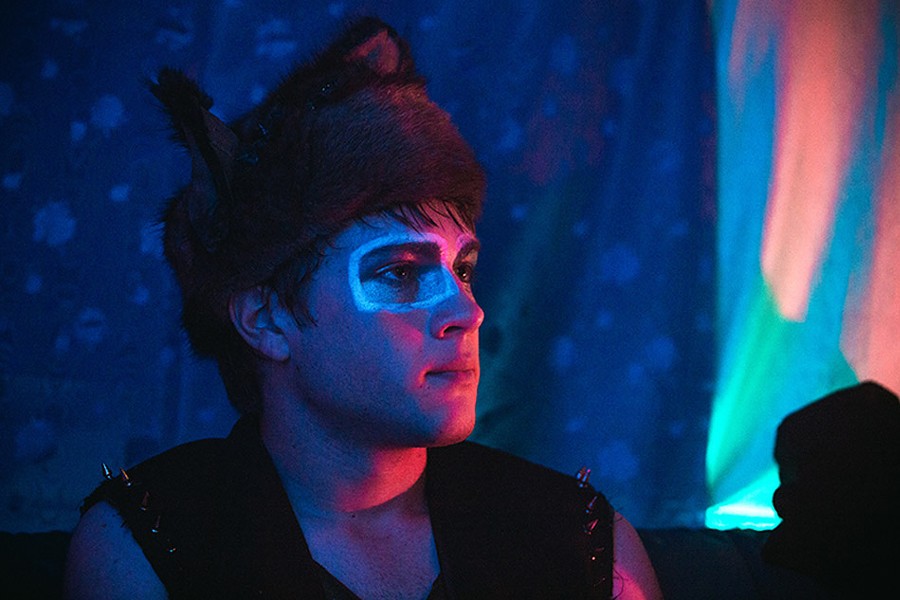 The slightly fantastical coming-of-age tale "Closet Monster" follows Oscar (Connor Jessup), whose youth has been marked by a bitterly broken home and a retreat into lonerism. His carefully constructed private haven, filled with deep creativity, dreams of college in New York City, and populated by a sassy, talking hamster (voiced with welcome levity by Isabella Rossellini), is disrupted when he develops an attraction to his charming co-worker, Wilder (Aliocha Schneider).

But any budding awareness of his sexuality is embedded within a challenging context: the damaging memories of witnessing a violent hate-crime as a child and an increasingly hostile relationship with his controlling, casually-bigoted father. This directorial debut from 26-year-old Canadian Stephen Dunn sets desperately dark drama in sharp contrast with the moments of peace our protagonist craves and deserves. (Sunday, October 9, 6 p.m., Little 1)

Ivan Cotroneo's "One Kiss" ("Un Bacio") centers on three misfit friends who, for a time, help one another sail through the terrors of high school. Jaded and savvy Blu (Valentina Romani) narrates the story through a series of letters she's writing to her future self. Branded as a slut due to rumors of her past sexual exploits — which of course oversimplifies the reality — she shields herself with a constant side-eye leveled at her peers.

Openly gay and seemingly unsinkable Lorenzo (Rimau Ritzberger Grillo) has been taken in by a perfect foster family who do their best to support him as he embarks on a fresh start as the new kid in town. Ever-positive, he drowns out the bullying with cheerful bouts of pop-laced fantasy. Though each of the kids are vulnerable, Antonio (Leonardo Pazzagli) is arguably the least equipped to deal with social pressure. He's never overcome the death of his older brother, and though he's one of the best basketball players on the team, he's incredibly withdrawn until Blu and Lorenzo attempt to draw him out.

Despite a film full of optimism, the strength of friendship can't overcome the pressures of homophobia and bullying on the youths. But brilliantly, the film offers a lesson within a crushingly simple alternative ending. (Monday, October 10, 8:30 p.m., Little 1) 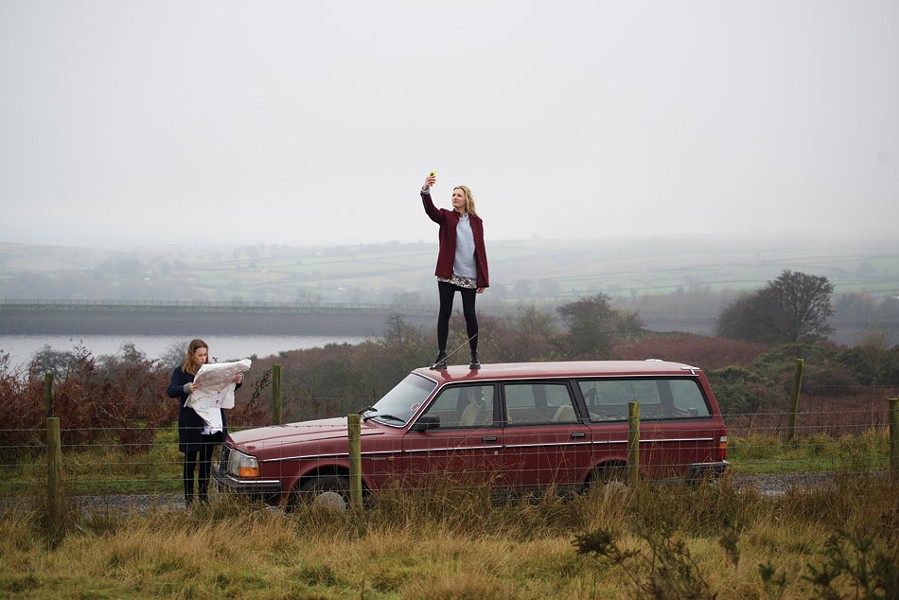 The title of Chanya Button's first fill-length feature, "Burn Burn Burn," is pulled from famous lines penned by Jack Kerouac, and in the spirit of the beat writer, the film involves a life-altering road trip. The story opens with friends and family mourning the death of Dan, and centers on Seph (Laura Carmichael, known for her role as Lady Edith from "Downton Abbey") and Alex (Chloe Pirrie), who were kept in the dark about his terminal pancreatic cancer.

Dan's parting gift to his two best friends is a video that imparts his love while he commands them to scatter his ashes in four locations across the UK. At each stop, they learn the significance of the place through a corresponding potion of the video. Initially hesitant to comply, the gals relent after a couple of abrupt and unfortunate events. What follows is one hell of a carpe diem piece. As Dan's health visibly deteriorates at each stop, his teasing nature shifts gears from philosophy, to anger, to tough-love, urging the girls to confront and resolve secrets and regrets, get real about their lives, and rage against the dying of the light. (Wednesday, October 12, 6 p.m., Little 1)