Pre-k is a high point for Rochester

The Rochester school district is not among the 81 districts statewide that will receive a share of the $340 million made available by New York State for full-day prekindergarten. (The recipients were announced last week by Governor Andrew Cuomo.) That's because the city district had already received its funding and started offering full-day prekindergarten in February 2014.

"About 90 percent of our universal pre-k program will be full-day this year," says Robin Hooper, the district's executive director of early childhood programs.

While student enrollment has been declining in the upper grades in city schools, enrollment in universal pre-k is strong, Hooper says. And school officials expect it to be even stronger this year as the district continues to shift from a half-day program to a full-day program, she says.

The latter is more convenient for parents, Hooper says. She says she expects the district's full-day pre-k program to reach 95 percent or more of its capacity this coming school year.

There are about 3,100 children in the City of Rochester who qualify for the prekindergarten program, Hooper says. The district served more than 2,000 children during the last school year, she says. And several hundred more were served by private and nonprofit organizations, she says. 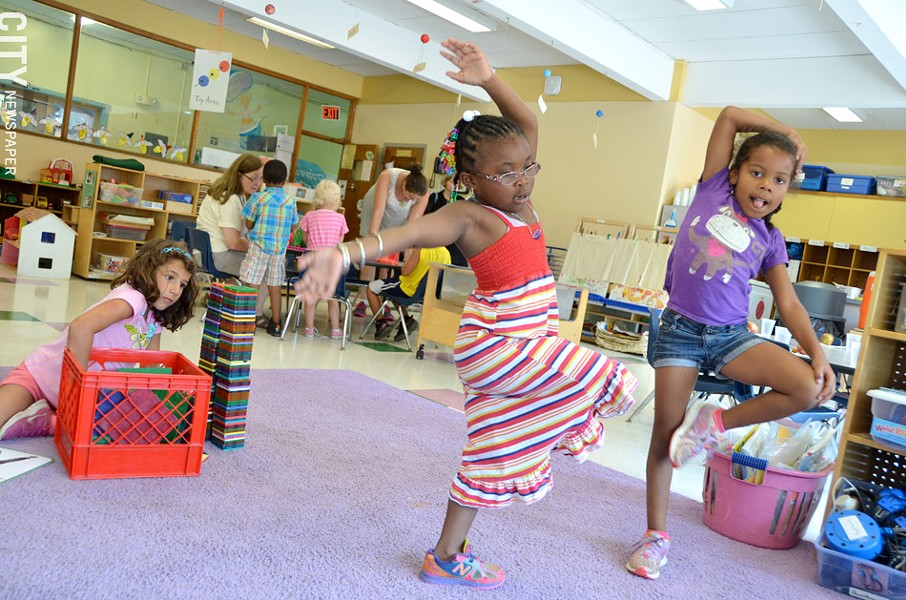 Hooper says that based on last year's data, there are about 200 children who haven't yet enrolled for this year's program. Enrollment is open until October 1.

More information about enrollment in the district prekindergarten program: www.rcsdk12.org/prek or call 262-8140.