Portraits of American heroes on display at Makers

Artist and educator Todd Stahl's recent body of biographical work, "American Voices," makes a compelling argument for supporting activists. The 15 assemblages, which are currently exhibited at Makers Gallery and Studio, each portray an American icon who Stahl admires, and he feels that now is a great time to reflect upon their work. 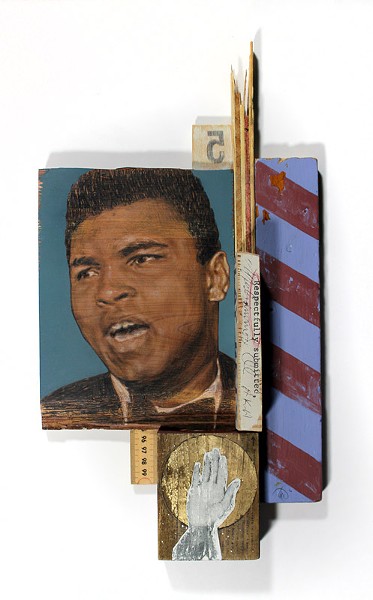 The project, which features familiar political leaders, thinkers, social activists, a variety of artists, and an environmentalist, was a year and a half in the making. And though Stahl was creating the mixed-media pieces during the election cycle, the critical relevance of the work didn't occur to him until the later stages.

"I wasn't really conscious of it until it all came together," he says. "And after the election, I was in the middle of the John Muir painting, and I just couldn't work. I felt like, 'What is the point? Everything all of these people have worked for -- and some of them died for -- what we have said as a country is "that doesn't really matter to us," or at least not as much as maybe we thought it did.'"

While Stahl was staring at his painting one day after school, one of his students asked him what was up. He says he explained his feelings of directionlessness, and she replied, "But this is the time that you have to work, because you've got to tell these people's stories."

Stahl says that affirmation reframed everything for him. What began as a series of homages to people he admires became a tribute to the positive sides of humanity, in the midst of some troubling times.

And being that his classroom at Webster Thomas High School doubles as his workspace, he invites students to give feedback about his work. This is a mark of a great teacher -- not only do young artists get to see the process of a working artist, but requesting their opinion has the potential to draw them out into their own confidence a bit more than just being instructed. 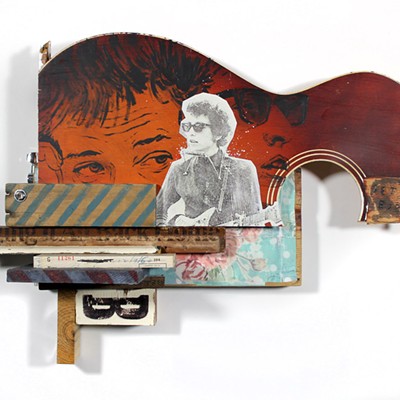 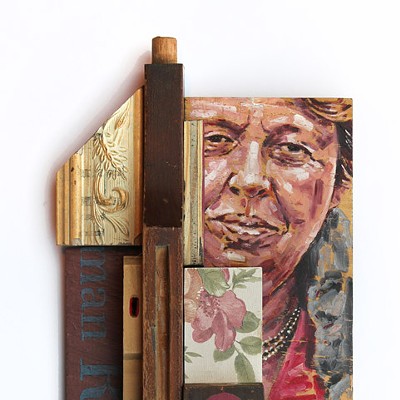 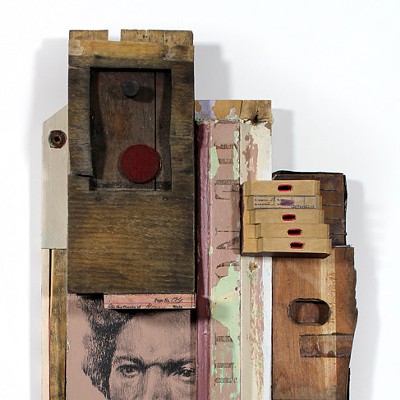 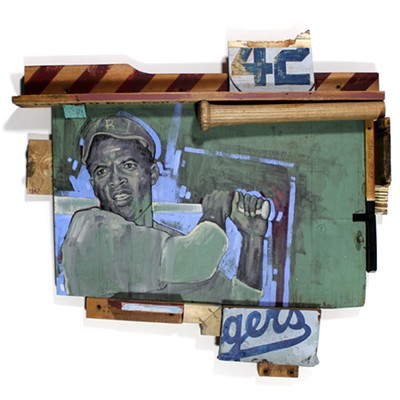 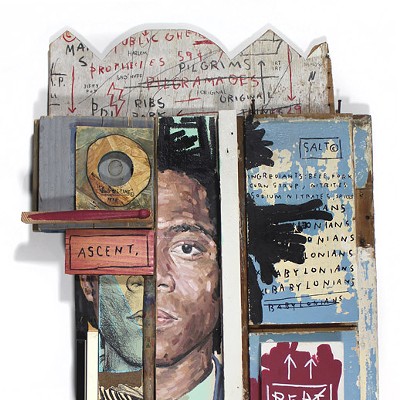 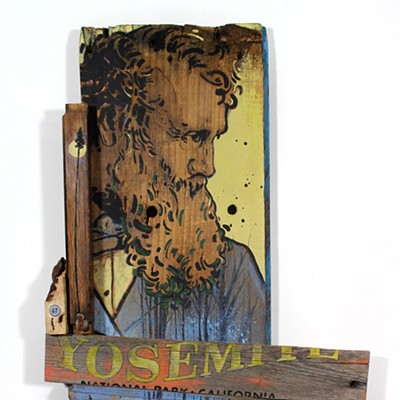 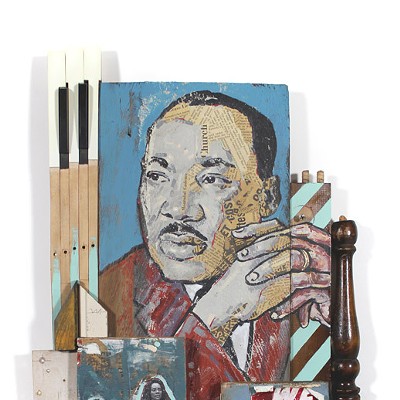 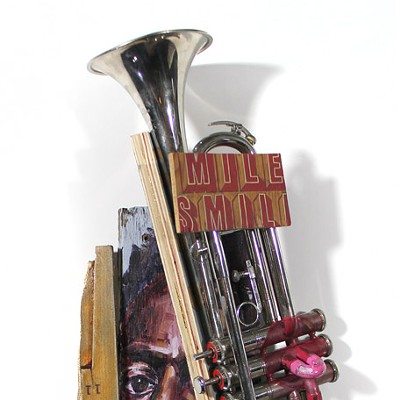 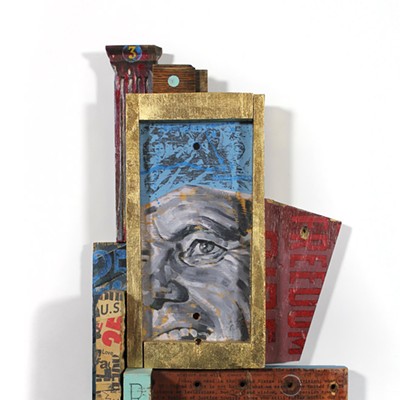 Each portrait is painted on bits of salvaged wood, accompanied by objects, clippings, images, and painted words that allude to the individual's life and work. The Dylan assemblage includes a broken guitar body, and the Miles Davis piece includes a trumpet.

These artfully shaped tributes from treasured trash -- Stahl collects his materials over time from estate sales, scraps from the woodshop at Webster Thomas High School, and curbsides -- are best experienced in person because of their dimensional aspect. While they give a powerful impression when viewed head-on, secrets abound in nooks and crannies, and can only be spied when you look at the sides, tops, and bottoms, as well.

"I try to find things that work together to tell the story, sometimes in a more abstract way, sometimes in a slightly more direct way," Stahl says. "But I like it to be something where you have to think a little bit, where I'm not just feeding you the answers. I want you to want to walk up to it and look all around it. And I want the person who buys the painting to get it home and notice something they didn't see before."

It's important to note that except for Dylan, all of Stahl's subjects are deceased. While their works still resonate, his heroes are mostly dead. He's focused on people whose work has been important leading up to now. But this raises some key questions: Who are the people living and struggling now? And how can we help them in their work?

Stahl sees parallels between the political stances of sports stars Colin Kaepernick and Muhammad Ali, and says that the grumbling surrounding Kaepernick actually had an influence on his decision to paint Ali. "I'm not really a huge sports guy, and especially the violent sports like boxing are not really my scene," he says. "But the whole backlash against Kaepernick -- we were like, 'What is happening right now?' Reading about Ali, this light went on for me. He was saying a lot of the same things, and using his platform to affect change."

None of the featured individuals were universally supported in their messages when they were alive and working. Contemporary Rochester loves our claim on Frederick Douglass as part of our history, but we don't usually mention that he moved away after someone burned his house down. Today, we're dealing with a lot of the same social issues we struggled with in the past. If we're going to resolve any of them, it's imperative that we identify current brave voices and give them our support.

Stahl is planning to continue working along this concept of spotlighting heroes, but he says he expand his subject search outside of America, into the greater world. Keep an eye out for future work by checking out his site at toddstahlart.com.

A closing reception for "American Voices" will be held on Inauguration Day, Friday, January 20, from 6 p.m. to 10 p.m., during which Stahl will create a painting of Barack Obama that will be raffled off at the end of the night.