Her song, "Poor Man's Pain," is one of eight video performances chosen by NPR to highlight this week as the competition's Sunday-night entry deadline nears. Ponder's performance, wrote NPR's Elle Mannion is, "anthemic while compassionate, soulful while bold and strong." 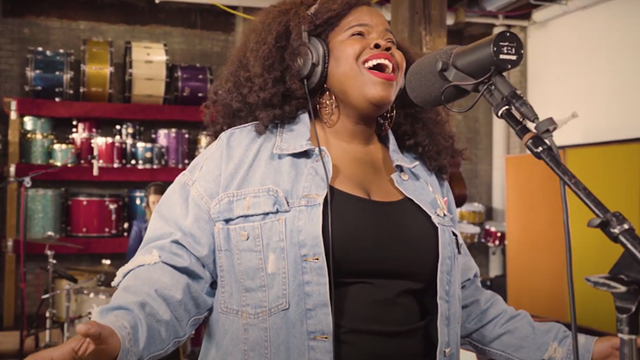 All words that characterize Ponder's style. The coronavirus pandemic forced the cancellation of Ponder's summer dates, including gigs in Europe, where she has toured in past years. She's also delayed the release of her new album, in the hope that there will be some let-up in the quarantines that are squeezing the life out of the entertainment industry.

"I wanted to do a song about the criminal justice system," Ponder says of "Poor Man’s Pain." As a former Monroe County public defender, she has first-hand experience with what she sees as the inequities of the courts.

"I wrote it after I heard the story of Willie Simmons," she says of the song. "He was sentenced to life in prison for stealing $9 in 1982. Life for stealing $9?"


She adds that Simmons, from Alabama, remains incarcerated because he has been categorized as a "persistent offender." Ponder's brother also did 20 years for larceny, under three-strikes-and-you're-out sentencing guidelines. He spent most of the time at Attica, before being released in 2016. Simmons remains behind bars.

Now in its sixth season, the Tiny Desk Contest sprang from NPR's Tiny Desk Concert series, in which musicians such as Lucinda Williams or Lyle Lovett do a show at the desk of Bob Boilen, host of NPR's "All Songs Considered."

The Tiny Desk Contest is open only to musicians without a record-label contract. The winner performs at a Boilen's Tiny Desk in Washington, D.C., and will have the opportunity to tour the country with NPR.

Yet tiny desks are mostly an afterthought in the entries singled out by NPR this week. Nor are the entries simple iPhone videos, but complex constructions of sets, lights, multiple camera angles and excellent sound.

The eight videos highlighted this week include a female-fronted rock band from Providence, Rhode Island; psychedelic whispered soul from a plant-filled room in Los Angeles; smoke-machine funk from Pittsburgh; a delicate acoustic song from woman sitting in her "quaran-tent" in her home in Denver; an acoustic guitar instrumental from a man sitting at an old school desk in New York City; slow-groove soul from a candle-filled room in Pittsburgh; and new-age pop by four musicians in four different rooms in Brooklyn.

The video for "Poor Man's Pain," recorded at Wicked Squid Studios in downtown Rochester, opens with Ponder quietly singing a cappella –asking, really – "Did the crime pay more than time?" And, "Land of lost for the darker man, freedom comes too slow."

As her band, The Tomorrow People, eases in with slow-building rock and soul backing, it's already clear where this song is going. Ponder left her public-defender job last year in order to devote her energy full time to her music career. But that experience, and racial inequality in the justice system, remains at the forefront of "Poor Man's Pain."

"Land of lost for the darker man, freedom comes too slow," she sings, taking the perspective of an imprisoned man. As the band’s intensity increases, Ponder shouts, "Freedom, won't you call out my name?" her voice caterwauling to the rafters.