The upcoming school year will welcome not only a new class of students, but also a new set of voters. While national politics tend to get more attention than other political activities, students can be active participants in a wide range of governmental issues as well.

But why should you? The simple answer: College is your home for four years. Being politically engaged allows you to understand the people who occupy the town beyond campus limits. Being engaged means empathizing with the concerns and issues affecting fellow citizens within the greater Rochester community.

And voting is often the easiest way for people to get involved. Many local universities have organizations – for example, the University of Rochester's Committee for Political Engagement and Rochester Institute of Technology's Center for Leadership and Civic Engagement – that can help you in the voting process. 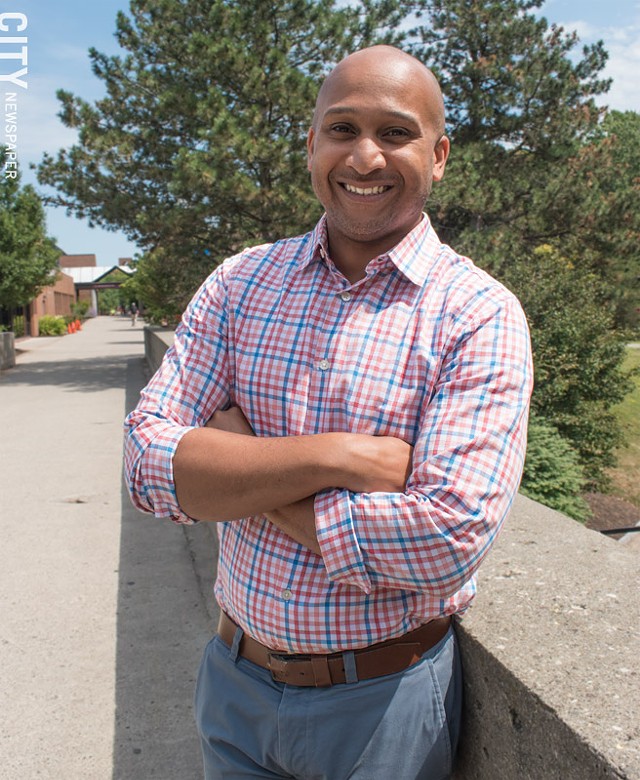 Students not registered locally can opt for absentee ballots. Unfortunately, this process can be tricky.

"It's not state-specific," Foxx says. "It's county-specific within the context of the state. Some states require that you give them a reason for voting absentee that they have to approve. Some are a bit more open."

Even after you are approved for an absentee ballot, there are more deadlines to be aware of. The ballot must be applied for and received in the mail, and then returned to your local government election office. (In New York State, it will be your county's Board of Elections.)

Voting by absentee ballot is counterintuitive to today's students, Foxx says. "In a lot of ways, that process is a barrier to a lot of students," he says. While registration must still be done in person or through the mail, organizations like Democracy Works – a nonprofit developed by Harvard students that RIT partners with – provide instructional tools.

Students who can't vote – because they're not US citizens or haven't registered yet – can still be active community members. That's where community engagement comes in.

Engagement "lets you reflect on the issues you care about and think about them in a different way," says Joey Loffredo, a member of U of R's Committee for Political Engagement. And local governments are making decisions that impact Rochester-area college students, he says.

"City schools, state assembly, county legislators, they really do stuff that provides help to your university," Loffredo says. Governments provide a lot of grants to universities. "If you really want your university to thrive," he says, "it's important to help get people elected who will help."

Political clubs on campus often discuss current issues and sometimes hold debates, providing ways to stay aware. RIT also has a program called Gray Matter, an open dialogue facilitated by members of the faculty and staff, which allows students to come together and engage with topics that can be a bit sensitive.

Most universities have individual policies on political activities that establish appropriate ways for students, faculty, and staff to be active on campus. And to get involved off campus, students can volunteer to help at polling sites or canvass for local politicians. Both RIT and UR have partnered with the Monroe County Board of Elections in the past, and students can participate in phone banks or invite candidates to campus for an open dialogue – common on SUNY Geneseo's campus.

However you decide to get involved, educating yourself and using your voice are vital. "We could figure out how to disagree without being disagreeable," Foxx says, "how to view the world through different lenses, and then perhaps things wouldn't be so tense right now."