Poll: Half of New Yorkers say Cuomo should stay 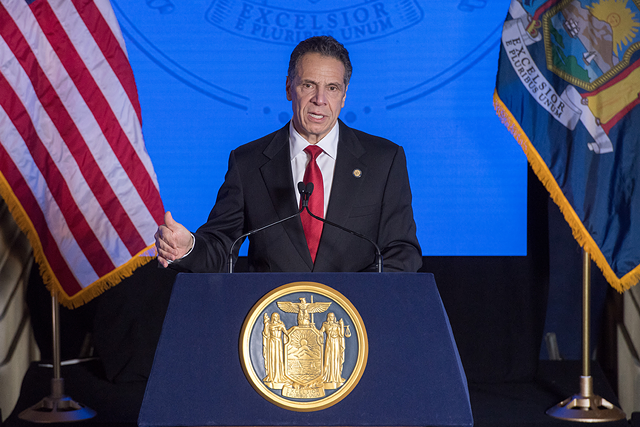 There’s some good news, of a sort, for Gov. Andrew Cuomo in a new Siena College poll out Monday.

Despite most elected Democrats in New York calling for his resignation over sexual harassment and nursing home scandals, half of all voters think Cuomo should stay for now.

The poll finds 50 percent of voters think the governor should stay in office, and 57 percent are satisfied with the way Cuomo has so far addressed the allegations of sexual harassment from multiple women. The governor offered an apology and promised to cooperate with an investigation by the state’s attorney general, as well as an impeachment inquiry by the State Assembly.

Siena’s Steve Greenberg said the survey was conducted as a growing number of New York’s Democratic politicians, including U.S. Sens. Chuck Schumer and Kirsten Gillibrand, called for Cuomo to resign.

“The voters are not necessarily, at the moment, following the lead of the elected officials,” Greenberg said.

The poll finds 60 percent of voters still think Cuomo did a good job managing the COVID-19 pandemic, virtually unchanged from a poll one month ago, before the scandals heated up.

The governor also received some support from the chair of the state Democratic Party. Jay Jacobs, who Cuomo chose for the role, said now that “virtually every Democratic elected official has made their views known, and the governor has made clear that he has no intention of resigning” until the investigations are over, everyone should get back to work and focus on keeping government functioning.