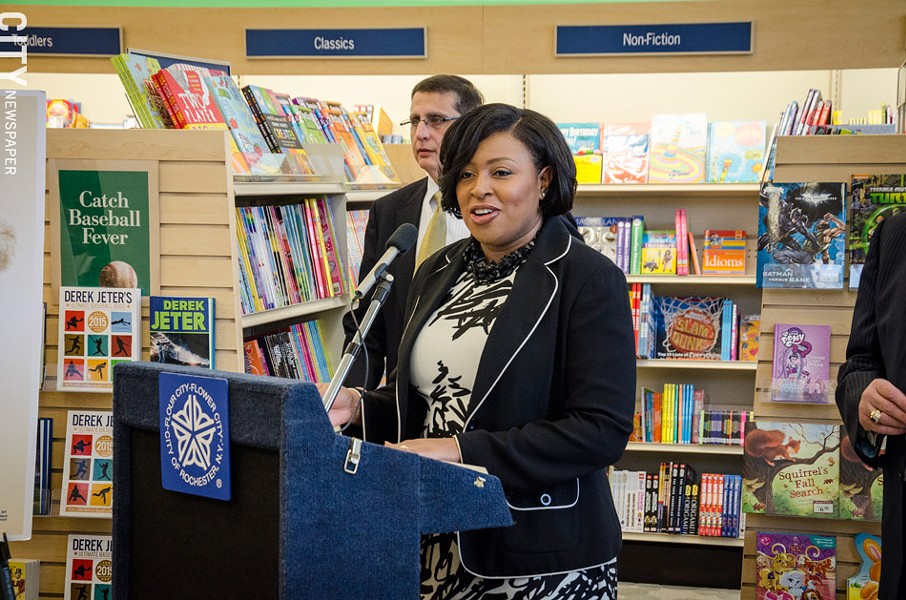 The Rochester Police Department is currently organized into two divisions -- one on each side of the river -- and a smaller downtown section. But Mayor Lovely Warren pledged to break the RPD up into smaller, neighborhood-based patrol sections, with the goal of boosting police presence in city neighborhoods and improving the strained relationship between the police and some segments of the community.

The city administration and the police department seemed to be in sync throughout most of the reorganization planning, and why wouldn't they be? The police union has long advocated for a return to neighborhood divisions, claiming that the 2004 reorganization that consolidated the sections didn't live up to its promises to save money, reduce overtime, and other aims -- although it's difficult to prove what it did or did not accomplish.

But then, in February, the union tried to block the latest reorganization by filing a complaint with the state Public Employee Relations Board.

The union still wants the neighborhood patrol sections, says Mike Mazzeo, president of the union, the Rochester Police Locust Club. But the union opposes the city's plan to hold off on leasing new buildings in favor of "reorganizing in place."

The RPD will continue to operate out of its east and west divisions, as well as its smaller downtown station, when the reorganization kicks in on April 20. But officers will have smaller patrol areas, says Police Chief Mike Ciminelli, and each of the sections will have its own commanding officer, instead of two commanding officers splitting the city between them.

There will be an evaluation of the RPD's building needs as well as a site-selection process for the neighborhood sections during the next fiscal year, Ciminelli says, which begins on July 1.

But Mazzeo says that without new buildings, the city is essentially doing a pretend reorganization on April 20 that will not result in better response times or increased police-community interaction in the neighborhoods.

People are being sold a fairy tale, he says, and when they realize that the reorganization is not achieving its goals, it's the police officers who will be blamed.

"I don't believe that there's going to be the benefits they say in any way, shape, or form until those physical locations are in those neighborhoods," Mazzeo says.

Ciminelli disagrees. He says that people should see some changes right away.

Mazzeo says that the union went to PERB because the city's team was not listening when the union said that some elements of the reorganization plan violated the union's contract. Ciminelli says that there were no contract violations.

The sides reached a deal last month on the contract issues, and the union withdrew its PERB complaint. But the union still opposes the reorganization-in-place concept, Mazzeo says.

"We made it very, very clear in that agreement that we're not changing our stance once bit," he says. "We're continuing to advocate going forward to get these physical sections. And the city's not happy with that. But that's the reality."

Officers will still have to travel from one of the three sections to the neighborhoods, he says. And the problems associated with having two large, unwieldy sections will continue, he says, including communication and supervision issues.

It's clear that Mazzeo suspects that the physical buildings may never enter the picture at all, and that it will be because of money. Money is important, he says, but public safety is worth the investment. Mazzeo also says that the city needs more police officers.

"They're going to click this switch on April 20 and who's going to see the difference?" Mazzeo says. "Who's going to know it? And that's sad because this interaction has to come from the community and the police. Everybody's got to buy into it."

People will see a difference after the reorganization kicks in next month, Chief Ciminelli says.

In addition to the changes in command structure, he says, officers will be responsible for much smaller beats -- an average of 40 percent smaller. Reduced patrol areas mean heightened attention, focus, and accountability, he says.

It will also hopefully lead to better communication and better relationships with the community, Ciminelli says.

Phasing in the reorganization is smart and fiscally prudent, he says. The city still has leases on its current police buildings, he says, and it invested money not long ago in remodeling the west-side station. The cost is being amortized over the course of the lease, he says.

Even though new buildings are a part of the long-term plan, Ciminelli says, whether to fund them will be up to City Council.

Where officers are based is important, he says. But another essential ingredient, he says, is changing the culture inside the police department.

The RPD has become an organization too focused on statistics, Ciminelli says, and attention needs to turn to reconnecting officers to the community. This process has already begun, he says. Every officer and supervisor has been trained on the reorganization, Ciminelli says: what's happening, why, and what the city is trying to accomplish.

"And that's only a first step," he says.

Officers will be encouraged to get out of their cars and walk their beats when time permits, Ciminelli says. They will go into businesses, schools, recreation centers, and playgrounds to interact with people, he says. And they will attend more community and neighborhood meetings, he says.

"People aren't going to see this on April 20," Ciminelli says. "But over time, this is what we're aiming for. People can have different views of this. I do think, though, that people will see some changes sooner rather than later."