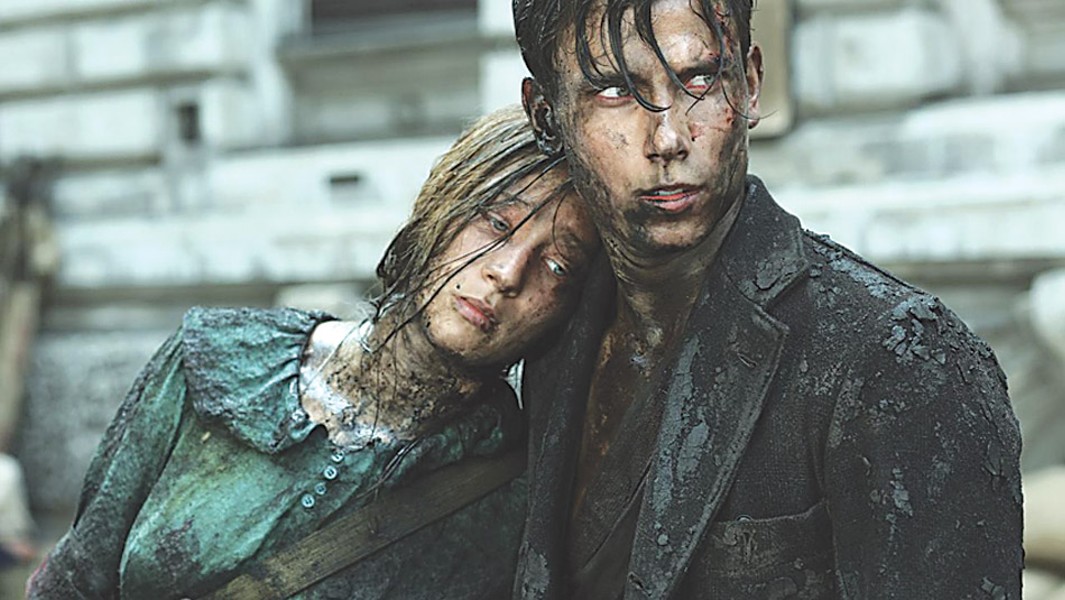 This week marks the start of the 18th Rochester Polish Film Festival, sponsored by the Skalny Center for Polish and Central European Studies at the University of Rochester. The festival holds its Grand Opening on Wednesday, November 4, at 7:00 p.m., with a screening of the groundbreaking 1971 film "Illumination" at the Dryden Theatre (900 East Avenue), before continuing with a selection of contemporary films celebrating Poland's rich history and culture.

This year's program is made up of eight feature-length films, and each of the screenings following opening night will be held at The Little Theatre (240 East Avenue). Select shows will have visiting guest artists and filmmakers in attendance to answer questions after the film. Tickets are $9 general admission ($7 for students and seniors) and are available at The Little's box office. For more information visit the festival's website at rochester.edu/SKALNY or call the Skalny Center at 275-9898.

Here's a peek at a few of this year's selections, all of which are presented in Polish with English subtitles.

Filmmaker Jan Komasa ("Suicide Room") melds the framework of an old-fashioned war drama with modern blockbuster sensibilities to somewhat mixed effect in "Warsaw 44." The war epic follows a group of teens who volunteer to join the Warsaw Uprising, a 63-day World War II operation by the Polish Resistance Home Army meant to liberate Warsaw from Nazi Germany. The young cast, led by Józef Pawlowski, acquit themselves quite well, though Komasa's more bombastic stylistic flourishes — slow motion runs through a hail of bullets, a love scene inexplicably set to dubstep — often seem at odds with the material. Still, as the film's eventual love triangle clashes against the brutal violence, it's hard not to get caught up in the fate of the film's characters. (Thursday, November 5, 7 p.m.)

In "These Daughters of Mine," two sisters (the wonderful Agata Kulesza — star of the Oscar-nominated "Ida," which screened last year — and Gabriela Muskaa) clash when they return home to take care of their stubborn father after their mother suffers a massive stroke and slips into a coma. It's easy to imagine the Americanized version of this story, full of tearful confessions and hospital bedside heart-to-hearts, but director Kinga Dbska avoids any of those pitfalls to deliver an admirably unsentimental, still boldly emotional story about the ways we handle the unexpected obstacles life throws our way. Dbska and producer Zbigniew Domagalski are scheduled to be in attendance. (Friday, November 6, 7 p.m.)

The engaging drama, "Gods" tells the story of cardiac surgeon Zbigniew Religa (the immensely charismatic Tomasz Kot), whose professional obsession led to the completion of Poland's first successful heart transplant in the mid-1980's. At a time when most of the country believed such a procedure to be a complete impossibility — if not an act against nature — Religa recruited a team of skilled medical professionals to assist him in his single-minded pursuit and ended up making history. It's a fascinating story brought to life by Lukasz Palkowski's slick direction and Kot's fantastic lead performance. (Saturday, November 7, 7 p.m.)

A prosecutor (Janusz Gajos) still coping with the death of his wife years earlier struggles to mend his relationship with his grownup, anorexic daughter (Justyna Suwala) in the mordantly funny "Body." They find some unexpected assistance in the form of a therapist (Maja Ostaszewska) who, after suffering a loss of her own, believes she can communicate with the dead. Keeping the quirk levels in check, the film explores the variety of ways there are to deal with grief. Malgorzata Szumowska took home the Silver Bear Award at the Berlin International Film Festival for her sure-handed direction. (Sunday, November 8, 6:30 p.m.)

The heartbreaking and inspirational documentary "Call Me Marianna" follows the life of transgender woman Marianna, who has grown estranged from her ex-wife, children, and her own parents as a result of her battle to live as her authentic self. Just when she achieves what she's longed for — finally undergoing gender reassignment surgery — another setback threatens to derail things. Director Karolina Bielawska will be on hand for a Q&A following the film. (Sunday, November 8, 8:30 p.m.)

Based on the best-seller from Polish author Zygmunt Miloszewski, the atmospheric "A Grain of Truth" is billed as "the first true thriller in Polish cinema." The story follows an investigation into a series of murders involving victims who appear to have been killed in the style of Jewish blood rituals — those infamous urban legends that spurred anti-Semitism throughout the ages. The commotion surrounding the case taps into the unspoken prejudices of the town and society at large. (Monday, November 9, 7 p.m.)