Playing outside the box 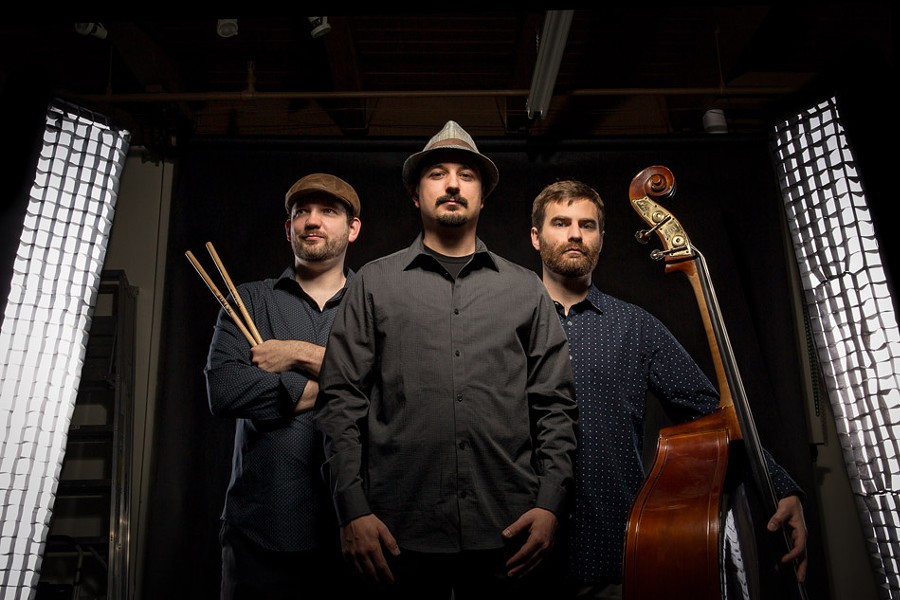 A little over a decade ago, Charlie Lindner was making a good living at Hasbro, the toy company in Pawtucket, Rhode Island. He was applying the knowledge from his college degree in Packaging Science, making the containers for G.I. Joes and Nerf Balls more cost-efficient.

Lindner studied the subject at Rochester Institute of Technology, working in a dynamics lab, crushing and breaking things and then studying how the packaging reacted. But soon after earning his degree and landing a job in the field, he went back to his real love: keyboards.

He'll showcase the latest incarnation of his keyboard career in a concert at Hochstein School of Music and Dance, where he'll lead a jazz trio with elements of classical training and a touch of digital enhancement. Over the last two decades, Lindner has been on a long and winding journey through a labyrinth of musical genres.

Listening to Lindner now, playing his infectious jazz-blues composition, "Escape From A Mexican Prison," you might not imagine that he was once a force on the electronic music scene, surrounded by synthesizers and keyboards — Nord, Moog, Korg, etc. — and thousands of dancing and trancing fans.

"I'd play four at once," Lindner says. "I spent thousands of hours learning to maximize what I had. I had 10 pedals so I was able to sustain. I would play left-hand bass on the Moog, then I would do the melodies."

His duo, The Manhattan Project, packed a punch and drew in large crowds — upwards of 3,000 fans at a festival at Mariaville Lake (near Albany). The genre is commonly referred to as electronic dance music, but Lindner believed his variant was a cut above: He called it intellectual dance music.

"If you listened, you'd think it was a DJ, but we did it live," Lindner says. "Electronic music has several sub-genres: techno, trance, house, dubstep, drum & bass. We did everything. We were able to stream songs together for two hours non-stop. We were the Phish of the electronic scene. Fans would really get down and dance hard on some songs; on others they'd just kind of look bug-eyed at us and zone out."

Despite his success he was tiring of the electronic dance scene and the less-than-satisfying sound. "If you play on a half-million dollar system, it sounds great," Lindner says. "But most of the time the fidelity is horrible. And not everybody wants to go to a show and get their ears blasted out and be around a lot of people on ecstasy."

Lindner's keyboard journey began in the late-1980's when, at 8 years old, he started playing his grandmother's Lowrey organ. His grandfather had played the organ as an amateur, and the family's keyboard roots went even further back. Lindner's great-grandmother taught piano and his great-uncle played the instrument on Mississippi riverboats in the 1930's through the 50's.

At first Lindner's father taught him songs on electronic keyboard. In 1989 the family bought a piano. "I resisted lessons," Lindner says. "I wanted to play by ear."

By the age of 11, he was playing Scott Joplin's "Maple Leaf Rag" at his school talent show. And throughout his teenage years, Lindner expanded on Joplin's pieces and improvised on Doors and Phish tunes.

"I was mimicking other people," Lindner says. "I tried to sound like Page McConnell from Phish when I was 15. I decided that's a terrible idea; I need to develop my own style, so I studied jazz with Richard DeLaney at Hochstein." He was soon into a variety of greats: Bill Evans, Oliver Nelson, Herbie Hancock, and Jimi Hendrix.

Despite his keyboard prowess, when it came time for college, his piano teacher told him he was not good enough for music school. "He said, 'You can't read.' I think he was right, but that was kind of a big blow to me at the time. But I'm really glad I didn't go to music school."

His father worked at RIT, so he decided to study packaging science there. But he was ultimately not interested in working for a corporation, so he gravitated back to music.

After leaving Hasbro, Lindner went on the road with the Chris Beard Blues Band in 2004, spending a year and a half touring in the South and the Midwest. By 2007, Lindner was back at his piano studies with Mike Van Allen at Roberts Wesleyan College and started a funk band, Macro Meltdown. He and the band's drummer formed the Manhattan Project a couple of years later.

The duo toured the live electronic scene over the next five years, but he found himself wanting more keyboard training. So two years ago he started classical studies with Emma Yun-Chieh Hsieh, an Eastman School of Music graduate. Deadmau5 tunes were replaced by Chopin sonatas; futuristic electronic music gave way to the hit parade of the 1840's.

"My teacher said 'You're doing something so cool, why do you want to learn classical?'"

With a renewed sense of technique and composition, Lindner got back into jazz, but he hasn't left the electronics behind completely.

"I had this crazy idea," Lindner says, "I'm going to process the piano through Ableton, a DJ software. Using very high-end microphones, the music goes into the computer through the Ableton software and comes out through a high-fidelity Bose system. You can add effects to the acoustic piano sound. All of a sudden the piano sounds even bigger than it is."

But he'll reserve the pyrotechnics for just a few tunes toward the end of the Hochstein show. Most of the performance will feature his acoustic trio with Matt Ramerman on drums and Kyle Volk on bass.