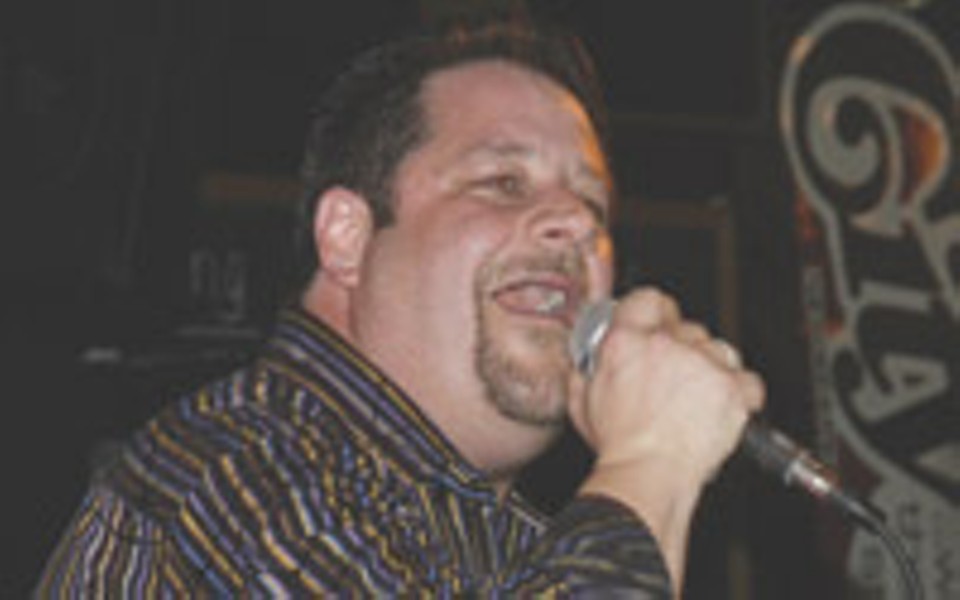 Young and sloppy is what I seem to gravitate to these days. Whether it's watching my niece eat spaghetti or a loud punk band try to hold it together, I likes me a mess. Exhibit A: the Canandaigua kids in Public Aggravation. They, along with The River City Rebels and Brain Failure, played with Dropkick Murphy spin-offs The Street Dogs Thursday night at The Club @ Water Street.

But opposed to the first time I caught the band, a couple of years back, Public Aggravation wasn't the maniacal teenage assault I remembered. They seemed a little disconnected and unfocused. Playing covers seems unnecessary, as these young men clearly seem have the right idea on their own. Maybe they're growing up. Time will tell but I still think they're gonna be a great band.

Beijing, China's Brain Failure followed with a fist-pumping battle cry. Textbook punk, the band wound the crowd to where they were bouncing around like pinballs gone wrong. BF's phonetically recited rock 'n' roll rhetoric was cool. Even though they were probably rehearsed lines, the band came off genuine. A lot of American kids feel being in a rock band is their birthright, even though bands from around the globe routinely put to shame a lot of what we now revere. We had the ball and dropped it. Bands like Brain Failure study the idiom hard and cradle it lovingly before bashing us over the head with it.

Walked into Milestones Friday night to see The Bob Greco Band celebrate the release of their new CD On The Run. Got to shuck 'n' jive with the band for a bit while the opening band crucified Green Day. Greco's band is a rock band that plays pop for grown ups. They jam but don't stretch too far. They won't give you cavities.

The music bounced with the grinning Greco's affability and sturdy voice. This is a band of well-seasoned players who, though serious about the notes, crack wise every now and again --- like when keyboardist Ian Mutch (ex-King Binjj) got all Barry White on our ass.