Peter Albin was there at the Summer of Love 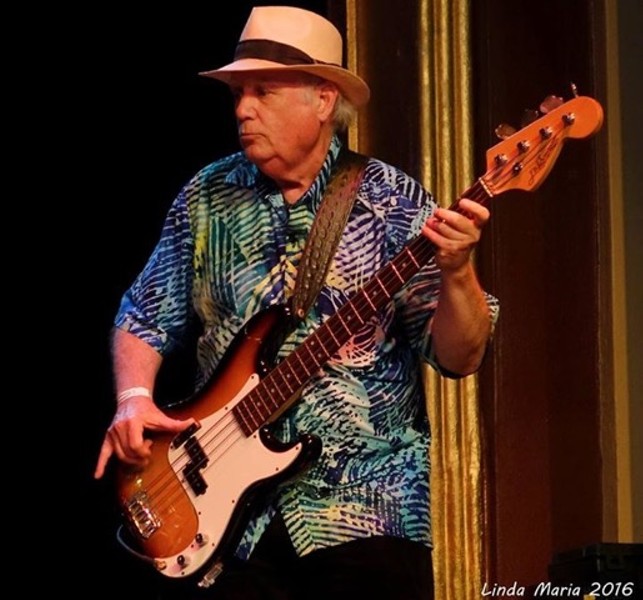 PHOTO BY LINDA MARIA Musician Peter Albin is a founding member of Big Brother and the Holding Company, one of the central rock 'n' roll bands to come out of the 1960's San Francisco scene.

Fifty years ago, it was clear that something unusual was happening in San Francisco. Young people with long hair were arriving from all over the country to be part of the "Summer of Love." Peter Albin was not only there, he was a founding member of one of the greatest rock 'n' roll groups to emerge from that scene: Big Brother and the Holding Company. To this day, the group's album, "Cheap Thrills," stands as one of the quintessential records of the era. Its singer, Janis Joplin, remains a legend.

Albin is coming through Rochester to sign autographs and talk about the "Summer of Love" all day on Saturday, July 15, at Bop Shop Records, 1460 Monroe Avenue. 11 a.m. to 9 p.m. bopshop.com.

CITY recently reached Albin at his home in San Francisco to discuss the "Summer of Love" and the great music scene of half a century ago. The following is an edited version of that conversation.

CITY: Can you believe it's been 50 years since the "Summer of Love"?

Peter Albin: The real summer of love was in 1966. A lot of people who were considered hippies were thinking of new ideas and enjoying their freedom to participate in or initiate things in the arts. There was also a lot of political free-thinking.

Was there a lot of free love during the summer?

There was a laissez-faire attitude about relationships. There was that aspect of making love with people you'd see around the scene. As a musician, we were in a position of being close friends with our fans.

What impact did drugs have on that scene?

I don't think personally they were that important. It was mostly pot. There was not much of an LSD scene at that time. Later, it became more evident. My brother, Rodney, was involved in LSD rescue, people who had bad trips. That year the Haight-Ashbury free medical clinic was developed to take care of people who didn't know how to handle very strong drugs.

In films of be-ins there's a lot of pretty wild dancing and nudity.

There were a lot of people who came to dance and they couldn't care less if they had a partner. When there was nudity, there was usually some sort of outsize chemical involved. At the Trips Festival in 1966 a girl got up on stage and started taking off her clothes. I was fearful that it was going to bring the party to a stop, so I told her to put her clothes back on, but there were private security guards, so no one got busted.

Whatever was in the air in San Francisco seemed to also spawn one of the greatest concentrations of major bands in the 20th century.

The bands that were happening in San Francisco -- it was almost like a commune. We were seeing each other all the time. There were jam sessions at my uncle's house, a block off of Haight Street. People like Jerry Garcia would be there.

Marty Balin was in a group called the Town Criers, in the folk music days. He was auditioning people for a new group. We found out later it was Jefferson Airplane. We would go down there and see them rehearse.

Do you remember the first time you encountered Janis Joplin?

In 1963, she came out for the folk music scene and I saw her at a radio show called the Midnight Special -- it started at midnight -- on KPFA, a radio station at Berkley. It was a lot of people sitting around in a circle with a microphone hanging in the middle. My brother and I did a couple of songs and Janis was to my left. I heard her sing and she was quite unique.

Big Brother had been together for a while before she joined; how did you hook up with her?

We all said, "Let's get a female vocalist," so we started auditioning. We knew Janis would be perfect for the group. She came in from Austin for an audition, but it really turned out to be a rehearsal because it was obvious that she was the person who could fill the void.

We knew she'd be the type of vocalist who would work well with our music, which was pretty loud and crazy and had a lot of improvisation happening. After she performed a couple of songs, we said, "We've got this gig next week, I guess you're in, right?" And she said yeah.

We weren't trying to start any kind of wave. We were just being artists and performers. Aside from the Jefferson Airplane, the counter-cultural bands were local and underground. It wasn't till the Monterey Pop Festival that the word got out about the bands in San Francisco and we started to tour nationally.

How did the straight world react to the hippies?

I remember going with the Grateful Dead up to Vancouver to a Trips Festival, and we played the festival and then went into a coffee shop on a main street. A waitress comes up to us and says, "I'm sorry we don't serve your kind here." I said, "What kind are you talking about?" She said, "The long-haired kind."

We would run into that once in a while. Even in L.A. we got stopped by the cops for brake lights, and one cop says to the other, "Is that a guy or a girl?"And I thought, "We're in trouble now."

Did the whole thing end in 1969 at Altamont when a member of Hells Angels -- hired for security -- killed a man during a Rolling Stones concert?

As far as audiences that went to large shows, that was a disastrous development. Some people say the love went out of the audience. Not really. There were people who didn't know how to keep the crowd safe.

By hiring the Hells Angels for security?

I kind of knew it was coming. She was burning the candle at both ends. But It was weird -- Jim Morrison, too. All of them were 27. That's too young.