Other events at various locations

Individual performances and workshops range from free to $25; festival pass $75 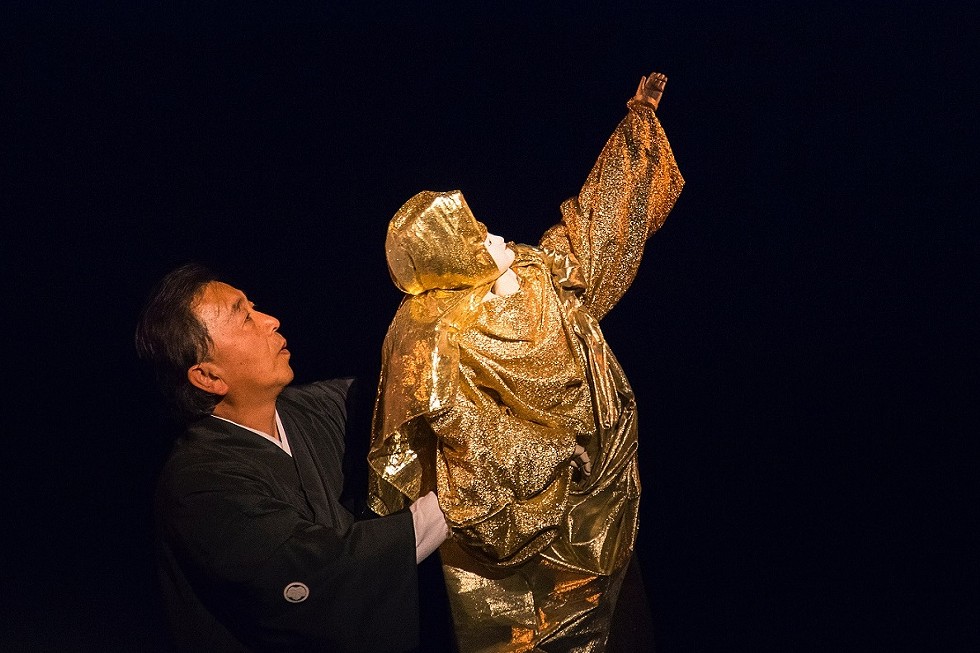 Puppetry is bizarre. In no other art form are the artifice of the scene and the construction of the characters more blatant: paint glistens on a wooden face; puppeteers, clad in black, are plainly visible; a marionette hangs by its strings. This is not real life.

But there's a magical paradox at work. At times, puppets can express human frailty and vitality better than we can ourselves. The inaugural New York State Puppet Festival — taking place from June 14 through 24 in the unassuming, small town of Perry — will celebrate the spectacle, craft, and international scope of contemporary puppetry. For the first time in their own backyard, upstate audiences will get to experience several state-of-the-art puppet theater works by some of the most celebrated artists in the field.

The new festival is the brainchild of Josh Rice, a Perry native and puppeteer who first discovered the art form as a graduate school theater artist at Sarah Lawrence College. In part, Rice's adoration for puppetry comes from a puppet's ability to accomplish things a human actor cannot. "They can fly, they can float, they can disassemble, they can reassemble, they can die. They do violence really well," he says. "And I think puppets can really be kind of this conduit to another place of feeling or even subject matter that we can't necessarily access as humans."

Rice is no stranger to bringing engaging theater to his hometown community. In 2012, he founded Shake on the Lake, a professional Shakespeare company serving the surrounding Silver Lake area. Rice began to incorporate puppetry in company productions of "A Midsummer Night's Dream" and "The Tempest." Last year, the Wyoming County Rural Arts Initiative rewarded Rice with a grant he used to convert a local storefront into a theater space, and the seeds for the puppet festival project started to flower.

Rice hopes that Perry and Silver Lake will continue to grow as vibrant destinations for culture.

Puppeteer Tom Lee says of Rice: "I've been around the world with that guy, and his connection to Silver Lake is so deep." Lee is a frequent collaborator, who will present the multimedia ode to memory called "Place (No) Place" with dancer Lisa Gonzales at the festival.

Rice has invited a supremely talented roster of artists to participate in the festival, including headliner Koryu Nishikawa V, a fifth-generation master puppeteer and the foremost practitioner of Japanese cart puppetry (in which each puppet is operated by a single person sitting on a rolling cart used for greater mobility across the stage). Another notable artist in the festival lineup is puppeteer Dan Hurlin, Rice's former professor and the current director of the graduate program in theater at Sarah Lawrence. Hurlin's documentary, "Puppet," will be screened during the festival.

"I always kind of knew that if there was somebody that could help me introduce what puppetry was to a community, it's Dan," Rice says. "So to have his work on display at the Arts Council and then show his documentary felt like a great way to open the festival. And he's a hero of mine, so the fact that he said 'Yes' to me just blows my mind."

The festival's exhibition of Hurlin's puppets constitutes a retrospective of sorts, which will detail the puppet-making process and include some of his work from his "Disfarmer," "Demolishing Everything with Amazing Speed," and "The Day the Ketchup Turned Blue."

Hurlin describes the paradox of puppetry's impact on the audience this way: "Not only do we believe that the puppet is alive in some part of our brain, but we also see how that illusion is being created, right in front of our very eyes," he says. "And those two seemingly contradictory strains of thought don't cancel each other out."

The human imagination is so innate that even the physical realities of the world can't confine or restrict it, and therein lies puppetry's magical allure. "I think that contemporary puppetry really values transformation," Gonzales says. "You think you're looking at one thing, but then it's turned or it's twisted, and you realize you're looking at something else. And again I think then that carries meaning." 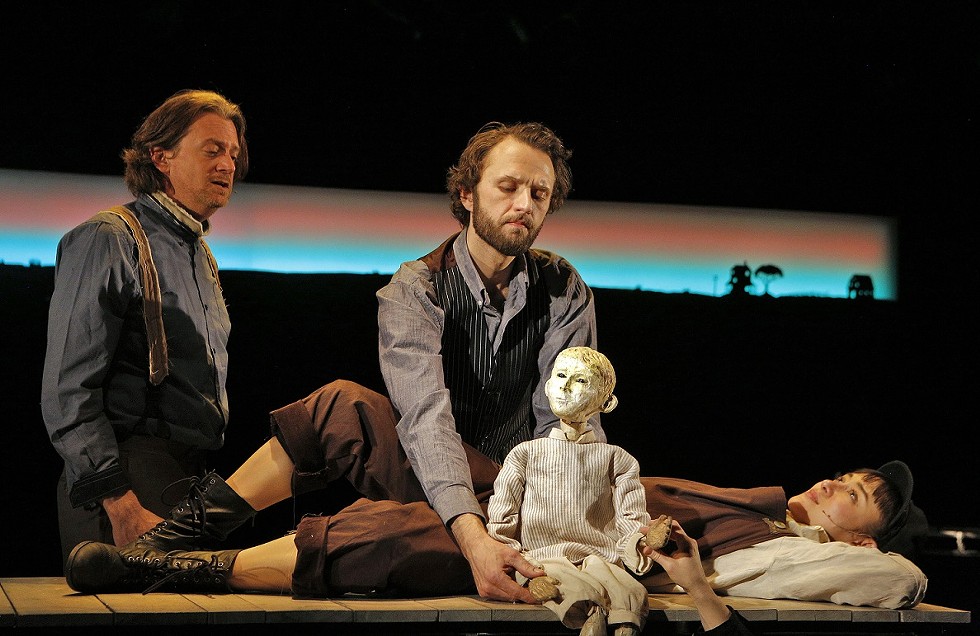 Puppetry can also create emotional catharsis in its inanimate characters, with the power of suggestion. "One of my favorite things always is when people say, 'Oh my gosh, I really love that moment when the puppet cried,'" Rice says. "And you're like, 'That puppet can't actually cry. It doesn't have tear ducts made of wood.' But if you can make someone believe, for just a second, that that puppet was alive, breathing and actually shed tears, then I think you're actually doing something really spectacular."

Rice will present his own theater piece titled "The Marooned," about a man stranded on a rooftop amidst and endless ocean. The work incorporates "Bunraku" — a Japanese style of puppetry in which a single character is operated by three puppeteers. "The Marooned," along with other theatrical performances at the festival, showcase diversity in both the stories and cultural traditions. Puppeteer Sam Jay Gold will bring "Untold Stories of the War with the Newts," a science fiction tale depicted with both Balinese shadow puppetry and Czech-style marionettes. While the performances are predominantly adult-friendly, Concrete Temple Theatre will be performing its family presentation "Gepetto: Extraordinary Extremities."

No matter the particular performance, the festival is poised for poignancy. Rice and his assembled artists have prepared a wildly creative celebration of what puppetry can be.