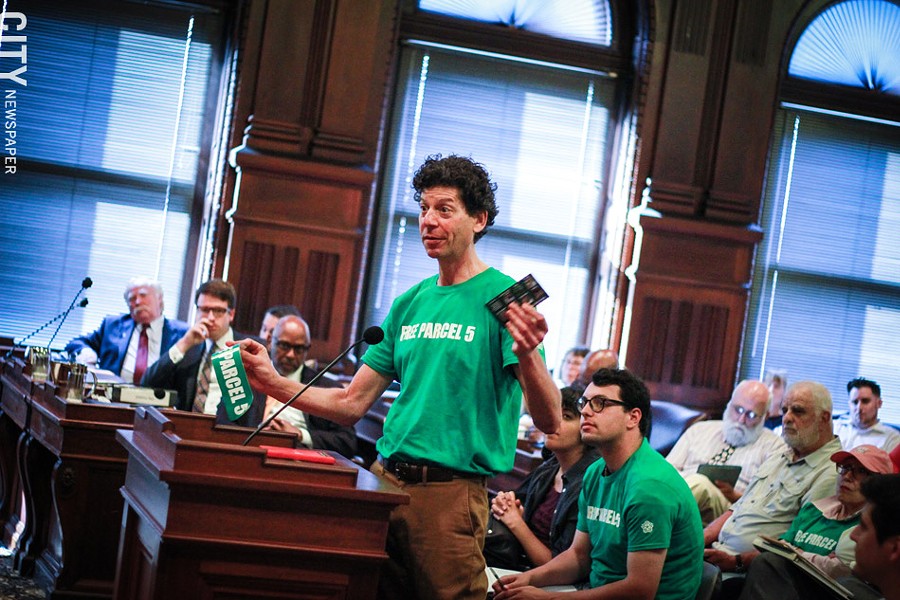 City Council's chambers needs better fans. With the room jam-packed with people Thursday night, things in the back got warm really quick -- God bless the people who clung to their suits, sweaters, and jackets throughout the public forum.

At a City Council public forum, almost 70 people, across more than two hours, spoke about their opposition to, concerns about, or support of the current proposal to develop Parcel 5 at Midtown. Sometime within the next few months, Mayor Lovely Warren will ask Council consider selling the parcel to the Rochester Broadway Theatre League and Morgan Communities to develop a 2,850-seat theater and a 150-apartment building.

Thursday's speakers were overwhelmingly opposed to the development. Supporters of turning the parcel into a green space -- a lot of them decked out in green, "Free Parcel 5" shirts -- leaders in the arts community, business owners, mayoral and City Council candidates, and just regular city residents spoke about their concerns: with how the mayor chose the RBTL-Morgan proposal, the push for an immediate decision, or how a new RBTL theater would impact Rochester's arts scene.

Interestingly, most of the people who supported the proposal were either employed by RBTL or closely connected to it. Exceptions to that included Hyatt Regency Hotel's general manager and a local restaurateur, and a representative from Buffalo's Shea's Performing Arts Center.

Representatives of Rochester arts organizations -- including Downstairs Cabaret Theatre, the Rochester Philharmonic Orchestra, and Garth Fagan Dance -- called for better city support of the arts and the need for an impact study on how the development would affect the arts and cultural community.

But the most note-worthy part about this: between those organizations and names with some vested interest were average Rochesterians who just want a community space.

Mayor Warren likely won't forward legislation to City Council legislation for a vote until late fall, if then. And selling Parcel 5 will require support by seven of the nine Council members, many of whom are already opposed to it. Between now and then, RBTL and Morgan will be completing their formal proposals, the state will be considering helping finance the theater, and RBTL will be raising private donations. Candidates in the fall elections will be raising the issue. And activists will be speaking out. 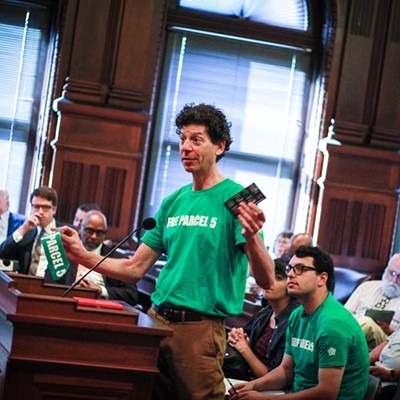 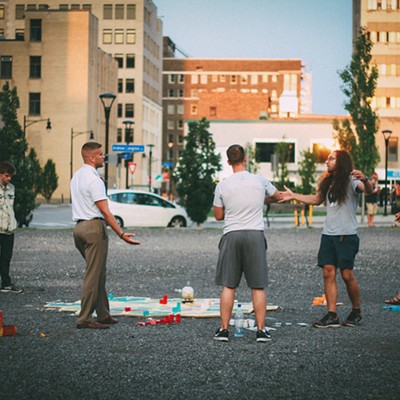 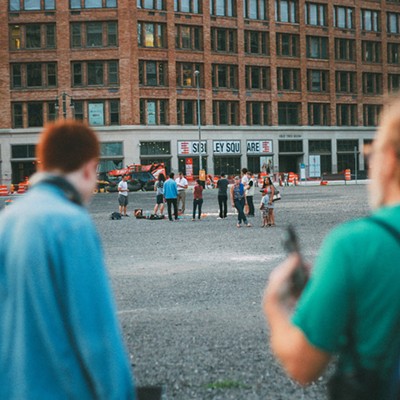 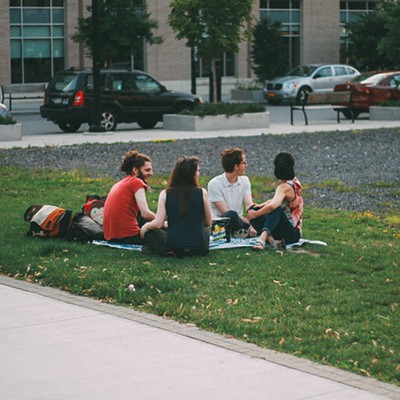 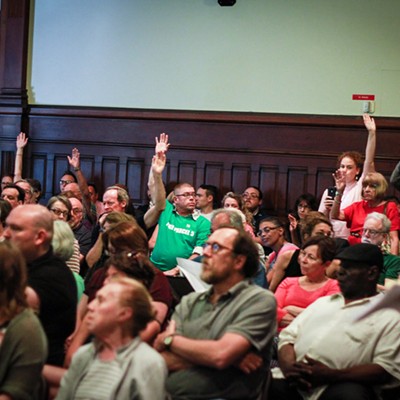