FILE PHOTO ATV wheels
Anyone caught riding dirt bike, ATV, or other so-called off-road vehicle that is not registered for street use in the city would face stiff fines under legislation sponsored by City Councilmember Jose Peo and Council President Loretta Scott.

The vehicles are already banned on city streets, but current city law does not outline any penalties for drivers caught using them. Although the vehicles have become far more visible around the city in the last year, their drivers have been met with little to no enforcement.

The legislation — introduced by Peo — would enhance the law by mandating that riders face fines up to $1,000 and their vehicles be impounded by the Rochester Police Department. The vehicles would be held on a fine of $2,000, plus $20 for every day in impound.

City Council is expected to vote on the measure on Tuesday.

The use of dirt bikes in Rochester has picked up during the pandemic, and has led to a few high-profile incidents. In March, a 9-year-old boy died when a dirt bike being driven by his father crashed on Kilmar Street. A day later, a 21-year-old man died after crashing his dirt bike into a car on Hudson Avenue.

It’s a situation that has left local lawmakers scrambling for a solution. Peo believes a crackdown will lead to fewer dirt bikes on the street. Not all of his colleagues agree.

Councilmember Mary Lupien believes that tactic will only exacerbate the problem. Lupien supports creating a designated place for people to ride dirt bikes and ATVs, and plans on voting against the legislation.

“I think we need to see the situation for what it is, and that’s mostly young people looking to reclaim a little bit of freedom,” Lupien said.

Lupien said for many riders, dirt biking can be an avenue away from crime. It’s a sentiment echoed by local rider Lorenzo Jones, who had dabbled in dirt bikes for years but got serious about riding after the death of his mother in 2019.

“I was in a dark place, a funky place, and I came across a YouTube video of a guy fixing up a bike, and that kind of really resparked my interest,” Jones said. “. . . It kind of took away a lot of those dark and depressed feelings I had after my mother died.”

Jones said dirt bike riding has become more popular among teenagers and young adults, giving them not only a creative outlet, but also a chance to learn a trade in repairing and modifying bikes.

“The reality is there’s no gang affiliation, there’s no criminal element, there’s no evil element, they are just people from the ages 14 and up that have a hobby,” Jones said. “People may love playing softball, some people may enjoy bowling, some guys like to go down to the drag strip, some people like to skydive. It’s a hobby we all found, and we love it.”

Jones is of the belief that simply making harsher laws won’t stop kids from riding, and could potentially worsen the issue. He believes a compromise should be made between city leaders and riders to find common ground.

“If we had a place to ride, that would be great, we could take younger kids there and teach them how to ride, people could ride with their families, people could have something to look forward to,” Jones said.

Both Jones and Lupien said they would attend a rally downtown on Monday evening to oppose Peo’s legislation.

Peo, a resident of the Charlotte neighborhood, where dirt bike groups have 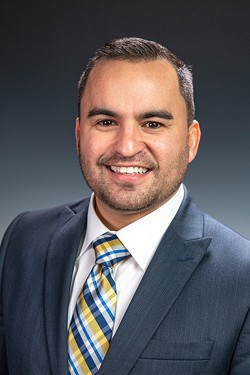 become common, said that the only solution is harsher rules and confiscation of vehicles.

He is supportive of riders pooling their own money together to buy a private place to ride bikes, but he also doesn’t believe having that option will stop people from riding illegally.

“Who I’m speaking to are not those doing the illegal activities and I want to hear how we can help them, I’m not listening to them,” Peo said. “That’s like going to a child molester’s house and saying, ‘How can I help you with your deviancy?’ That’s not the world I want to live in.”

City Council is not the only legislative body concerned with dirt bikes and ATVs.

In April, Monroe County Legislator Joe Morelle Jr. introduced a bill which would allow illegally-operated off-road vehicles to be impounded. The first-time fine to retrieve the vehicle would be $500, followed by $2,000 for each additional impounding. That bill was rejected, and a public forum was held last week.

A new bill similar in scope was subsequently introduced by legislators Vince Felder and Ernest Flagler-Mitchell, and that measure is expected to also go to a vote on Tuesday.

Legislator Rachel Barnhart, who plans on introducing amendments to the bill, expressed concern that expanding fines will not be an adequate solution.

"These confiscation and fine policies will likely be low-yield and not make a huge dent in the problem," Barnhart said. "The bikers themselves tell us they’ll keep riding. Enforcement has a role, but what else can we do?"