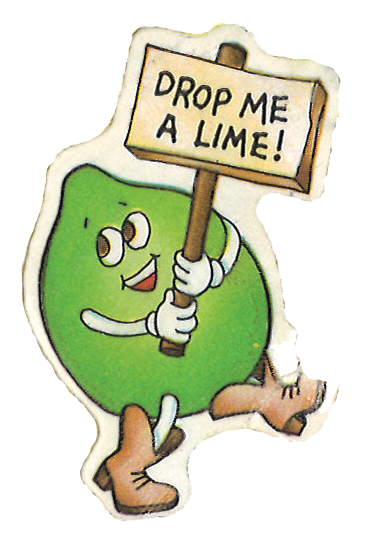 The evenings are longer, the weather is better. It's not the weekend yet, so you're probably not in going-out mode. But you may not want to just head directly home from work and stay put. If you're feeling like having an unwinding beverage somewhere chill, you've got options. There are plenty of bar patios and outdoor spaces that are perfect for relaxing and enjoying a drink, whether you want a quiet oasis downtown or wish to hear the ripple of the Genesee or the rumble of High Falls. Here are just a few spots where you can seize the remains of the day with a chill beverage or two.

Over in the East End, Unter Biergarten offers a hefty list of ales, and its sunken patio is bathed in the shadows of the surrounding buildings, which mitigate the heat of direct sunlight. But if you want to go somewhere a little more removed from the bustle of East Avenue, with more rays, The Daily Refresher is perfect. There are two outdoor spaces located in the back of the building: a ground-level patio with picnic tables and benches under a tree canopy strung with fairy lights, and a spacious elevated patio with one of the best but least-discussed views of downtown. Though you can get a charcuterie plate and small plates to share inside, the business's own food truck is parked behind the building year round, offering burgers, sandwiches, and fries.

Happy hour is 4 to 7 p.m. on the weekdays, featuring $9 cocktails and $3 draught beers. If you choose the Fighter's Chance, the skilled bartenders will make you something that encapsulates summer on command, built up from your spirit of choice and taking flavor suggestions from you. But conversely, any of the drinks on the house cocktails menu are good, particularly the Foreign Affair ($10), a warming, whiskey-based beverage shaken with sherry, Cardamaro, cinnamon syrup, and strawberry-rhubarb shrub. Sipping on a Foreign Affair while watching the sun set slowly behind the Rochester skyline is a good way to wrap Thursday.

Sipping wine while sitting outside a bar is the best way to pretend you are in a small European city, but with 100% less cigarette smoke. Just around the corner from the Daily Refresher, Park Avenue's Apogee Wine Bar has some outdoor seating along its storefront windows. It's not a patio per se, but it does give patrons the opportunity to relax while people-watching (and its proximity to a pet groomer increases the likelihood of dog passersby, too).

Apogee offers wine by the glass or the bottle, so you can unwind solo with a book or uncork with a few friends. On the menu: The Bera Moscato d'Asti ($30/bottle) is a decent sweet white that tastes like candied fruit. Dr. Loosen Red Slate Riesling ($32) is also a good choice. Unlike most Rieslings, Red State is not overpoweringly sweet, and has a dry finish. And it never hurts to pair a glass with the decadent cake du jour ($7), courtesy of Scratch Bakery. For the hotter weather ahead, keep in mind that Apogee serves wine slushies ($8).

There are few things more relaxing than having a beverage so close to gently flowing water that you can see and hear it. And there are few better views of the Freddy Sue Bridge than from the right-on-the-river back patio of Silk District Pub, which has several tables and a few fire pits. The current menu features plenty of brews and ciders on tap, including the crisp and light B. Nektar Zombie Killer cider from Michigan and the local Rohrbach Neapolitan Scotch Ale, a new creation from Railroad Street. Normally I would consider a Scotch Ale to be an autumn/winter beer, but this variation's ice cream flavor makes it perfect for a sunny day.

We have a waterfall in the middle of the city, something that no other city in the state of New York has. The next nearest US city with an urban waterfall is Patterson, New Jersey, and you should not have to subject yourself to New Jersey. I want you to be happy, Rochester. At the Genesee Brew House, you have a choice of three outdoor spaces: on the ground level, the second-tier balcony, or the rooftop. So there are plenty of places to sit and gaze upon High Falls, preferably while sipping on the Genesee Shandy ($5), a light and crisply refreshing blend of Genny mixed with fresh squeezed lemonade.

You may be one of the many who have had trouble finding Genesee's seasonal Ruby Red Kolsch in stores. Why not go straight to the Brew House to pick up a case? It's also available on draught. And the Brew House menu offers light to heavier fare, from the Bavarian pretzel with your choice of sauce ($10) to salads, sandwiches, burgers, sausages, and steaks and potatoes.