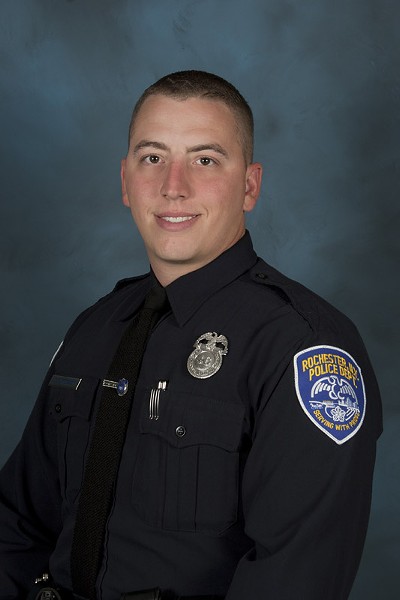 Michael Caruthers is accused of raping a teenage girl downtown last month, the day after he got out of prison. And Thomas Johnson III has been charged in the shooting death last week of Rochester Police Officer Daryl Pierson. Johnson is also a recent parolee. Caruthers and Johnson have pleaded not guilty.

Almost immediately following Pierson's death, Rochester Mayor Lovely Warren publicly vowed to work with state officials to examine the issue of former prisoners returning to the Rochester community — re-entry. Acknowledgement of the problems associated with re-entry goes back to at least the administration of former mayor Bob Duffy.

Approximately 20 prisoners a week are released from state prisons into the city, says a 2009 paper from the Center for Public Safety Initiatives at the Rochester Institute of Technology. These individuals often have histories of unemployment and drug and alcohol abuse.

And most will return to neighborhoods that are already struggling with crime, poverty, unemployment, and related issues. In the troubled 14621 ZIP code in Northeast Rochester, for example, one out of every 3.9 males between the ages of 20 to 49 is either on parole, probation, incarcerated, or otherwise under the supervision of the criminal justice system.

The effect is to further destabilize neighborhoods. The concentration of former prisoners influences everything from teen pregnancy, the paper says, to the sexual victimization of younger women and girls.

It also seriously hinders any chance of reform for the former prisoners.

Any serious discussion about parolees in city neighborhoods must include the concentration issue, says John Klofas, professor of criminal justice at RIT. Also important: lack of re-entry resources and the heavy caseloads carried by parole agents.

But at least people are talking about re-entry now and the needs and public safety issues that go along with it, Klofas says. That wasn't always the case.

"The funding was never adequate to begin with and never expanded the way it should've been," he says. "But you can't complain about the early days, because we at least recognize the whole question of re-entry."

Something to keep in mind: though many parolees — 39 percent — will find themselves back in prison, for most, it will be for parole violations, not violent crimes.

According to the New York State Division of Criminal Justice Services, 256 parolees were arrested on felony charges in Monroe County from 2004 to 2013. That's 5.5 percent of the total felony arrests over that time.