February 25, 2021
"When you're a person with an eating disorder," said Mary Tantillo, the director of the Western New York Comprehensive Care Center for Easting Disorders, "your enemies are uncertainty, ambiguity, unpredictability."

That's why, she said, there's been a surge in new eating disorder cases in the past year. The coronavirus pandemic, combined with social and political unrest in the past year, created a perfect storm for the disorders that affect nearly 1 in 10 Americans. 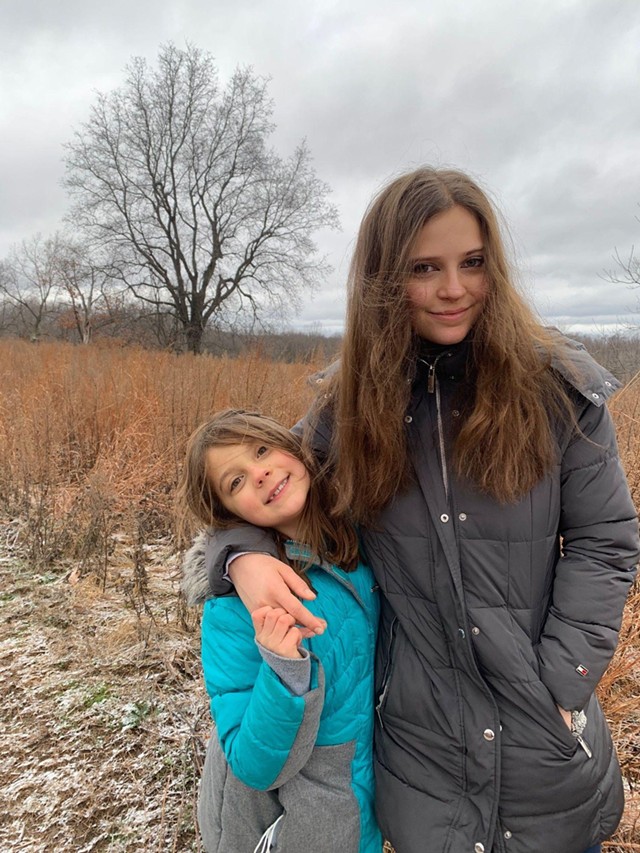 "Even people who were doing well in the past found themselves relapsing, because it's very frightening and anxiety-provoking, and it's overwhelming," Tantillo said.

The National Eating Disorders Association is reporting a 70 percent increase in requests for help during the pandemic.

Ana Dobrot, a 15-year-old from Victor, experienced significant changes in the last year.

"I've had eating disorder tendencies for most of my life, which I think is just attributed to diet culture, and I think everyone has a little bit of that," Ana said. “But I didn't actually start having severe eating disorder behaviors until about a year ago."

She said she began restricting calories and over-exercising.

"I actually started mostly because of the pandemic," she said, "because I was so disconnected from everyone that I felt like it was the perfect time for me to do something that I knew wasn't very healthy for me and I knew I could do it without people trying to change my habits."

Even though Ana was at home with her family, her parents were busy working remotely and helping a younger sister with her schoolwork.

Ana was making her own breakfasts and handling her own class assignments. Her mom, Gabi, said she initially appreciated Ana's independence.

"At first it really seemed like a great idea," she explained, "but as the disconnection became more and more visible, it was obvious something was wrong."

That's where the pandemic restrictions were helpful, in a way. Because the family was stuck at home, Gabi was able to eventually see that Ana was cutting calories and exercising too much.

"Eating disordered individuals, they're very good at hiding their disease, so it would have probably went on for much longer had I not been home to see that things were not right," Gabi said.

Ana’s symptoms included fatigue and an elevated heart rate. Sometimes when she stood up, she would get dizzy and temporarily lose her vision.

She was hospitalized for two weeks in July and then entered a partial hospitalization program. Now she is being treated as an outpatient.

"I'm definitely not fully recovered, and I still need a lot of support," Ana said. "I've been working against stopping behaviors and not having thoughts and trying to stop calorie counting, but obviously it doesn't go away right away."

CLOSING THE GAP ON RESIDENTIAL TREATMENT

Some adolescents with eating disorders require an extended stay in a residential treatment program where they and their families learn how to manage their daily meals and lives.

"They’re gonna need a middle step, and that's where residential treatment can be very helpful," Tantillo said. "Because you're basically medically stable and you're not a danger to yourself psychiatrically, but you need a lot of psychological support."

For people in the Rochester area, that would mean temporarily relocating out of town or out of state. The closest program is a 5 ½-hour drive to Westchester County.

Tantillo and the nonprofit she founded are trying to change that.

This month, The Healing Connection is scheduled to close on a five-bedroom home in Pittsford with enough space for 10 residents.

The organization is applying for a license with the New York State Office of Mental Health to operate a residential program for girls between the ages of 12 and 18.

There's a reason the program will target this age group, which experiences key physical, social and emotional development.

"Nutrition during adolescence is super important," said Tantillo. "You're growing, right? And your brain is changing, and you need a certain amount of nutrition to make that happen."

Not all people with eating disorders will need long-term residential care, but for some, it's critical in to overcoming the illness.

In the continuum of care, a stay in a residential treatment program is that in-between step for those who require it.

"A residential program is going to provide you support 24/7, whereas partial hospital is only going to provide you support maybe six or seven hours a day, and then you've got evenings and weekends, which are very high-risk times for patients and families where the eating disorder can try to take advantage of the patient and really get them thinking in an unhealthy way," she said.

In a residential program, residents' meals and bathroom use are monitored.

They have access to around-the-clock help with meal planning, group therapy as well as support for families.

"There's a ton of parenting skills for recovering that we have to teach parents and family members to support adolescents when they're not doing well with the eating disorder," Tantillo added.

Previous efforts to establish a residential treatment center locally proved unsustainable due to a lack of coverage by insurance providers, Tantillo said.

Now, she believes many more people with eating disorders qualify for coverage, thanks to mental health parity laws that require insurers to view mental health benefits as equal to medical and surgical benefits.

The Healing Connection has launched a $1 million fundraising campaign for the project and hopes to open the residential treatment home in the spring of 2022.