December 08, 2022
Sherry Walker-Cowart, a longtime figure in Rochester’s police oversight efforts, has been named interim executive director of the Police Accountability Board.

The decision was made in a Thursday emergency meeting of the PAB, in which six members of the board voted unanimously for her appointment behind closed doors. Boardmembers Daniel Cadet and Danielle Tucker were not present at the meeting.

Walker-Cowart replaces Conor Dwyer Reynolds, the PAB’s first executive director who was fired last month after a six-month investigation determined he violated multiple city policies during his tenure. Duwaine Bascoe, who served as acting manager during Reynolds’ suspension, is to step down from the position but remain on staff.

Larry Knox, president of the board, said Cowart-Walker offers an opportunity for the PAB to move forward.

“One thing that is really important as we go forward is the community is looking at us right now,” Knox said. “We need leadership, and we need to 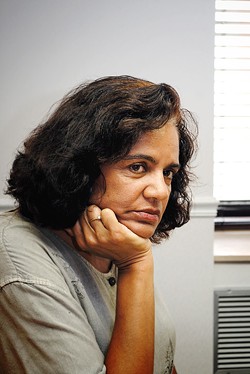 show that we can do better than we’ve done.”

Walker-Cowart was until 2016 the president and CEO of the Center for Dispute Settlement, an organization which oversaw the Civilian Review Board (CRB). The CRB was a predecessor to the PAB, tasked with reviewing incidents of misconduct in the Rochester Police Department and making recommendations on findings, as well as policy and procedure. The CRB went defunct in 2021, as the PAB began to take shape.

After leaving the Center for Dispute Settlement, Walker-Cowart was the executive director of the city’s Traffic Violations Agency, and a consultant at the Ramerman Leadership Group, a business consulting firm.

Staff members of the PAB, who are seeking to unionize under Workers United, lamented not being included in the process of selecting a new leader. Prior to the board going into executive session, staff member Tiffany Heard called out a list of demands, including having staff present during the vote and delaying the vote until the general board meeting next week.

“I want to state, for the record, that the board has denied another request (from staff) to ensure the success of the agency and be directly involved in the appointment of the interim ED,” Heard said.