Out Alliance board suspends agency's operations, lays off staff

The board of the Out Alliance, an LGBTQ advocacy and services organization that’s been active in Rochester since 1973, has suspended the agency’s operations because of financial problems, it announced Friday.

“We hope that this cessation in our services will be temporary and that, after reassessing and restructuring the organization, we will resume our vital mission, stronger than ever,” read a statement from the board posted to the Out Alliance website.

The statement was released just hours after agency staff members released a lengthy letter about the agency’s situation and future, which was posted to Facebook early Friday by Kat Wiggall, database administrator for Out Alliance. They stated that they’d all been laid off effective Friday and that “at some point in the near future” the agency will temporarily close its doors to “restructure and rebuild.”

“As a staff, we are currently searching for ways to provide resources and services for the community until the agency returns,” the Facebook post reads. “We are struggling with the heartbreak of feeling like we’ve failed the community, and we fear for what could happen to those people that come looking for us and need assistance in our absence.”

The Out Alliance, which was formerly called the Gay Alliance of the Genesee Valley, has served as a political and social voice for the LGBTQ community for over 45 years; it was heavily involved in the push for marriage equality in New York. It has also served as a cultural hub, provided social work services, and developed education programs for schools and workplaces.

The board’s announcement came two days after CITY reported that the agency was facing financial problems, which began when the 2018 Pride Festival lost money and spiraled from there. The festival is the organization’s largest fund-raiser.

Related Out Alliance at a crossroads, faces uncertain future

Out Alliance at a crossroads, faces uncertain future
Financial problems have thrust Out Alliance, a prominent voice in Rochester's gay community, into upheaval and put its future in question.
By David Andreatta
News
On Wednesday, board President Matt Burns said that 2019 was a better year for the organization as revenues grew, operational expenses decreased, and the Pride Festival generated money. He added that a wealthy benefactor, whom he declined to name, died and bequeathed a six-figure sum to the organization in his will.

But as has been the case with many other organizations, the COVID-19 pandemic “exacerbated the agency’s already delicate financial position and halted its ability to generate any upward momentum,” the board explained in its statement. The state issued shutdown orders forced the organization to cancel this year’s Pride Festival as well as other revenue-generating events and programming.

“Given the current financial situation, the Board has made the difficult but necessary decision to discontinue the agency’s operations,” the statement reads. “Now we embark on the arduous task of crafting an organization where everyone buys into a more active and purposeful role in building a diverse organization. We hope that this cessation in our services will be temporary and that, after reassessing and restructuring the organization, we will resume our vital mission, stronger than ever.”

On Wednesday, CITY also reported that executive director Jeff Myers had resigned two weeks ago as the board began investigating employee complaints against him. Myers has said that he’s been told only that the complaints deal with discrimination and that he denies any allegations.

In their letter, the Out Alliance’s six full-time and four part-time staff members criticized the board for a lack of transparency and communication about the status of the organization and their jobs.

After Myers resigned, the board named no interim leader and staff members “were given little to no guidance, support, or direction,” nor were they allowed to schedule programs, or organize education and training sessions, the employees wrote.

They added that they were not “allowed to reach out to community partners or community members to seek assistance to save the agency or our jobs.” They also complained that until earlier this week, they weren’t able to get the board to sit down with them and explain what was happening with the Out Alliance and their jobs.

“We recognize the anger, pain, and frustration this delayed communication has caused,” the board said in its statement. “Our response to the community’s questions about the agency’s status is not due to a lack of transparency. We have a legal responsibility to maintain confidentiality to protect staff and the Out Alliance. We care enough about the Center to not jeopardize its future.”

The board also said it will share more next week about how it plans to move forward with revamping the organization. 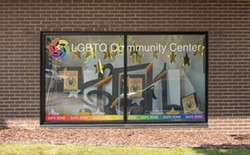 In their letter, the staff members noted that they’d been working hard to address a long-standing criticism of the Out Alliance: that it didn’t equally represent people of color. It wasn’t until recently, they wrote, that the LGBTQ+ Community & Resource Center “became a place where black and brown members of our community began to feel welcomed and wanted.” They only recently began to see themselves reflected in the agency’s staff, in its programs, and in its magazine, Empty Closet.

They wrote that they were concerned that their work could be undone and included several demands for the organization as it moves forward:


Jeremy Moule is CITY's news editor. He can be reached at jmoule@rochester-citynews.com.