May 25, 2022
This year marks the bicentennial of the birth of  Frederick Law Olmsted, the man responsible for many of Rochester's most cherished public spaces.

The renowned landscape architect is best known for designing New York City's Central Park, but he also created the layout for six of Rochester’s green spaces, from Highland Park to Jones Square.

An essay in words and photos by Lauren Petracca.

Monica Ortiz and David Treu, of Greece, picnic in the shade at Highland Park. 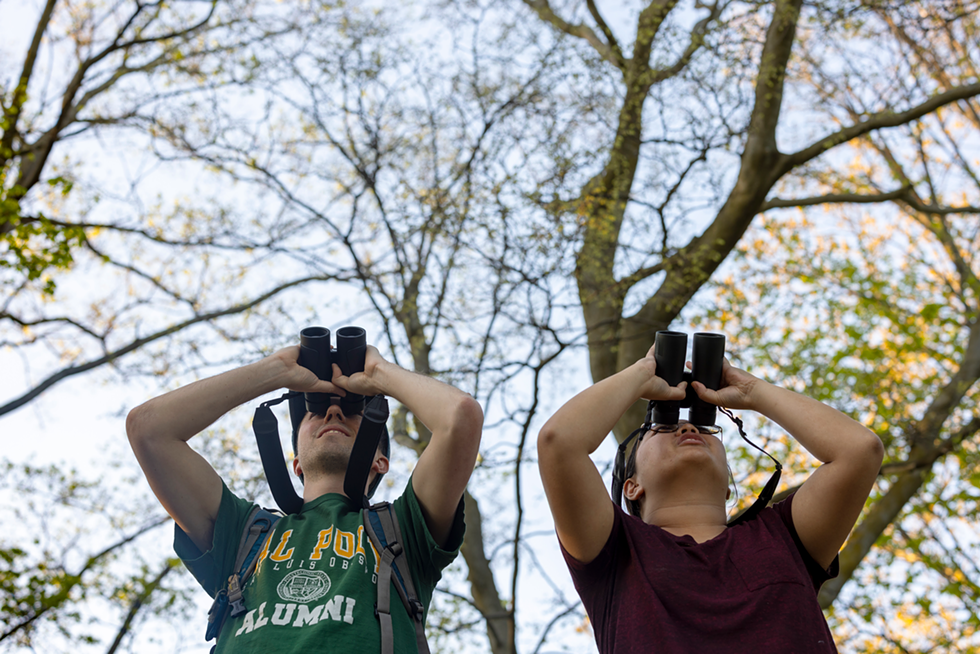 Nate Homan and Faye Romero birdwatch in Highland Park.
Homan and Romero recently moved to Rochester from the San Francisco Bay area.
“I am really grateful for the people who had the foresight to set these spaces aside,” Horman said.

Autumn Arnold, left, and Kimberly Ward practice yoga at Highland Park.
“Anybody can come here and enjoy this space together,” Arnold said.

Madeline Hubert, a florist, arranges flowers for a photo shoot at Highland Park.
Rochester is just one of a handful of American cities with park systems designed by Olmsted, who completed around 500 commissions during his career, from parks to private estates and academic institutions.

Zero Walker, 10, talks with her dad and brother as they have lunch in a tent in Maplewood Park.
“I wanted to bring the grill, but they wanted McDonald’s, so that was the compromise,”
said her father, Alvin Walker.

Sam Kelly wheelies on his dirt bike through the parking lot of Maplewood Park.
Kelly and his friends use the park as a meeting spot before riding through the city.

Olmsted's creations reflected his belief that parks should promote recreation and restoration, a sense of community, and be accessible to all people, regardless of economic status, who could share in the experience of interacting with nature within an urban environment.

Edgardo Santos scrolls through his phone in Jones Square Park.
Santos said he walks through the park every day on his way to work at Saratoga Pharmacy.
“It seems peaceful in the morning,” he said.
In Rochester, Olmsted urged city leaders to acquire land along the Genesee River, from which he crafted what he called an “emerald necklace” of parks and gardens.

Christophe Simpson tosses a rugby ball while waiting for his weekly kickball game to start at Genesee Valley Park. 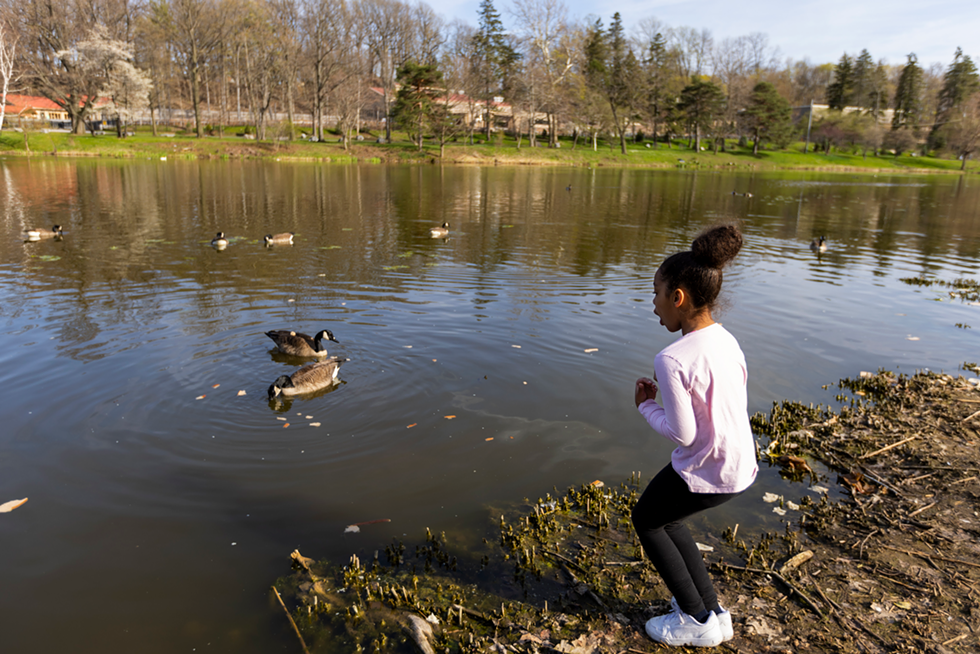 Heaven, 6, of Irondequoit, quacks like a duck as she feeds the geese at Seneca Park.
“They’re so kind,” she said. “I think their quacks are saying, ‘Thank you.’”
Today, 134 years after the inception of Rochester’s park system, whether patrons walk among the blooming magnolia trees in Highland Park, jog the trail system in Genesee Valley Park, or feed the ducks in Seneca Park’s ponds, they have Olmsted to thank.