A return to order and decency at City Hall 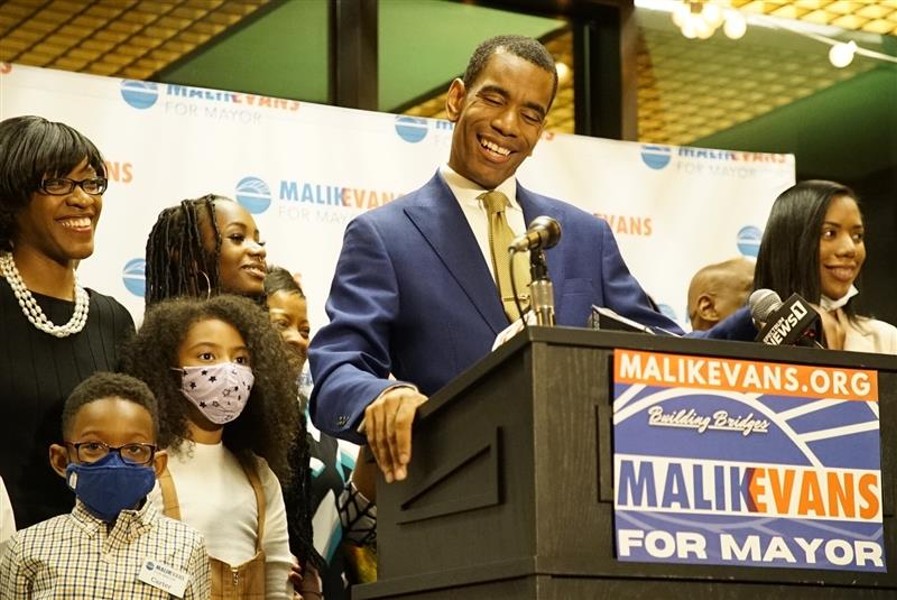 And just what the city needs right now.

For the better part of a year, Rochester has been whipsawed by scandals that were the making of either Warren or people close to her — her mishandling of the death of Daniel Prude, her indictment on felony campaign finance fraud charges, and her husband’s arrest for what prosecutors allege was his role in a cocaine ring.

There is no one or anything else to blame for the conveyor belt of chaos that has choked the city like the Inner Loop, although the mayor has tried.

She has cried racism and misogyny and politics, just as she did at the first whiff of scandal to touch her administration two weeks into her tenure with the disclosure that she had hired her uncle to lead her security detail.

They rejected Warren by a 2-to-1 margin, opting for a candidate in Evans who during his time on the Board of Education and City Council earned a reputation for keeping his head amidst chaos and, more importantly, not sowing any.

The turmoil engulfing the mayor offered ample opportunity for mudslinging on the campaign trail. Evans took none, much to the dismay of many election watchers who mistakenly viewed his reluctance to get dirty as a weakness instead of what it was — decency.

“When you get down in the mud, guess what, the mud splashes back at you,” Evans said after the election. “And I don’t have any mud on me because we stayed positive. We wanted to run a campaign the same way we will govern this city: organized, disciplined, and focused.”

Evans’s decency was on display from the outset of his campaign in January, when he declined to take the bait Warren served up in a deplorable statement she issued a few hours after he announced his candidacy.

“We’ve prepared for this moment,” the statement read. “All over the country, unfortunately, it’s been out brothers that have been first in line to take on sisters. The powers-that-be playbook hasn’t changed since the days of slavery. We know our ancestors are looking down upon us and asking, ‘When will our people learn?’”

The implication was that, by running against her, Evans was perpetuating a long history of Black men trying to hold Black women down.

“The Warren campaign is committed to breaking these generational curses,” the statement went on. “We’re confident that He who delivered us two victories will deliver us another victory.”

The capital “H” in “He” suggests Warren was referring to God. But it wasn’t divine intervention that delivered mayoral election wins to Warren. It was the Democratic political machine run by her mentor, the cantankerous late Assemblymember David Gantt.

Flagler-Mitchell is the minister and married father of eight children who, according to prosecutors, used his standing in the community to prey on women for sex.

Felder is the former minority leader who was ousted from his post for stubbornly pushing a pupil of Gantt’s and Warren’s as the next Democratic county elections commissioner over the objections of the rank-and-file of their party.

Together, Felder and Flagler-Mitchell, with the blessing of Warren, orchestrated a breakaway bloc of Democrats in the County Legislature whose sole purpose, it seems, is to align with Republicans to spite their colleagues in the chamber and County Executive Adam Bello.

The behavior of all of them in recent months — the dissembling, the dodging, the deflecting — is right out of the Gantt playbook. Democratic voters wisely said enough was enough.

When Rochester can’t host political and business leaders from out of town because they’re too embarrassed to be photographed standing with the mayor, that’s a problem for the city.

When the person asking Albany for financial aid for Rochester is its mayor who, along with the city’s finance director, is under indictment for alleged campaign finance shenanigans, that’s a problem for the city.

When Rochester’s police chief goes to Washington for federal help in curbing gun violence, and the mayor’s husband is an accused drug dealer with associates who go by “Mush,” “Dred,” and “Storm,” that’s a problem for the city.

Warren’s place in history as the first woman and the second Black person to lead Rochester is secure. Her achievements — from the historic investment in the filled-in Inner Loop to investing in neighborhoods and promoting homeownership — were not insignificant.

But as the saying goes, we are the company we keep.

No one with money to spend right now is going to invest in a city whose leader is so radioactive, and no leader can effectively lead with such weighty distractions in her personal life.

What the city needs moving forward is what Democratic voters delivered when they gave Evans his mandate: a mayor whose house is in order, whose sense of decency is not in question, and whose instinct is to unify people.

Rochester knows Evans, a financial executive by day with a wife and two young sons, to be a conciliator who understands government, neighborhoods, and people.

Call that boring, if you will, but it is just what the doctor — and voters — ordered.