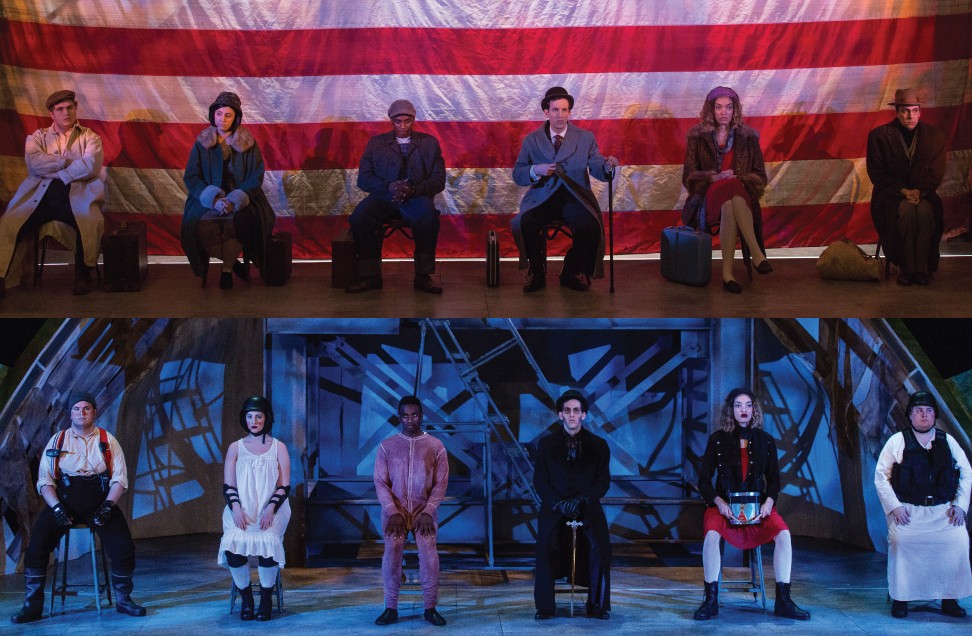 In staging its 2019 fall double bill, Eastman Opera Theatre and director Stephen Carr had the challenging task of linking two musical theater pieces with seemingly contrasting plots and moods to create a fluid narrative.  But the subtle  similarities in theme are what bind  "Mahagonny Songspiel" and  "Der Kaiser von Atlantis" in this highly intelligent presentation.

It’s no secret that I’ve consistently heaped praise on Eastman Opera Theatre for its insightful productions in the last five years: 2014’s gripping “Dialogues of the Carmelites” by Poulenc; 2015's enigmaticenigmatic “Hydrogen Jukebox” by Philip Glass; 2016's haunting version of “The Turn of the Screw” by Benjamin Britten; 2017's  opulent and rare “L’incoronazione di Poppea” by Monteverdi; 2018's presentation of the poignant requiem “The Tibetan Book of the Dead" by Ricky Ian Gordon; and last spring’s #MeToo-era take on the masterpiece “Don Giovanni" by Mozart.

Under the leadership of Artistic Director Steven Daigle and Associate Artistic Director Carr, the productions have been nothing if not consistent and professional-grade. But until Eastman Opera’s double-bill presentation of composer Kurt Weill’s secular cantata “Mahagonny Songspiel” and composer Viktor Ullmann’s satirical morality tale, “Der Kaiser von Atlantis” — running through Sunday, November 10 — it was unclear what made things truly tick.

Cohesive ensemble casts of strong student singers, a keen selection of underappreciated operas, and clever but minimalist set design by Charles Murdock Lucas have all been contributing factors to EOT’s artistic success. But the key linchpin is the directors’ intelligent take on dramaturgy — the study of an opera’s creative roots, historical context, internal motivations, and performance history. In other words, how do you take a story concept and actualize it on the stage? 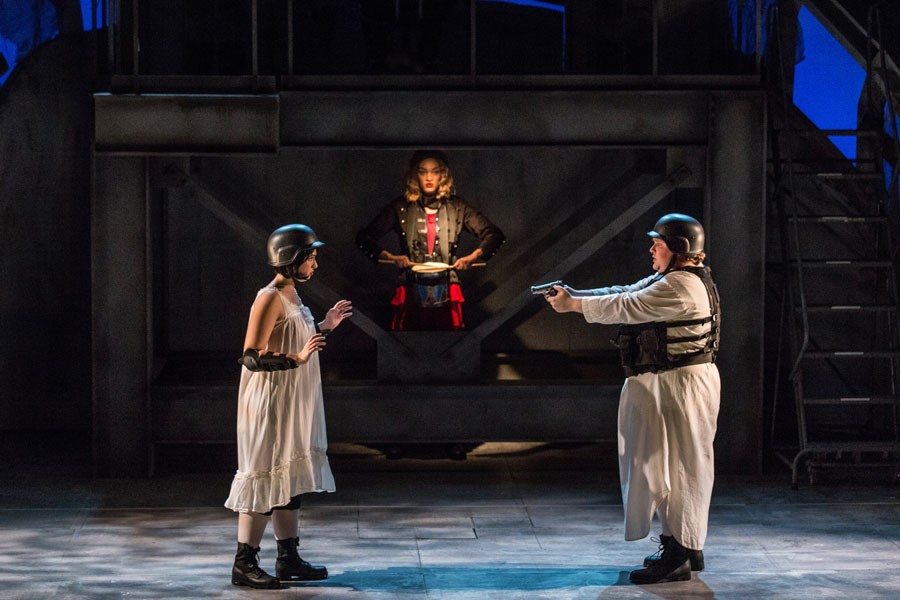 Weill and poet Bertolt Brecht’s “Mahagonny Songspiel” is a series of songs about people looking for new freedom in a fictional American city in Alabama, only to be shackled by the pursuit of sex, money, and booze.  On the other hand, Ullmann and librettist Peter Kien’s created “Der Kaiser von Atlantis” while both were imprisoned by the Nazis at the concentration camp in Terezín. The opera is an absurdist but true-to-life allegory about a sociopathic dictator who tries to enlist Death itself in his war against all of humanity; Death retaliates by refusing to let anyone die.

Carr’s answer to the puzzle was to set “Mahagonny” at a United States customs port, circa the 1920’s, where hopeful individuals seek a fresh opportunity in a place they imagine to be paradise on earth. As the newcomers wait to be approved by customs officials prior to the official start of the performance, the office suddenly closes, and the reality of living a life of unfettered self-gratification in Mahagonny slowly settles in.

The overall tone of Weill’s music is jocular, but a sense of menace creeps behind almost every phrase. Conductor Wilson Southerland’s tempo was deliberate and never rushed, but the music never lacked energy; the chamber orchestra’s playing was highly articulated and emphatic.

Highlights from “Mahagonny Songspiel” included sopranos Sophie Thompson and Alexis Peart’s performance of its most famous tune, “Alabama Song (Whisky Bar)” — a kind of ode to obsession and addiction — and Weill’s orchestral quotation of Mussorgsky’s “Night on Bald Mountain” during the “Revolution in Mahagonny” scene.

Lyrically, it’s Brecht’s lyrics for the gambling scene in “Mahagonny Song” that particularly resonated: “But today everyone sits in God’s suburban living room/ They win every hand, but have nothing to show for it.”

God finally pronounces judgment for the sins of Mahagonny’s citizens, who boycott hell and declare the dream of Mahagonny a farce. By the time the final note of the piece was sung, Carr had successfully pulled off one of the most seamless transitions I’ve seen between acts, and set the stage for “Der Kaiser” in a post-apocaylptic world where Emperor Overall rules homicidally from inside the Statue of Liberty’s crown.

While “Mahagonny Songspiel” calls for plenty of vocal duets, quartets, and other combinations, “Der Kaiser von Atlantis” allowed several of the singers to show off their chops in dynamic solo turns. Baritone Patrick Graham’s turn as the emperor was formidable. He projected vocal strength, but the tone itself was beautiful to listen to — perhaps a reflection of the character’s self-delusion about the power he wields. Bass-baritone Nicholas Dankner’s stoic presence as Death was belied by his warm and lyrical sound. Tenor Jonathan Rhodes gave an effusive performance as the Harlequin, with a smooth and resonant timbre that had staying power. David Wolfe’s booming bass voice impressed as Loudspeaker.

The balance between the singers and the orchestra good throughout the evening, but especially during the Ullmann opera. For a staging that consisted of a fair amount of the traditional “park-and-bark” to operatic performance, it’s a testament to Carr’s direction — and to the singers’ ability to inhabit the emotions of the characters through the music — that the production was so engaging.

The evening ended with these sobering but satisfying words from “Der Kaiser von Atlantis”: “The people sing to death/ Let this commandment be our truth: The great and sovereign name of Death must never be taken lightly.”

Daniel J. Kushner is CITY's music editor. He can be reached at dkushner@rochester-citynews.com