Only the movies you want to see 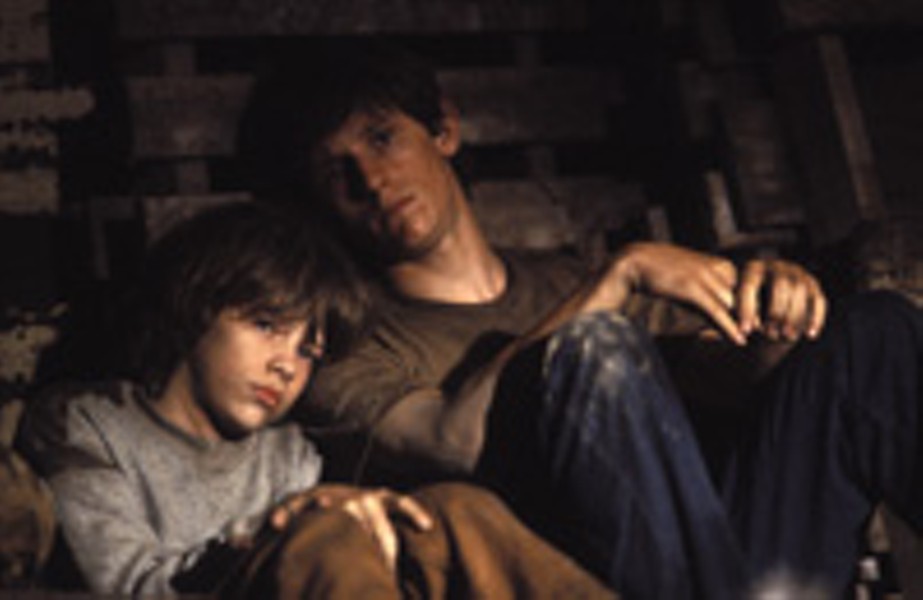 Metro Goldwyn Mayer Coming of age on the run: Jamie Bell and Devon Alan in Undertow.

As I was thinking about how to structure this piece on the films of autumn, I became hung up on the notion of film criticism versus movie reviewing. Film criticism is an art that seems to require a thorough steeping in film history, astute reasoning, an extremely keen eye, and the ability to concisely convey your thoughts using clever word-type thingies. This paper has a film critic, and it ain't me.

I'm a movie reviewer, which isn't so much an art as it is a scam, and I feel semi-guilty. Sure, I've seen more than my share of flicks, having worked on the exhibition side of the business called show for a number of years, but my opinion is no more valid than yours and you really shouldn't listen to me.

Still reading? Fine. This fall movie preview will consist solely of the films that I am most looking forward to and why, and I am so drunk on self-importance right now that I've decided to set this article to the tune of "Super Freak," in homage to the late Rick James. It's also in chronological order in case you don't want to sing along.

Please note that I so don't like Jude Law, and despite the fact that he has a handful of films coming out before the end of the year, I am only mentioning him to let you know I won't be mentioning him.

John Woo didn't corner the market on Hong Kong shoot-em-ups with maudlin music and simple dialogue. One cop infiltrates a gang while another cop sits snugly in the gang leader's pocket as both sides try to root out the mole. See it before Scorsese's remake comes out next year so you can outsnob your chums with comparisons between the two films. (Release: September 17, limited)

I love John Sayles but haven't been too thrilled with him lately (perhaps we're dating). Hopefully we can kiss and make up as a result of his look at the state of our country. Chris Cooper plays a Dubya-type politician who may be connected with the dead body found on the set of his TV ad. Good gravy, it sounds like Lone Star. Yay! (Release: September 17, limited)

Gael Garcia Bernal (Y Tu Mamá También) portrays Che Guevara in Walter Salles' adaptation of Che's memoirs about the revolutionary's travels through Latin America as a young man. The kids wear the shirt, and now they might even learn why. (Release: September 24, limited)

True story: I was working at a movie theatre that was showing David O. Russell's Spanking the Monkey when a little old lady plunked her money down and requested, "One Spanking, please." His new comedy stars Dustin Hoffman and Lily Tomlin as a married couple who help people with their existential crises. The cast also features Jason Schwartzman, Mark Wahlberg, and He Who Shall Not Be Mentioned. (Release: October 1, limited)

This Sundance award-winning documentary has gotten a ton of buzz and looks at the complicated relationship between Courtney Taylor of the Dandy Warhols and Anton Newcombe from the Brian Jonestown Massacre. (Release: October 1, limited)

Billy Crudup left his pregnant girlfriend for Claire Danes after they shot this period love story set amidst the footlights. It had better be good. (Release: October 8, limited)

Master filmmaker Mike Leigh's latest features British character actress Imelda Staunton in an Oscar-bait performance about a woman, devoted to her family and friends, who performs abortions on the side in 1950s England. (Release: October 8, limited)

I know, I know --- I'm sick of Jennifer Lopez, too. But if you've seen the Japanese original about a dance instructor who inspires a milquetoast, you know that the source material is so good that it should be tough to screw up. And I am the most naïve optimist. (Release: October 15)

The South Park creators jettison the construction paper in favor of marionettes who fight terrorism via musical numbers and swearing. Why not? Something's bound to work. (Release: October 15)

It's All About Love

Finally, something else from Denmark's Thomas Vinterberg, who made the first (and possibly the best) Dogme 95 film, The Celebration (recently released on DVD, incidentally). It reunites U-Turn's Claire Danes, Joaquin Phoenix, and Sean Penn in a futuristic thriller about a divorce that's not going as planned. (Release: October 29, limited)

To my eyes, France's Fanny Ardant is the most beautiful woman in the world. She plays opera singer Maria Callas for director Franco Zeffirelli in this fictional look at the last few months of the diva's life. (Release: November 5, limited)

If the trailers are any indication, Pixar Studios will extend their winning streak with this chunk of animation about a family of retired superheroes called back into action. It features the voices of Craig T. Nelson, Holly Hunter, Samuel L. Jackson, and Jason Lee, and it's by the director of The Iron Giant! (Release: November 5)

Bridget Jones: The Edge of Reason

Renee Zellweger revisits her Oscar-nominated role as Bridget Jones in this sequel to the totally delightful --- yet still slightly edgy --- Bridget Jones's Diary. Only problem is, the novel on which this film is based was rather awful. Hopefully they can work some Bridges of Madison County-type magic. (Release: November 19)

Writer-director Pedro Almodóvar is back with this bit of noir about a transvestite (the suddenly ubiquitous Gael Garcia Bernal) who reunites with an old friend in the 1980s as he tries to cope with his childhood molestation by a priest. (Release: November 19, limited)

Producer Jerry Bruckheimer and Nicolas Cage together again? In an action flick that sounds like The DaVinci Code with an American slant? If anyone needs me, I'll be in line. (Release: November 19)

Do we really need this sequel? Probably not. But Ocean's Eleven was a cash cow full of gorgeous people having too much fun, and this heist goes down in Italy with the main 11 characters from the first film (Clooney, Pitt, Roberts, et al.). If it ain't broke. (Release: December 10)

The final entry in 2004's Fall Movie Preview is the movie about which I am most excited. Director Wes Anderson (Bottle Rocket, Rushmore, The Royal Tenenbaums) can do no wrong in my book, and his latest stars the great Bill Murray as an oceanographer on the trail of the shark that ate his partner. Also starring Cate Blanchett, Angelica Huston, and Owen Wilson, who for the first time does not share screenwriting credit on a Wes Anderson film. Anderson co-wrote Aquatic with Noah Baumbach, a clever filmmaker in his own right (Kicking and Screaming). (Release: December 10, limited)

Remember that release dates, as well as my mind --- and maybe even about Jude Law --- are subject to change.