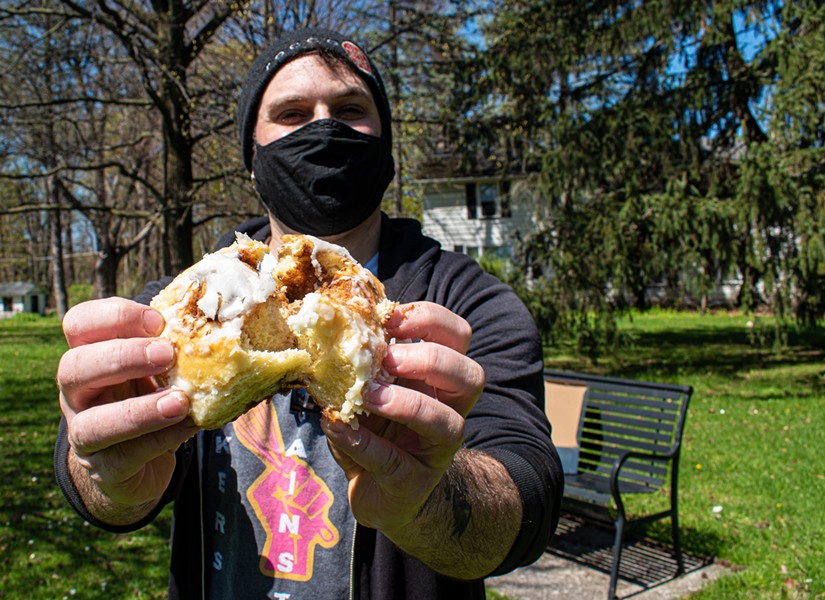 He fires up his oven at 3:30 a.m. and bakes for three hours before setting out to deliver fresh scones, Danishes, and brioche buns to city cafes and shops.

“I get back right in time to go upstairs and help my daughter get ready for school,” he says, adding that he starts prepping for the next day’s baking when she leaves.

Olek has that flexibility in his schedule because he doesn’t work at a commercial bakery, but rather out of a commercial-grade kitchen he built in his basement, where he does business as Black Cat Baking Co.

His is one of hundreds of home-based food businesses in Monroe County whose ranks have exploded here and across the state since the onset of the pandemic, as hobbyists who were hunkered down at home turned their quarantine into an opportunity.

Starting a home-based food business in New York requires applying for an exemption to licensing laws governing largescale food manufacturers. Last year, the state Department of Agriculture and Markets, which oversees the exemptions, saw applications jump 56 percent over the previous year, according to the agency.

Monroe County outpaced the state by a landslide, according to the agency, with applications from here doubling to 101 between April 2020 and March 2021 from 48 in the prior 12-month span.

The marked uptick should perhaps come as no surprise, with so many employees in the restaurant industry having been out of work and the prospect of starting a business from home with little overhead dangling in front of them like a carrot.

There is a wide array of foods that home-based food businesses can make in their home kitchens — from cookies to marmalades and popcorn to vegetable chips.

But bakers by far occupy the largest piece of the home-based food processing pie. Of the 101 new applications for licensing exemptions in Monroe County, 92 of them were from people who intended to make baked goods under company names like Baked with Love, Sweetology, and House of Schmouse. The rest were for candy, maple syrup, kettle corn, tea, and nuts.

So yeah, that “homemade” buttery, laminated pastry you’re enjoying with your morning coffee at your favorite cafe, or the cake that’s capping a dinner out, might have actually been made in someone’s home. 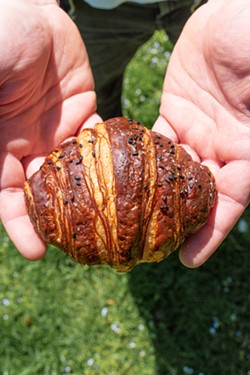 Olek sells his baked goods, which include specialty items such as a vegan chocolate-strawberry version of Pop-Tarts, at Ugly Duck Coffee, Rococo Coffee at Mercantile on Main, and Abundance Food Co-op, to name a few shops. His more frou-frou desserts, such as mini Bananas Foster cakes, can be found at spots like Rella.

Ugly Duck Coffee owner Rory Van Grol has been selling Olek’s pastries since 2015, before Black Cat had a name and before Ugly Duck itself had a brick-and-mortar store. Their friendship goes back 25 years, and having begun his cafe as a pop-up venture, Van Grol has an appreciation for small, home-based food processors, whom calls “really passionate and loving people that excel at their craft.”

“Brick-and-mortar locations can be such a big hurdle for a lot of folks that don't have the resources to start at that point,” Van Grol says.

There are restrictions to what home-based food processors can make and sell. Any food that requires refrigeration, for instance, is prohibited. That puts items like pickled eggs, canned fruits, and cream-filled pastries off limits. You can find the full list and regulations at agriculture.ny.gov/food-safety/home-processing.

For bakers, in particular, there are pitfalls in the restrictions that can easily be overlooked. Frostings that were made with butter, eggs, milk, or cream cheese cannot be used, for example. Whereas caramel apples are in bounds, candy melts are out.

It can get tricky, and the territory can shift. Caramel apples were added to the list of permitted items just a few years ago, along with trail mix and dried soup. 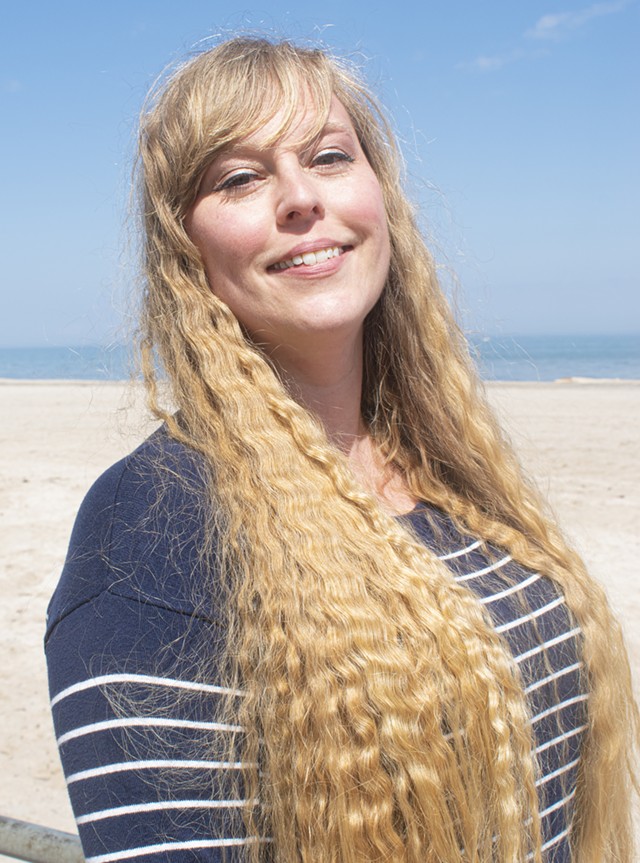 Registered home processor Carter Burwell of Burwell Kitchen diligently reads the regulations and stays in touch with an agent at the Department of Agriculture to make sure she’s in step with what’s allowed.

“In looking at (the list), they have added newer things that are prohibited, like cocoa bombs and fudge/caramel sauces, since I last looked,” Burwell said.

She can begin to sound like a mad scientist when she narrates how she’ll alter a recipe to get it in line with the rules: “I've gotten confirmation that shortening-based frostings are okay, so that's an option for vegan and regular items for home processors. No cream cheese though. Still waiting on a response regarding Italian meringue buttercream, since it has a syrup cooked to 240 degrees poured into it.” 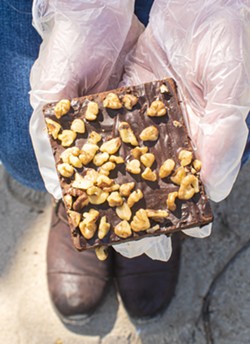 Burwell doesn’t sell her creations to cafes and other businesses; she offers her baked goods and candies on a subscription basis to individual patrons. One of her most popular subscriptions is her rotating versions of Rice Krispies treats, which she makes in various creative batches such as chocolate Irish cream or lavender lemon, and sells by the pan. Subscribers get a pan of a different flavor each month.

“Her use of salt to balance out the sweet is perfection,” dedicated Burwell buyer Laura Seymour says. “We also really enjoy the serving sizes because they're perfect for two people.”

Some of the restrictions require home processors to devise ways to follow the rules and provide their unique and delicious products. Burwell says the limitations have boosted her creativity.

“I'm always looking for a challenge, so to be given a list of 'don'ts' that I can turn into 'do's' is invigorating,” she says. “Learning all the rules so I can figure out how to navigate around them and continue to make the same level of stuff is fun. Maybe I should have been a lawyer.”