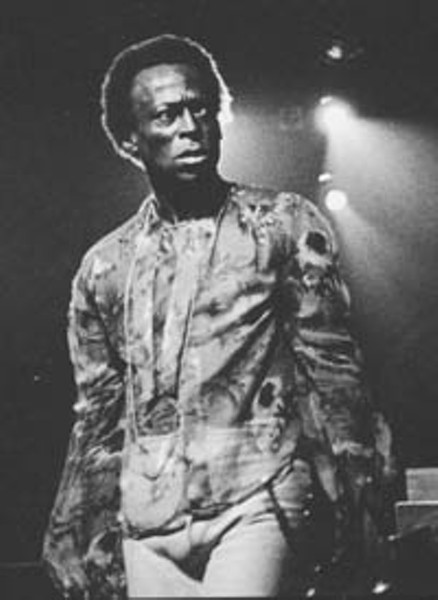 The jazz film makes a welcome reappearance in the RIJF lineup this year. On Wednesday, June 15, at the Eastman Theatre, you can relive the great plugged-in controversy as it related to Davis, not Dylan, during a free 8 p.m. screening of Miles Electric: A Different Kind of Blue.

The history books tend to throw all the credit Jimi Hendrix's way for influencing Miles Davis to plug in and chart a whole new way of working in 1970. But it was also Band of Gypsies drummer Buddy Miles, with his rough-hewn and polyrhythmic back beats, who turned Davis on. When guitars, pianos, and even Davis' trumpet were electrified, they stole attention from the drums Davis allowed to get nasty.

The aftershocks of '70s-era Davis left all sorts of building blocks. His groups would play for hours as the tapes rolled. Teo Macero, Davis' producer, was the sound collector, sifting the reels and splicing together what became a landmark string of remixes as records (Live Evil, Jack Johnson, Big Fun, On The Corner...). The future of jazz, they said, was at stake.

A Different Kind of Blue catches Davis live before 600,000 flower children at the Isle of Wight Festival in 1970. Oscar-winning director Murray Lerner (the unofficial Isle of Wight documentarian) captures the context handily in interviews with Davis' rock contemporaries. But the music's the thing, and the Eastman Theatre should be an ideal venue.